I am a reporter and most of my friends are journalists. I am also a passionate advocate of media literacy. As much as it pains me to write this, readers should always approach news articles with a skeptical eye, no matter how well-respected the publication or journalist who published it is. One article should never inform your opinions about a country's policies or culture.

This Economist blog post about how easy it is for foreign correspondents to fabricate quotes -- or even entire stories -- hit close to home for me because I work in Taiwan, where I write for a local English-language newspaper in addition to freelancing for foreign publications.

The Economist post was prompted by the Johann Hari scandal. Hari made a name for himself as a foreign correspondent for The Independent before he was accused of plagiarizing quotes from other articles and attacking his critics by inserting insults into their Wikipedia entries under a pseudonym. Instead of sacking him immediately, The Independent merely suspended him and allowed him to publish a lengthy, tedious and excuse-ridden fauxpology.

The Economist writer then cites several examples of unscrupulous behavior he or she has witnessed from colleagues. For example, some foreign correspondents are able to write in-depth stories about a country's culture or policy despite being barely functional in its language because they simply make up quotes.

Others fabricate entire stories, like “the foreign correspondent who wrote a vivid portrayal of an Asian dog meat restaurant, complete with descriptions of brutal dog-killing, callous chefs and hungry punters, without actually visiting the country in question, and who -- when I challenged him -- told me ‘oh that, it was a bit of imagineering.’ The gentler souls who use foreign languages to cut corners.”

Those examples made me livid. The “vivid portrayal of an Asian dog meat restaurant,” written for a Western audience, seems tailor-made to follow a narrative and feed into stereotypes that impact people of Asian descent living all over the world, not just in Asia.

I must note that majority of the foreign correspondents I know in Taiwan are extremely hardworking. Yes, there are a few who market themselves as experts in Taiwan’s extremely complicated political and cultural history despite the fact that they cannot string together a complete sentence in Mandarin. But most of my peers balance language classes with multiple freelance gigs or work closely with translators if a publication is willing to hire one.

Why then are people like Johann Hari able to score high profile gigs with newspapers like The Independent while many of their more ethically minded peers toil away in relative obscurity? Well, for one thing, making stuff up sure saves you a lot of time. Being able to come up with stories about sensationalistic topics like brutal Asian dog butchers catches the attention of editors who can’t fact check your article because of language differences -- and editors will continue to work with you if you keep producing stories that will score readers.

There will always be Johann Haris running loose on different continents, flashing their press credentials while indulging their nascent interest in fiction writing.<

In my own career, I’ve known of journalists who have fabricated quotes; interviewed people who are experts in their field and, instead of properly attributing quotes, wrote the article to sound like what they learned from their source was original research; or hauled along a language exchange partner on reporting trips and had them do translation work for no credit.

As a reporter, it makes me sad that journalists have such a lousy reputation but, to be blunt, some of the complaints made about us are valid. Never, ever let one story influence your view of country’s people, culture or its foreign policy. Always approach articles with a skeptical eye -- or at least not with the blind faith that Johann Hari’s editors invested into him. 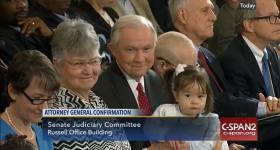