For anyone who has ever admitted to being more likely to think than to act, Japanese master Natsume Soseki's novel And Then will resonate keenly, even harshly. Its protagonist Daisuke is the Meiji-era version of a couch philosopher, who spends his days in Tokyo reading the books in his library, writing correspondences to his acquaintances abroad, visiting geishas, and bolstering his personal philosophy of life. Periodically, he will take a trip to his wealthy father's house to collect his allowance. He is, he believes, self-contained -- and thinks the fact that he is simply a spectator of the world around him only better positions him to be a stellar critic of it.

Through the eyes of this man-child, we are introduced to Soseki's meditation on the troubling early years of adulthood, a time further complicated by the societal changes besetting a modernizing Japan. In his late twenties, well-educated, and with nary a finger ever lifted in gainful employment, Daisuke has perfected a careless sort of existence, the placid surface of which begins to crack when Hiraoka, an old school friend, returns to Tokyo with his frail wife, Michiyo. The latter is a figure to whom Daisuke seems fatefully and powerfully drawn, despite the certainty of social ruin if he tries to claim her as his own.

But And Then, first published in 1909 as the second in a trilogy of novels and re-released now with a lucid translation by Norma Moore Field, is less a love story (though it is that, too), than it is a bitter ode to self-awareness. Daisuke is the sort of individual who feels physical aches due to his highly evolved sensibilities, and who reflexively sets himself apart from the world in which he lives: "Society appeared to him like a flat surface partitioned according to a complex color scheme. And he could only think that he himself had no color whatsoever." As a keen observer of his surroundings, he lives in a state of perpetual separation, finding points of difference in every quadrant of his life.

Fans of Soseki's earlier works, like the playful I Am a Cat or the popular Sanshiro, will find And Then a denser and more interior work. Daisuke philosophizes for pages on end, the starkness of which becomes tedious at times. Faced with the possibility that his father will stop supporting him financially, Daisuke is so disheartened that he altogether skips over workable solutions and instead perceives “his own shadow in the crowd of beggars that roam[s] between man and beast." (The reader may groan in a few other spots as well.)

Still, as with many masterpieces involving a silly, noble and often unlikable protagonist (like the intensely alienated character of Oba in Osamu Dazai's No Longer Human), readers often willingly take the bad with the good. The reward is to witness the evolution of such characters, as self-containment gives way to a hobbled attempt to live in the real world. Whether this ends in disaster is, of course, not the point. And Then is just such a work: it's worth reading for the
fierce knot of revelation and despair in the last few pages alone. 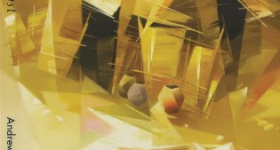