EDITOR'S NOTE: Shortly after September 11, 2001, New America Media editor and author Andrew Lam received a letter from his cousin in Vietnam, posing a simple question: Is coming to America still worth the journey? Following is Lam's response. This letter, originally published by Pacific News Service in 2001, has been updated by Lam, who reflects on his cousin's question, ten years later.

Is coming to America still worth the journey? Since 9/11, your question has sprung from many corners of the world, and the answers may trouble the hearts of those who once dreamed of the grandeur of America.

In a way the dust cloud from the destroyed World Trade Center a decade ago hasn’t fully settled. It continues to veil our nation’s once blue and gracious sky. To live in America these days, I’m sad to say, is to accept a new set of norms.

First and foremost is the erosion of civil liberties. Mass deportation of undocumented immigrants who toil on our land has become the new norm, and those without proper papers get swept up in wide sweeping government dragnets, and many sent to detention centers to await deportation. Never mind that they leave husbands, wives, and children behind who lead shattered lives.

Documented immigrants too face unfair treatments. Those who were found guilty of a crime – sometimes a misdemeanor offense – could render you eligible for deportation. A classic case: A construction worker peeing in the street was arrested for indecent exposure. He was sent back to Cambodia, a country he has no memories of since he fled as a little boy. He left behind a wife and several children in the United States.

But the erosion of rights is not limited only to immigrants; it extends to all citizens as well. It erodes slowly but surely at the core. Nowhere is this more obvious than at American airports, where talk of dissent, even in a casual conversation, might likely cause you to be reported. Arrests happen when someone or another mentions the word bomb, even as a joke. Even an accent can land you in jail: A South Asian man was arrested for allegedly making a terrorist threat at Chicago O’Hare airport. What did he do? He purportedly said the word “pump” to the TSA agent who heard it as “bomb.”

My real fear, however, is that it’s the country itself that has become a kind of mega-airport. With the extension of the so called Patriot Act, the U.S. government can probe deeply into private lives, as this new law gives the FBI power to obtain records without a warrant, wiretapping anyone it deems a suspect, an act that overrides the constitutional rights of citizens. In such a new America, one checks one's tongue, one checks up on one’s neighbor, and one’s neighbor does the same.

While America once stood for freedom and democracy, it is not clear what the nation stands for these days. Abroad, two wars are being waged in the name of security but at home, that insecurity defines the general mood of the populace. In the last decades, we have condoned torture in the form of waterboarding, and we kidnap foreign citizens and call it "extraordinary rendition." We assassinate our enemies by using drones in the sky, and we call the killing of innocents who are caught in all of this war against terrorism “collateral damage.” It is yet another new norm – a bitter pill – that we learned to swallow.

The country is willing to override law in the name of security, and nowhere is this more atrocious than the holding of suspects at Guantanamo. These people, some who were as young as 14 when caught, remain indefinitely incarcerated, their human rights robbed without due process. These days, I fear that to be a patriotic immigrant is to love the ideals of America despite what the United States is doing in the name of patriotism and security.

And as far as I am concerned the only good patriotism is a civilized one. Blind patriotism always leads to a bloody end, and an unchecked government that functions behind a veil of secrecy should never be tolerated. For when a society hides behind the apparatus of draconian policy, one that has no check and balance, the only logical outcome is injustice and cruelty.

So is coming to America still worth the journey, you ask? Not so long ago, who would have thought to ask such a question? Once, the American Dream, or rather, the dreaming of coming to America, was like a siren’s call that caused the movement of millions from many an ancient homeland and stirred the souls of many millions more.

Alas, to reach the American shore these days is a much more difficult undertaking, with fewer ready-made promises at the horizon. People are still coming, albeit at the threat of deportation and false arrests. They come, in spite of everything, because their willpower is made of fire and steel.

You who dream of the ideal of America, you should come. The America that once inspired millions can still live on in the eye of the newcomer. And the ideals remain; those that we all aspire to, everything you and I have ever dreamed of -- transparency, opportunity, due process, fair play and a promise of expansion and progress. America is where you work hard and earn respect, build a home and raise your kids, and where, with determination and a clear vision, you can rise to your highest potential. America tolerates difference, understands diversity and assumes you are innocent before proven guilty. America allows you to practice your religion, protects your privacy and encourages you to dream. It is a place where you can speak your mind and disagree with your neighbors, your politicians, even your government, without fearing violence or arrest.

So my answer: I still want you to make this difficult journey, but you must be prepared for the challenges ahead. And I'll let you in on a secret about this American Dream you spoke so fondly of: It is you who renews it. Without you, who dreams the American dream, the country is in danger of becoming old and senile. Without your energy, we would weaken. Even if we don't know it yet, we all desperately need to be reborn through your eyes.


Andrew Lam is author of "Perfume Dreams: Reflections on the Vietnamese Diaspora" and "East Eats West: Writing in Two Hemispheres." His collection of short stories, "Birds of Paradise" is forthcoming. 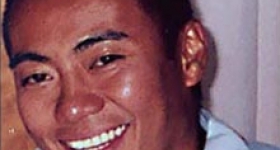 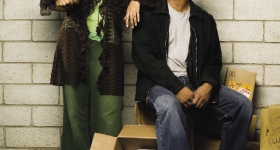 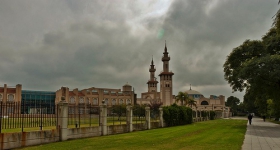