In 2009, Anh “Joseph” Cao was elected to represent Louisiana’s second district, becoming the first Vietnamese American congress member. Perhaps even more stunning was the fact that he was a Vietnamese American voted into office by an overwhelmingly black, Democratic district -- and the first Republican elected there in almost 120 years.

Cao is the affable protagonist of Mr. Cao Goes to Washington, director S. Leo Chiang’s follow-up to the Emmy-nominated 2009 documentary A Village Called Versailles, which chronicled a Vietnamese American community in New Orleans that fought the opening of a toxic landfill near their homes post-Katrina. Like Chiang’s previous film, Mr. Cao proves that, for some Vietnamese Americans, life in The Big Easy is anything but.

Chiang documents Cao’s surprising rise on the Louisiana political scene (backed by wealthy white southern Republicans), as well as his struggles to serve both his constituents (particularly post-BP oil spill) and his conscience (he’s staunchly pro-life), culminating with his eventual fight to be elected to a second term. As someone who’s seen their fair share of sleazy politicos both Asian American and not, I can say that Chiang comes off as a decent fellow unfortunately caught in the crosshairs of race, politics, and racial politics.

It’s a naturally compelling story, and, Chiang is judicious with editing in the first half, which gallops along at an enjoyable clip. Chiang is obviously a skilled documentarian, with an eye for telling details and scenes, and the right mix of news footage and original scenes. The film offers the rare glimpse into the day-to-day of an Asian American politican: gladhanding voters, writing his own speeches, humbly asking donors for money, playing basketball with schoolkids, and being called out by reporters for changing sides on an issue.

It’s a complex portrait of a complex politician, albeit one that I wished went into more detail in some places (his wife and family, the negative ads his campaign chose to run against his opponent) and tread more lightly in others (the second half of the movie drags a bit with its portrayal of Cao’s bid for re-election). Mr. Cao starts out strong and triumphant but lacks the fortitude to finish with the same amount of promise -- not unlike Cao’s own brief political career. 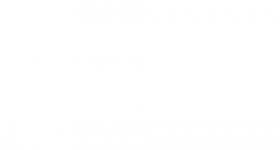 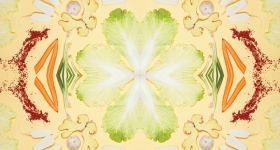