Deciding Not to Bail

In the months after I got back from my psych
hold, I launched an investigation. Research question: Why do some people
never think to walk off a bridge?

To me, death seemed such a logical solution: Life suck? Be rid of it!

Yet all around me were people for whom that logic was
unthinkable, for whom 2 + -2 did not amount to 0.

So I interviewed them. Some on the phone, some in person. I
took a few notes, but mostly I asked questions and sometimes argued back -- because
they seemed crazy to me.

Some of my interview subjects were close friends who knew
where I’d been. Others thought this was more of a philosophical inquiry. Some
had gone through hard, mettle-testing things. Others had had run-of-the-mill
crappy upbringings like mine.

But whereas I constantly
chose to eye life’s emergency exits (even in cases of non-emergency; it was
just nice to know I could leave), they
uniformly found no comfort in this. To them, the idea of dying was pretty
horrifying, actually; they assumed that living was better.

“Even if you were maimed?” I demanded. Of course, there were
extremes to which I could push that question, at which they would likely
finally meet me and concede that living was not better under absolutely all
conditions. But fact was, I didn’t need to go there; I didn’t need extremes at
all. I lived daily in such profound ambivalence that it wasn’t hard to tip the
scale.

After all, I had thirty years of data (a long time as
longitudinal studies go) indicating that no matter how hard I worked, or how
decent I was, how smart or thin or nice, failure could and would still find me,
and it would wipe
me out. Perfect or nothing. Succeed or be worthless. And since I could
never be perfect, I’d always be worthless. Who could live like that?

“If you were me,” I asked them, “why wouldn’t you bail? Isn’t thirty years of an experiment enough?”

The answer was always some variation of “It gets
better.”

Right. And Jesus was the son of god, and also your ancestors
are watching from the altar on the table.

I railed against that answer, which seemed to me as
irrational as any other opiate. At least my
security blankets did not depend on leaps of faith.

But the point of this was, I didn’t want to keep doing what
I’d been doing. I wanted to see how the other half lived. So I closed my eyes
and leapt -- down the rabbit hole.

It was like DIY cognitive-behavioral
therapy. I practiced believing in bright futures, rerouting my thought
processes, changing my inner narratives about events. I’d stop myself mid-snark
and think, “No, things will be okay.”

It was completely unnatural and felt utterly ridiculous.
Like wearing mental bunny-ears. I kept wanting to rip them off, they were so
embarrassing.

But I had a mantra to come back to whenever least convinced
this would work. It came from a phone call with a boy -- the same boy I’d
called from the hospital -- during which I’d been indignantly explaining that
he didn’t understand what it was like being broken by your own parents. We
didn’t date long, because he was apt to say things like this:

“You know what the key to the past is, Sam?”

Who says that?? I
thought to myself. Who says, “the key to
the past” like they know what it is?? What an asshole.

“The key to the past is the future.”

And he was right.

Over the next few years I decided no tragedy is a tragedy ’til
it ends. And that what lay ahead could change the meaning of everything behind
it.

It may be that you, too, have a decision to make.

If so, repeat after me.

Ask a Model Minority Suicide is
a series on mental health. Introductory post
here.
Resource Guide here.
Go here
to see all posts in this series.

Comments,
questions, or stories can be posted below -- or sent privately to Sam at
aamms[at]hyphenmagazine[dot]com. 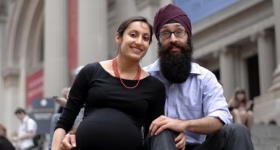