Sethi, co-founder of the hip-hop crew SlumGods, was featured in a 2007 story on South Asian hip-hop in Hyphen's Issue 13. He recently answered some questions over email about how going to Punjabi school brough him to hip-hop; who he has been listening to on his iPod; and how Hyphen was the very first magazine to cover him.

Tell us a little bit about your musicality. How did you decide this is what you wanted to do?

I got into music through playing the tabla and harmonium at Punjabi school in Los Angeles. Growing up in L.A., I found my way to the sounds of jazz, funk and punk, and eventually began playing bass and writing spoken word and finally made my transition into emceeing. Hip-hop was a huge part of who I was as a child growing up in Los Angeles, especially with its immense freestyle culture.

How do you feel it differs being an Asian American musician in today's world?

It is a blessing bcause you have the ability to share your culture with the world as well as draw support and inspiration from people both in America and abroad, even back in our respective homelands. I think it is also a category that boxes a lot of people in. For some people, the word "Asian" has never meant them even though they technically come from that region. In the mainstream US, it refers to Korean, Chinese and Japanese. In the UK, "Asian" encompasses more South Asians, specifically Indians and Pakistanis. So although to be called Asian American is a broad generalization of one's identities, it's also a vibe I'm proudly representing -- South Asia and more specifically India.

Who are your main influences?

My peers; my environment, whether it be L.A. or India; my family and friends in New Delhi, Bombay, L.A., SF, NY ... actually the whole world.

Is there anything you feel strongly about, that you're trying to highlight in your music?

I definitely try to keep a socially conscious message going throughout all of my music, but most importantly discuss the issues my peoples (Punjabis/Indians/people of color/minorities in America) are dealing and struggling through. Documenting the beauty of our struggle and translating it through poetic justice.

If I was to turn on your iPod right now, what five artists/songs would I see on your recently played list?

Since it's Hyphen's 10th year celebrating, please humor us by telling our readers why you decided to come support us by performing!

Hyphen was the FIRST magazine (print or digital) to cover what I was doing with the music and how my identity played into the larger conversation of hip-hop. I still have the article. I had just moved to the Bay Area and was going to college. Good times!

Responses have been edited and condensed by Hyphen staff. See Sethi perform at Hyphen's Generations: 25/10 bash on June 30 in San Francisco. 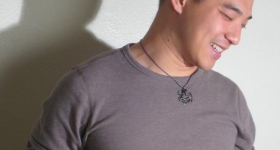 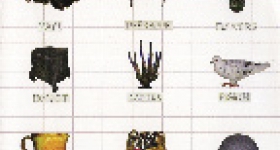