Roped into a trip to a table-tennis tournament in rural
Michigan, my husband and I found ourselves pulling up to a middle-budget motel
that promised relentless air-conditioning during a weekend of 100-degree
weather. Our motel was on the same stretch as a small Baptist church, an adult
boutique that claimed to have revitalized the lives of many couples, a big-box
grocery store where the greeter said “God Bless You,” and several fast-food
joints. As we were checking into the motel, an Indian teenager dressed in a T-shirt
and basketball shorts emerged from a doorway connected to the reception area
and hopped into a car parked in the lot. I figured him for a high schooler
working a summer job. But during our three-day stay, it became clear that he
lived in the motel. On occasion, I would see him carrying plastic bags loaded
with vegetables from the nearby Bombay Grocers, or in the lobby watching a
music video on his laptop. The older Indian woman working the front desk caught
me staring at him, and the next time I walked by he was still watching music
videos but now had his headphones on.

Sociologist Pawan Dhingra was not looking to write a book
about Indian motel owners when he met some in Alabama. Yet he found himself
drawn to what he described as the “exciting and multifaceted dynamic” of their
lives as they attempted to create a space for their families and to build a
community for themselves. In Life Behind the Lobby: Indian American Motel
Owners and the American Dream, he invites us to consider the two contrasting
narratives that frame the lives of these motel owners and their families. The
first narrative is one of astonishing success. Indian Americans nationally own
roughly 60 percent of what he calls budget-oriented motels and more than half
of franchise motels built in recent years. A few months ago, Buffalo News
marveled that, while Indian Americans only make up only 0.3 percent of the
Niagara County population, they own nearly all of the budget motels near the Falls.
Manjit Saran, who was the first Indian to own motels on the popular tourist
strip, said, “It’s not Niagara Falls Boulevard anymore. You can call it Indian
Boulevard.”

In fact, Saran’s last name makes him a minority in the
Indian American motel circuit. Almost three-quarters of Indian American motel
owners have the same last name: Patel. In a 1999 New York Times article
catchily titled “A
Patel Motel Cartel?” an interviewee passed on the family joke when he said,
“In some American small towns they think ‘Patel’ is an Indian word for motel.”
While the Patels are not all related to each other, they do either come
directly from Gujarat or by way of East Africa or the United Kingdom. This is apparently
because the first Indian motel owner in the United States was a Gujerati.
Kanjibhai Desai purchased a residential hotel called the Goldfield in San
Francisco in the 1940s; his hotel drew other Gujeratis who were working as
laborers and needed a place to stay. Once there, these laborers gained insight
into the advantages of the hospitality business. The self-employment that the
motel industry offered was very attractive to these and other newly-immigrated
Gujeratis who spoke little English and were contending with discriminatory
labor practices

The stunning success of these motel owners has not gone
unnoticed by American politicians. Dhingra opens his book noting the numerous
political bigwigs such as Al Gore, Bill Clinton, Bob Dole and Newt Gingrich who
have spoken at conventions made up nearly entirely of Indian American motel
owners:

Indian
American motel owners appear as the American dream incarnate -- self-employed, self-sufficient, boot-strapping
immigrants who have become successful without
government intervention. Regardless of the political ideology, these keynote speakers invoke the ‘model
minority’ stereotype to describe Indian American
motel-owners, praising them as a group that has overcome obstacles on the road to greater achievement and implying
that racial or cultural inequality is no
longer an issue.

In our telephone conversation, Dhingra spoke compellingly of
the American dream as an important through-line in his book. “The American
dream was relevant from the beginning but it’s more complicated than a thumbs
up or thumbs down. I didn’t want to tell a simple narrative. I wanted to bring
together contrasting narratives.” Thus, even as we are wowed by the dramatic
rise of Indian motel ownership, which Dhingra meticulously chronicles for us,
he juxtaposes that narrative against the day-to-day realities of this industry.
One of Dhingra’s informants recalls a phone call he received from the franchise
corporation regarding a pre-existing highway billboard for a motel he had just
purchased. The representative asked him if he realized that the billboard had
an American flag on it. She then awkwardly proceeded to intimate that he was
not really American, whatever his passport may say.

The use of the American flag to undermine Indian-owned
motels is by no means a recent innovation. In a
collection of essays about the Great Plains in the 1980s, Jim Hoy and Tom
Isern wrote of coming across numerous “Asian Indians” running motels in Texas,
Oklahoma, and Kansas, and seeing American flags pop up in front of competing
motels to signal white ownership. One sign in Oklahoma read “Okie
Owned.”

While many owners felt that they had seen a decrease in
racist encounters with customers, they could still recall a few. There
were the customers who left upon discovering that the motel was Indian-owned.
The more subtle ones would drive through the parking lot cautiously while
trying to ascertain the ethnicity of the owners before driving off. An independent motel owner in Toledo said,
“When you treat [non-Indians] good, they so, oh, you are good. When you tell
them you cannot do this, then they tell you, you are a foreigner.” Dhingra
notes that it’s very likely that the motel owners underestimated the number of
times their non-Indian workers may have ameliorated the anxieties of customers
without informing the owners themselves. One white desk clerk told Dhingra that
it was not unusual to be asked if the owners were “Arabs or Iraqis.”

Dhingra charts the myriad ways in which Indian motel owners may
imbue the lobby with an aura of acceptability. This includes hiring white women
as desk clerks, assigning one’s children to help with chores in the motel but
keeping them out of sight in key areas such as the lobby, and ensuring that
guests cannot smell any Indian food being cooked in the family’s quarters. This
last strategy was particularly important to a number of Dhingra’s informants,
some going so far as to install an exhaust system to dispel the aroma of the
food. Dhingra even recalls an Ohio-based motelier who placed the well-known
Christian plaque of praying hands above the front desk despite being a
practicing Hindu.

These motel owners and their families offer striking glimpses
of what one might imagine as an isolating landscape in which to live. Talking
about the dearth of dining options for a vegetarian in Lima, OH, one motelier said, “I go to Taco Bell and get things with beans. Burger King has a veggie
patty.” There’s something interesting going on when Burger King becomes
a Hindu’s source for vegetarian food. Simultaneously, it’s clear that they do
attempt to form some sort of community where possible, whether it is through
regular volleyball games among male owners or going to a Hindu temple in the
nearest city.

Dhingra’s book is unique in that while he obtains his data
from motel owners in a variety of American states, Ohio forms the backbone of
this work. “The Midwest has a key role in the American consciousness. It’s
known as the heartland and the heartland invites images of a nostalgic past,
whiteness (tempered by blackness),” he said. In his book, Dhingra elaborates:
“Ohio and other Midwestern sites (with the exception of Chicago) have been
overlooked not only in discussions of Indian Americans and Asian Americans but
also in discussions of immigration as a whole.”

When I asked Dhingra to recall a particularly memorable
individual or family, he was momentarily stumped. Then, he began
telling me about the female motel-owner in Wisconsin who said that she felt
sorry for women who had to work outside their home since she could both live
and work in her motel. Next, he told me about the motel owner who saw himself
as “a miniature Donald Trump,” and looked back derisively on his time as an
engineer trapped in the layers of corporate hierarchy. It became clear to me
that had he not had a flight to catch that afternoon, Dhingra might have told
me about every single person who had invited him into the intimate spaces of
their lives -- behind the lobby, and into the community well beyond.

Dashini
Jeyathurai is a doctoral candidate in the joint PhD program in English and
Women’s Studies at the University of Michigan, Ann Arbor. She blogs for
the South Asian American Digital Archive and
has an article forthcoming in The
Journal of Commonwealth Literature. 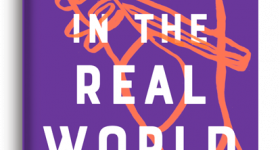