Last June, President Barack Obama
issued a directive, dubbed Deferred Action for Childhood Arrivals (DACA), that
would protect undocumented immigrant youth from deportation for up to two years
(with a possibility of renewal for another two years) and authorize legal work
permits. On Wednesday, Department of Homeland Security (DHS) officially opened
the application for the program.

The Migration Policy Institute
and the Pew Hispanic Center estimates that the initiative can benefit as many
as 1.7 million people. To qualify, applicants must meet a series of requirements, including age, education, and residency length,
as well as have a clean criminal record. Applicants must also submit to
biometrics and background checks.

Although estimates vary on how
many people will apply, some advocates still have concerns that the DHS will fail to protect applicant information and put
many applicants and their families at risk for deportation. DHS denies this
will happen.

“Information will not be shared
with enforcement. Confidentiality should be protected...but serious offenders
who pose threat to public safety, [their] case will be referred to ICE for
immigration enforcement,” a DHS official said in a call last week.

The DHS official said that anyone
suspected of fraud is likely to receive an interview from a fraud specialist
from U.S. Citizenship and Immigration Services (USCIS) and would also be turned over
to law enforcement for a criminal investigation.

Because of this, immigrant
rights advocates have encouraged communities to seek legal consultation, since
any individual who “engages in fraud will be referred to ICE and will be
treated as a priority case,” according to a senior administration
official on Tuesday.

The Asian Pacific American
Legal Center (APALC), based in Los Angeles, hopes to address the concerns of those
who believe applicant information may be abused.

“Families are concerned about
confidentiality,” Stewart Kwoh, APALC’s executive director, said in a press
conference last week. “We are working with organizations and legal staff with
issues of misinformation. We will have assurance that this will be a
confidential process.”

Regardless of these risks, many DREAM Activists and immigration advocates are encouraging more people to apply.

At the University of
California, nearly 40 percent of the students who could benefit from DREAM Act are Asian Americans and Pacific Islanders (AAPI). Filipino Americans
have the highest undocumented youth population among all AAPI
groups.

“In the Filipino American
community, whenever we talk about undocumented people, what do we use the term
as? Tago Ng Tago (TNT), which means hiding and hiding,” Vargas, who served as
grand marshal of the festival, said. “I’m tired of hiding...I grew up in this
country, was schooled in this country, paid taxes in this country. This is my
home and I wanted to claim the fact that I’m American. I’m a Filipino American
and I am not TNT and I am not hiding. ...The time for our community to be
afraid, to not want to talk about this is over."

Some undocumented immigrant
activists are trying to boost applications because they fear that there will be a
low number of applications out of all those who are eligible, and think this
would be counterproductive toward the immigrant rights movement.

“We need to come out,” Sofia
Campos, co-chair of the non-profit group United We Dream, said during a
conference call last week. “Our families are being deported and separated
everyday. Yet no one is speaking for them because no one is sharing our stories
and communities. We need to keep each other accountable and hold them together.”

Advocates have already expected
that the sheer cost of a single DACA application, a whopping $465, would curb
the number of applications submitted. The application fee was set high so that
DACA would be a self-funded program. Thus, various organizations,
including the Mission Asset Fund and Public Interest Projects, launched fundraising efforts to help undocumented youth
pay the application fee.

Many AAPI nonprofit organizations report that they are already flooded with
youth applicants seeking assistance.

Asian American Center for
Advancing Justice (Advancing Justice) California affiliates, APALC and Asian Law Caucus
(ALC) have had 250 people seek free legal services in San Francisco and Los
Angeles alone. The Korean Resource Center has received over 800 calls to their
hotline and they, along with Radio Korea, will be holding more information and
consultation sessions for an expected 450 youth. The National Korean
American Service and Education Consortium (NAKASEC) has also received hundreds
of calls since July.

While Obama has called the directive “a temporary stop-gap measure” and USCIS Director
Alejandro Mayorkas has said that DACA “does not provide lawful status or a
path to citizenship," most immigrant rights activists see the
administration’s policy as passing the litmus test for progress towards the
DREAM Act and comprehensive immigration reform in the future. Such legislation
remains contentious in Congress today, and Obama can use this policy to court
the Latino and AAPI vote for the 2012 election.

Some have worried that if Obama
is not re-elected for a second term, DACA could be reversed. Obama’s supporters
have called on immigrant communities to get out the vote to defend the policy.

“The fact of the matter is
deferred action is happening thanks to President Obama’s leadership, and for no
other reason,” said Congresswoman Judy Chu (D-CA), the Chair of the Congressional Asian Pacific American Caucus (CAPAC) and co-chair of the Obama Re-Elect Campaign. “If it were up to Congress,
Republicans would block it. They already have repeatedly with the DREAM Act. If
it were up to Mitt Romney, he has already said he wants to make life for
undocumented immigrants so bad that they are forced to self-deport.”

Despite his inability to vote,
Vargas also urged communities to vote in this November election. “It is also
important that as a community that we become civically involved and register to
vote,” he said.

We Own The Dream - Project of America’s Voice

Erin Pangilinan is a prolific writer and has worked as
a Philippine News Correspondent for over
six years and as a Change.org Immigrant Rights Cause blogger. Read
more work from Erin at erinjerri.com 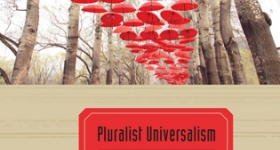 LTE wrote on Fri, 08/17/2012 - 9:49am
I would suggest the efforts should not be directed towards Obama's reelection and attention instead spent on promoting legalization through Congress. Under the US Constitution, immigration is the responsibility of Congress, not the president. . It was a no loser for Obama to issue the order and it will be a no loser for him if the order is withdrawn. . Karl Rove in an interview stated George W. Bush considered going down the executive order route but after consultation with legal experts concluded such a move would be unconstitutional and dropped the idea. Have no doubt Obama knew same and openly stated such a move is unconstitutional. Then he issued the order. . He gets votes, build up hopes and if a court reverses the order, can shrug his shoulders and say, oh well, I tried. . Now you have 1,000's of kids with updated records on file with the government and ICE. . There is a cruelty in what he did. . As for Mitt Romney, I think his view on illegal immigration as stated in the primary races were for show. Nothing wrong with self deportation, people did enter illegally, skirting the legal process. They go back to where they came from, no great loss to the US. Romney is not a hard core social issues guy, he rarely came down on the side of conservative issues before the race started. Never for a moment did I believe he was hard core on immigration, he was throwing out a little red meat to establish is conservative bonafides. Keep in mind, outside of a few outliers Republicans have been supportive of legal immigration. . In a few interviews discussing policy matters, he said the will of Congress will determine final law and my hunch is when presented with an immigration reform bill, he will sign it. I think Romney will be a good bridge between angered Americans and the children of illegal parents creating a reasonable balance between two groups at loggerheads with each other. . I have promoted a simplified plan for Dreamers. It eliminates mid steps permitting direct citizenship. It provides punitive measures which are to be borne by the parents who actually broke the law. The link: http://www.hyphenmagazine.com/blog/archive/2012/06/temporary-relief-drea... . I think this is a fair and reasonable solution. It eliminates the silly back of the line requirement and was produced by an American citizen never considered a bleeding heart.