When we talk about Asian
Americans, we're including a set of the American people whose background represents
over half of the world's population and approximately 50 countries.
Accordingly, this group contains significant diversity -- but often a sense of
shared experience can bring these communities together. California Assemblymember Mariko Yamada was able to relate her experience as a Japanese American
to the discrimination faced by Sikh Americans, and champion equal employment
opportunity through the introduction of AB 1964, a bill now being considered by the California legislature.

Yamada
represents the 8th Assembly District of California, including 10
cities in Solano and Yolo counties. She grew
up in the shadow of discrimination -- during the second world war, the US government imprisoned Yamada’s
family in the Manzanar War Relocation Center, one of 10 Japanese American
internment camps, and forced the family to start their lives over again upon
their release. They then relocated to an
African American community in the Five Points neighborhood in Denver in the 1960s. According to Yamada, who trained
as a social worker, “it was with this prism of racism and poverty that I found
my calling to stand up for social justice.”

Yamada saw parallels between the
experiences of Japanese Americans after Pearl Harbor and the experiences of
Arabs, Muslims, Sikhs, and South Asians after 9/11. In both cases, law-abiding individuals from minority
communities became targets of violence and discrimination due to their
appearance.

Several years ago, one of
Yamada’s Sikh friends was surrounded by security guards with guns drawn when he
reported for jury duty. Last spring, two elderly Sikh grandfathers in Elk
Grove, outside Sacramento, were shot and killed in what is believed to be a hate
crime. And late last year, Trilochan
Singh Oberoi, a Sikh man from Folsom, settled an employment discrimination
lawsuit against the California Department of Corrections and Rehabilitation
(CDCR). In 2005, the CDCR refused to
hire Oberoi as a correctional officer unless he shaved his beard. Despite a ruling by the State Personnel Board
that this policy was discriminatory, and despite decisions by the US Army and
Federal Protective Service to allow Sikhs to serve, the CDCR refused to hire
Oberoi. After years of litigation, the
case settled for almost $300,000 -- but the CDCR did not change its
discriminatory policy.

The Oberoi case is one of many such cases, according to Amar Shergill of the American Sikh Political Action
Committee. “As a Sikh trial attorney, I
have personally dealt with cases involving employment discrimination against
Sikhs," he said. "These cases involve a horrible social burden but they are made worse by
current laws that encourage litigation, burdening our state finances and our
court system."

After the Oberoi case, Yamada was motivated to propose a law
in the State of California, called the Workplace
Religious Freedom Act of 2012, to address the workplace discrimination faced
by Sikhs and other religious minorities. The bill number for this legislation, AB 1964, commemorates the federal
Civil Rights Act of 1964, one of the crowning achievements of the civil rights
movement. According to AB 1964 supporters, the legal standard for
religious accommodations under California law has been ambiguously tethered to
the weaker federal standard -- a standard that is so low that it allows employers
to discriminate with impunity.  AB 1964 is designed to eliminate this
ambiguity by clarifying that employers can deny a request for religious
accommodation only if it imposes a “significant difficulty or expense” on the
employer. AB 1964 also clarifies that an employer cannot segregate someone
because they happen to wear a religious headcovering, and employees may keep a
beard in accordance with their religion. However, religious accommodations
would not be required if they interfere with the civil rights of others or
prevent religious observers from complying with health or safety
requirements.  After being passed
earlier this summer by the California Assembly with an overwhelming 63 to 6 vote, AB
1964 is now being considered by the California Senate.

The California Sikh community, and in particular, the Sikhs of
Sacramento, have worked diligently in support of AB 1964. Some of them have personally experienced workplace
discrimination and have rallied around Yamada’s efforts.

"Sikhs in the
Sacramento region have a long tradition of supporting political causes and
engaging with the community," explained Darshan Mundy, Public Relations
Officer for the Sacramento Sikh Temple. "It
was these relationships that gave rise to a personal discussion with Assemblymember
Mariko Yamada and Senate President Pro Tem Darrell Steinberg regarding the
issue of employment discrimination against Sikhs. We are thankful that they
recognized the importance of the matter and that Assemblymember Yamada agreed
to author the bill."

The Sikh Coalition, the largest Sikh civil rights
organization in the United States, believes that the grassroots movement in
support of AB 1964, driven by the Sikh community, is a source of hope and
inspiration. According to Simran Kaur,
the group’s Advocacy Manager, “if AB 1964 becomes law, it will prove that
minority communities are an integral part of American society, with the power
to create positive change for all people through civic engagement and the
legislative process.”

Yamada sees the campaign for AB 1964 as an example of Asian
Americans building coalitions across diverse communities for the common
good. “The collaboration and sense of
unity among diverse organizations in support of AB 1964, regardless of race and
religion, is inspiring," she said. "What this bill
underscores for every community is the importance of civic engagement and
coalition building.”

This piece was co-written by Winty Singh, a resident of California and Volunteer
Advocate for the Sikh Coalition. He was born in India, raised in Canada, and has
lived in the United States for the past several years. Winty spends his spare
time writing, playing ice hockey, and entertaining his pet terror Cosmo. 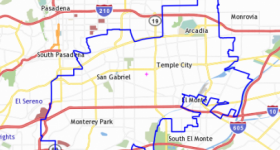 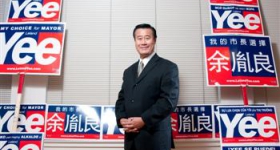