Just to be clear, the Asian
Culinary Forum’s Asian+Latin
Symposium has nothing to do with fusion cuisine.

Their opening panel on September 17th at the San Francisco Ferry Building, Shifting Borders, Changing Tastes framed
their 2012 theme closer to this: What lives are indicated by Asian+Latin dishes?

I think that’s good.
Because, to paraphrase panelist Kara Nielsen (trend researcher for CCD
Innovations), to even discuss “fusion” we first have to get past the involuntary shudder left over from the last decade, when fusion sometimes meant
flavors that didn’t really combine. It’s not the same now, she assured us,
because we’re not the same. The kids who grew up in the ‘90’s are now adults in
their 30’s and know better. We know better, because we grew up surrounded by
more flavors; we’ve traveled more. In short, our palates won’t stand for those
forms of fusion.

If we go back to the noun
“fusion,” without its negative connotations, it is simply defined as the
process or result of joining two or more things together to form a single
entity. For example, panel member Isabel Cruz (chef/owner of Isabel’s Cantina)
was a single mother with no formal culinary schooling. She liked to cook, and
needed to support her family. As a Hispanic kid in Los Angeles, she grew up
alongside Asians. So after awhile, she just figured out that certain
ingredients tasted good together. No fancy concepts or ideas of culinary
multiculturalism or, for that matter, exoticism. She just made what tasted good
to her, and today has five restaurants stretching from San Diego to
Oregon.

Nico Vera, a chef and food writer at the Pisco Trail blog, outlined the Asian influences in “traditional” Peruvian dishes. I could
not help but be impressed by the historical processes that force humans to
culinary creativity. What we eat is not always handed down to us from
professional chefs, as Thy Tran (co-founder/president of Asian Culinary Forum,
and panel moderator) emphasized to me before the panel. Sometimes what sticks
with us comes from cooking and eating with our neighbors, from looking at what
can be combined as opposed to insisting that we remain distinct.

An example of this is lomo
saltado. a signature Peruvian dish, in which the Chinese influence is
prominent. The sirloin strips are seasoned with soy sauce and vinegar, even as
the beef is served with a bed of French fries. There are other dishes, less
well known in this country but ubiquitous in Peru, such as arroz chow fa, or
Peruvian Chinese fried rice. The Chifa, or Peruvian Chinese restaurant, Vera
told us, is literally everywhere in Peru. Japanese influence is subtler but
also integral, as the imprint of Japanese immigrants is in the aesthetic of
Peruvian ceviche. Modern Peruvian ceviche is simpler now, Vera explained, because of Japanese seafood techniques introduced 100 years
ago.

Towards the end of the
panel, I began to think of “authentic fusion” (my term) as a trajectory of
activities that, over a few hundred years, combines disparate flavors and
techniques into delicious possibilities. It’s Darwinism at its finest, because
what is not tasty does not last. But today, cultural creativity has found
wheels: as Nielsen pointed out, we have “street food
fusion.”

The rise of food trucks in
2009, beginning with the Kogi Taco Truck in Los Angeles (2008), proves that Asian
Latin fusion is no longer a product of randomized innovation, but the result of
relationships. The Korean taco made sense to us, because of the creators’
skillful manipulation of their bi-cultural upbringings. So today in the US,
it’s the repetition of an old process, neighbors eating each other’s food, and
often on a budget. Widespread awareness and appreciation are accelerating, because “this newish
crop of food entrepreneurs” are media-savvy (according to Nielsen), because a formalized conduit has emerged, and
because young foodies are moving back home to the Midwest and re-creating
coastal dining experiences.

So in short, authentic
Asian Latin food partnerships are here. But it’s not new, just faster. As
Tran reminded us, with a topic encompassing such large and diverse communities,
the panel could only cover so much in a single evening. Panel members were
forced to give sweeping overviews of their experiences. But the Forum’s
thematic choice, I felt, did invite us to an awareness of how delicious our
shared histories can be.

This is
just the first event in Asian Culinary Forum’s 2012 Symposium Asian + Latin. On
Sunday, September 23, the Forum has assembled an expert panel of artists and
anthropologists to offer views on Asian Latin communities from Texas to Tokyo.
They will also host a literary reading entitled, Food and Place: On the
Geography of Eating.  [Full disclosure: Hyphen’s own Melissa Hung and
Barbara Jane Reyes are among the presenting literary artists.] If you want to
cook with the Forum this October, click for classes here. 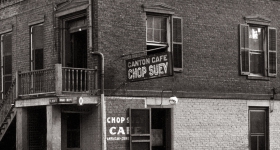 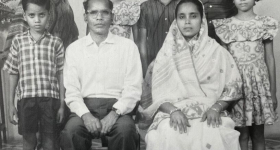