It's time to get literary, Bay Area people! On Saturday, October 13th, Hyphen will be hosting a session of this year's Lit Crawl, a night chock full of live readings and literary enthusiasts throughout San Francisco's Mission District. Lit Crawl is the culminating event of Litquake, San Francisco's annual Literary Festival (Oct. 5-13th).

Known for its standing-room-only crowds in uncoventional venues such as laundromats or the Mission police station -- as well as cafes, restaurants and galleries -- it's a feverish night brimming with appreciation for the written word. There are three phases to Lit Crawl, with about 30 readings happening during each phase.

Local writers and poets are celebrated for being the rock stars they are, and Hyphen couldn't be happier to be a part of Lit Crawl this year.

The theme of Hyphen's session (during Phase 3, starting at 8:30pm) is "The South", in conjuction with Issue 26, due out later this year. Readers include: Barbara Jane Reyes, Todd Inoue, Maveric Vu, Thy Tran, Monica Zarazua and Niki Escobar.

If you're in the area, please come out to support Hyphen and take part in this one-of-a-kind night out. More information here, and let us know you're coming on Facebook.

ALL Lit Crawl readings are free and open to the public (although some venues are 21 and over).

About "The South" readers:

Todd Inoue is a longtime contributing editor to Hyphen, and the former music editor of the San Jose Metro. He lives, works, and plays in the South Bay.

Thy Tran has worked for 18 years in kitchens big and small. After scrubbing all the pots, she writes about cooking and eating, connecting and separating.

Barbara Jane Reyes is the author of Diwata, a finalist for the California Book Award, and Poeta en San Francisco, a winner of the James Laughlin Award.

Niki Escobar studied creative writing at SFSU. Her poems have been published in Walang Hiya, The Walrus, and more. She is working on a graphic novel.

Monica Zarazua completed an MFA at the University of Nevada, Las Vegas. She has published in The Collagist, The Blotter, and Asia Literary Review. 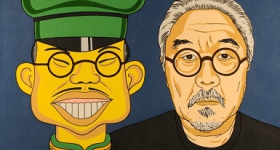 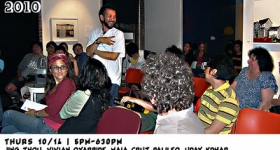 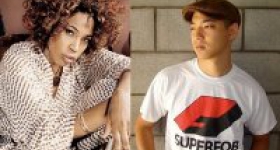