For weeks now, I’ve been
reading and writing about the repercussions of the Radiolab Yellow Rain
segment, in which the program's co-host pushes a genocide survivor to accept
the “fact” that Yellow Rain, possibly a chemical weapon that killed Hmong
refugees following the Vietnam War, was really bee poop. Even before it became
apparent how questionable the bee poop finding is (no counter-evidence is
mentioned in the segment), I wrote about how Radiolab had failed
as storytellers. The more compelling and important and human story in the
Yellow Rain segment is not whether Yellow Rain was or was not bee poop, and how
that affected the West; it is the story Kalia and Eng Yang attempt to tell, of
genocide and suffering in the East and of the silence surrounding that story,
the same story ironically silenced by Radiolab. I use “ironically” here not as
in the Alanis Morisette song but as in “contrary to what was, or might have
been, expected” (Dictionary.com).

My problem was I trusted Radiolab to find the
emotional truth. Empathy and curiosity were the traits that drew me to the
program in the first place, its willingness to report the humanity in the
science, to follow a story ostensibly about sending information into space for
aliens to its heartbreaking tangent in which a writer describes trying to
represent humankind by mapping the electromagnetic pulses of
love inside of her. The irony of a
program like this casting aside the emotional perspective of its
non-Western interviewees, was enough to make me feel my interests and
investment had been abandoned, especially as an Asian American who knows what
it means to be silenced, to be marginalized.

I was adopted from Korea when I was two and a
half, and grew up with white parents in a largely white town in Connecticut, so
I know what it is like to wish you had the privileges of the majority, the
power to be heard and to make yourself heard, and I know what it is like to
believe that you have those privileges even while you know deeper down that you
do not. When I was growing up, people often told me to go into math. They would
usually follow this up or preface it with, “Asians are good at math,” either as
an explanation of my success or as a backward way of encouraging me, in both
cases putting me into a box they felt comfortable with. I appreciated math’s
objectivity, its ability to eliminate the unfairness I felt in other parts of
my life. And for a while I even thought, in the way that I have thought at
times, “If nothing else, I could wait tables at an Asian restaurant,” that at
least I could do math. I thought of math + Asians as a kind of humble brag. I
let myself be told who I was.

The idea that Asian Americans enjoy some racial benefit
is extremely dangerous. Putting someone in a “good” box is still putting him in
a box, is still about power and control, is still about one person determining
what is right or wrong or appropriate for someone else based on skin-color. Some
people seem to believe that because a few Asian stereotypes are “positive” that
using them to define us is not racist, or that we have somehow overcome racism
and/or are not subject to it. In the comments on the Yellow Rain segment, people
seem to feel the need to use racial comparisons in order to explain the
offensiveness. Such as, imagine a Jewish person describing the Holocaust and
Radiolab arguing that people died not so much of gas but of starvation, and
that the gas maybe wasn't even really that deadly. Of course that would never
happen (at least not on NPR). Why do Asians need to be put into context? It is
ironic that some comments say it was good of Radiolab to air the Yangs’ voices in
the first place. A voice is exactly what is taken away from them. It is what is
being taken away from all Asian Americans when we are explained, or praised, or
pushed aside, and yet we are told we can’t play the race card.

When I mention my adoption, though, it isn't to
say that I know how it feels to be between two races. I doubt this is an
uncommon feeling among Asian Americans. I mention adoption because I have been
wondering: why this issue, why Radiolab? Why have I become so obsessed with
this?

In the adoption community, there is a large
conversation going on over the semantics of birth parents. Do they “give up”
their children, or do they “place” them, is the thrust of it. Somehow, a big
portion of the responsibility for this conversation seems to have been pushed
upon adoptees. After our adoptive parents, we are the ones who have to deal
with how we say this, who are supposed to be careful about what we say. I
wasn't aware of this conversation until recently, and I have never said my birth mother “placed” me. I
have come, over only the last couple years, to be aware of all the many ways in
which my mother might have been tricked or coerced, or even forced, to “place”
me for adoption—adoption agencies in Korea have histories of approaching single
pregnant mothers and coercing them or having them sign something or giving them
medical care in exchange for adoption, or even taking the children away
outright—but no matter what happened, it doesn't change the lasting
psychological effects of that separation. However I came to be in an orphanage,
whether left by my mother and found (the narrative the agency gives), or freely
given, or forcibly taken, I still feel abandonment. I still feel the deep, deep
loss of losing the person who bore me.

This loss makes me ever afraid of losing again,
of being abandoned (again). Semantics won't change that. As I realize more and
more how much that first loss has shaped me, I can’t help but wonder whether my
desire for lasting connections heightens my attachment to story. How much of a
role does my particular loss play in why I can’t stop following the Radiolab
saga. I don’t know anyone involved, either the co-hosts or the interviewees.
But I did have an investment in the show and in my expectations (fair or
unfair) and in the racial dynamics. I wonder, if Radiolab hadn’t seemed that
empathetic in the first place, that human, whether I would be so
bothered now. Even in the single segment in question, what seems to hurt so
much, and hurt Kalia so much, is that I trusted Radiolab, that Kalia seems to
have trusted Radiolab, who do start out by telling the story of the genocide,
before we realize that Laos is only introduced as context for the effects of
Yellow Rain on the West. From Kalia's essay here on Hyphen, and from Radiolab’s response at Minnesota Public Radio, it seems to me that they
tricked her, giving her a list of questions that focus on her uncle’s
experience, only the last two concerning the bee poop, and then disregarding
that experience to focus so completely on fecal matter. It feels like a
betrayal. It feels like a friend saying, you never really mattered.

When I made the decision to stop listening to
Radiolab, I searched frantically for another podcast to follow. I was afraid
that Radiolab had ruined radio for me. I became seriously overdramatic. I was
so attached.

But I knew that Radiolab didn’t want me back. It
didn’t want the Yangs. It doesn’t want truth. It wanted, in fact, to trade all
of that for something else, something simpler, something myopic, something
comfortable to its own perspective. I, my perspective, the perspective outside
of and sensitive to privilege, was once again ignored. And I overreacted. It is
going too far, of course, to compare this feeling to adoption—though to be
clear, that is not my intention. I am trying to understand what it is about me that makes this segment so upsetting. There are far worse
offenses out there, and we need to make sure those offenses are brought to task
as well. But the irony of having put my trust in Radiolab, and their power to
reach and connect to so many people—that, more than anything, tells me that I
am right to quit the program, to ask others to quit and not to get into or put
anyone into that box. We need to be more careful with our trust, and we need to
hold those trusted sources accountable, because it is we who are empowering
these programs and people to inform, to represent, and even to define, us. 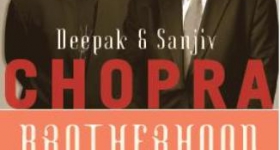 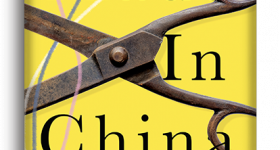 LTE wrote on Fri, 12/14/2012 - 5:03pm
"imagine a Jewish person describing the Holocaust and Radiolab arguing that people died not so much of gas but of starvation, and that the gas maybe wasn't even really that deadly." . At the time few thought the Germans would start a mass killing of the Jews. It did take some convincing. . It had taken years to convince many the Soviet Union was not the worker's paradise. Some university professors still can't believe it's not so. . The list goes on. . "I am trying to understand what it is about me that makes this segment so upsetting" . Part of the strum and dang of life in America these days is anything that doesn't go as one hopes, it just has to be because of racism. . I can't tell you how many times NPR has fluffed off my point of view on issues over the years. To the untrained eye I am "white", so I guess I could charge white guys/women being racist against me, a "white" guy. . I listened to the segment in question sometime ago and I didn't see racism, I did see something else, the lack of clear evidence (for the record I am inclined to side with the Hmongs on this issue). None the less, a radio station has to run with some solid evidence if for no reason other than legalities as charging a nation with such large crimes requires a bit more than the word of 2 people. . Though I find NPR annoying and dismissive at times, I still listen on occasion. They do some good news reporting and my local station does carry the BBC World News. I suppose even a blind squirrel can find an occasional nut. . Keep in mind, if you were in Korea, you'd probably find yourself dismissed by Koreans more often than being dismissed by Radiolab.