Are you
excited, Hyphenites? I know I am, because it’s awards season! In just a few
short weeks you’ll turn on the television and see shiny statues, shiny dresses,
and when the best director category comes up, big shiny white foreheads. While the
much anticipated Oscar nominees have yet to be announced, I’m going to take an
opportunity to talk about Hollywood’s less evolved, younger Baldwin brother of an awards show  -- The Golden Globes.

The
system is rigged, people. The Golden Globes have a fatal flaw -- the
musical/comedy category makes it nearly impossible for great comedic
performances to be recognized. Why? Because every odd year there is a
juggernaut tragic musical with an all-star cast that sweeps the awards. So this
year a fantastic performance by Bradley Cooper in Silver Linings Playbook is likely to take a backseat to Hugh
Jackman from Les Miserables. I have
nothing against Hugh Jackman, but does anybody think this is an apples to
apples comparison? Yes, they’re both stories of redemption – but a quirky
bipolar Philadelphia Eagles fan, versus one of the most epic tragic heroes of
all time? I mean, the TRAILER for Les Miserables makes me cry. It’s tough
enough for comedies to get recognized during awards season, why must we make it
even harder by wantonly sprinkling dying French prostitutes and valiant ex-cons
into every category? And as a side note, must they, when no good musical exists,
nominate movies like Burlesque and Nine?

Frankly, Hollywood Foreign Press Association,
I’ve had it up to my eyeballs. This year you mostly managed to escape grievous
errors in the acting category, but here are my mixed feelings about the rest of
your shenanigans:

Of the
folks who didn’t get any nods I’d love to note Mindy Kaling, (too soon for her to get a nod, but I'm giving her a shout anyways) for crafting a
show that has proven to be both charming and laugh-out-loud funny, as well as Retta
and Aziz Ansari’s contributions to an excellent ensemble cast in Parks and Recreation.

The
entertainment industry is a tough place for the ladies, both in front of and
behind the camera. So I’m going to give a shout out to Kathryn Bigelow, the
only woman nominated for best director this year. Bigelow was the first woman
to receive a directing Oscar for The Hurt
Locker, and is now interestingly nominated for another war movie, Zero Dark Thirty. Having only one woman
nominee (and a repeat nominee at that) seems pretty bad, but think about this:
only 13 percent of movies eligible for an Oscar this year were directed by
women. So it’s not just that women need to be better recognized for the stories
they tell, but Hollywood needs to do a better job of giving them the helm of great
projects in the first place.

What Were
You People Thinking!?

I cannot
handle the fact that The Newsroom received a nomination for best drama, and Mad
Men didn’t. Mad Men had one of the most creative seasons thus far -- every atom
and molecule of the show, from plot and character development to editing and
soundtrack, flawlessly tied itself to the tumultuous decade that it portrayed.
And Christina Hendricks (who also didn’t receive a nomination) gave a
performance that was a captivating commentary on the links between female
sexuality, power, and commodification -- showing us that a period piece can
raise questions about gender that we still don’t have easy answers to today.
The Newsroom, on the other hand, is a pedantic, half-baked period piece of
another kind that uses hindsight about news issues from two years ago to
pretend that its vision is 20/20. I wrote about the show in a previous post and
can’t say that it’s gotten a whole lot better, though I will say that the
acting has been consistently fantastic.

Here’s
another victim of the musical/comedy category. Parks and Recreation deserved a
nomination. Leslie Knope (Amy Poehler) is a justice loving, passionately
dedicated parks department official, who has faced everything from the wrath of
religious nuts for marrying two male penguins at the zoo, to negotiating with a
city council member who once tried to RE-SEGREGATE BASEBALL. The show has no
shortage of sharp, tongue-in-cheek messages about government, gender, and race.
Yes, Amy Poehler received a well-deserved nomination, and since she’s the
creator of this show I’m encouraged. But the show itself, including the
ensemble cast, needs to be recognized as well. And the fact that SMASH was
nominated instead kills me. First of
all, it is a musical DRAMA, not a comedy. And in a nutshell, it’s a watered down
attempt to capture the success of GLEE!, with form instead of substance, in the
same way that failures like The Playboy
Club and Pan Am tried to capture
the success of Mad Men by replicating its anachronisms.

Hostesses
with the Mostesses – The (Partial) Redemption:

This
will be brief. Tina Fey and Amy Poehler are awesome. They are witty, brutally
funny, and are my two favorite people on television.

So
yes, Golden Globes, I’ll watch your show. I’ll be excited because of your hosts,
and I will laugh. But don’t think this means I approve of you. 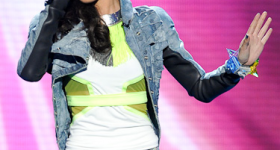 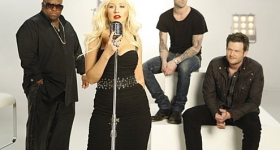 Anita wrote on Fri, 12/21/2012 - 10:10am
I agree with you on the musical/comedy category. Instead if there is just a comedy and drama category, then if a musical is good enough in a given year, it will appropriately fall into one or the other. Actually having this will instead set the golden globes apart in a good way because comedies can have their recognition in at least one awards show. If I had not avidly watched Mad Men for all of its seasons, I would be sick of its recognition by now and said that it has already been recognized. However, I must say this season of Mad Men was the best season yet. Of all years, this is the year for that show to receive accolades, both for best drama, as well as an acting nod for Christina Hendricks. I don't mind that the newsroom is nominated, but not in place of mad men.