Last week, I attended the World Book Fair in Delhi. Held from February 25 to March 4 at the sprawling Pragati Maidan complex, it labels itself the "biggest book fair in the Afro-Asian region" (though that begs the question of where the Kolkata Book Fair, with over twice the attendance, falls). Its 1300 vendors were an eclectic collection of local booksellers, offbeat international publication houses, huge conglamorates, and regional publishers, spread out over 45,000 square meters, the size of three football stadiums.

The fliers handed out give a good idea of the variety. Some came from Muslim presses and organizations, such as The Milli Gazette: "Indian Muslims' Leading English Newspaper." One side of this flier asked: Can't find the Muslim side of the story? (and offered free t-shirts while supplies lasted). The other side listed must-read books such as Gatade's "Godse's Children: Hindutva Terror in India," Aazmi's "Azab-e-Humsaigi" (The Agony Trail), and Mushrif's "Karkare ke Hatyare Kaun? -- Bharat mein aatankvaad ka asli chehra" (Who killed Karkare? -- The real face of terrorism in India.) One of the most interesting aspects of the fair was how activist groups such as this (though with differing agendas) used it to raise awareness and advocate their positions. A stall giving away free copies of The Quran

Another flier advertised best-selling titles exclusively for students, such as "The Art of Study" and "Students and the power of mind." Yet others told me about English bestsellers, Sanskrit originals and translations, the power of happiness, and why I should give my life to Jesus Christ. Some enterprising resellers set up shop between the stalls

Addressing the media at the inauguration, MA Sikander, the director of the National Book Trust (NBT), which organizes the fair, stated that "We are trying to lure the local population of the capital to the holistic world of books which also includes culture and cuisine ... For those who don't like books, there are cultural programmes and a sprawling food court." One corner of the sprawling food court

The food court was, indeed, worthy of mention, for there were stalls with deliciously unhealthy foods on offer (and healthy foods too, probably, but I didn't pay attention to that). However, for those who don't like books, it would probably be cheaper to head to the nearest street hawker.

At the same press conference, the director of the NBT announced the attendence of celebrity authors. "There are around 10-12 of them, mostly Indians and non-controversial names” -- a reference to the recent controversies surrounding The Jaipur Literary Festival and The Kolkata Fair. Salman Rushdie canceled his visit to the Jaipur Literary Festival because of threats by some Islamic groups, and the release of Taslima Nasreen's autobiography at the Kolkata Fair was canceled, again because of protests by religious fundamentalists. At the end of the day, perhaps the most controversial thing about Delhi's World Book Fair was its stated unwillingness to challenge such groups. A stall offering chole bhature, an attraction to rival any of the book kiosks 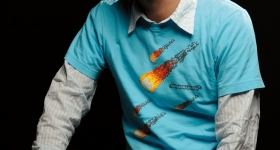 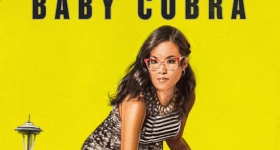