In Japanese, "shigeto" means "to grow bigger." Given his premature birth weight of less than a pound, Shigeto is an appropriate pseudonym for Ghostly International's multi-instrumentalist/beatmaker Zack Saginaw.

The stage moniker is also an homage to his grandfather (Shigeto was his first name) and several other family members on his mother's side who were forced into Japanese internment camps during World War II.

"[My relatives who lived in the internment camps] unconsciously kind of had to bury a lot of their Japanese roots after that [experience] … I was never spoken to in Japanese … Everyone became very Americanized after that," Shigeto explained in a phone interview, during a car ride to Boston.

To reconnect to his Japanese ancestry, the Detroit-born, Brooklyn-based artist composed dense instrumental electronic music in a mini-LP titled Lineage as a follow-up to his inaugural full-length release Full Circle, which dealt with similar issues. Shigeto's musical background naturally lent itself to be the vessel by which he pays tribute to his Japanese heritage. As he was growing up, his father exposed him to jazz and Motown music before he picked up drumming at an early age.  He was very active in the Detroit/Ann Arbor music scene for years.

At the same time, it was difficult for Shigeto to definitively identify with either side of his ethnic background.

"I don't know if other people who [are] hapa or mixed ever felt this kind of identity crisis, but that's how it was for me," Sanigaw said. "[As I was growing up] … when I was at school, [I'd get] picked on for being China-this or China-that … [but] when I've been to Japan … I felt this blockage like [I wasn't] actually one of [them]."

In the eight tracks on his latest release, Shigeto composes a musical portal of electronic effects with live instrumentation to reconcile the tension and bridge his present self with his Japanese heritage. In the introductory track "Lineage (Prologue)," he exquisitely employs the sound of wind chimes to open a wormhole to the past, the jangle of house keys to ground listeners in the present, and the intergalactic sound effects to reference the future. "Ann Arbor Part 3 & 4" is a nod toward Shigeto's six years of playing jazz music in New York and London with gorgeous piano atop R&B grooves, while "Soaring" flies through electronic chimes and faint hip hop beats. In "Please Stay," he adds soft vocals to uncompromising hand claps to draw the album to a close.

Saginaw concludes, "Now that I'm in the position where I have a record label behind me that supports me, and they want me to be able release my music that I feel is fit and important to me … This is kind of just a way to pay homage that, to let them know how much their experience affected me growing up." 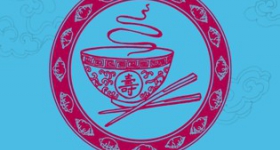