My mother would never
admit this, but I am a good daughter: well-educated, married, produced a
grandson, moved near my parents so that I can drive them to doctor’s appointments. There are many decisions I have made, for
better or worse, under the guise of being a good daughter. If there was a reader who should be
sympathetic to the plight of the good daughter -- the obligation, the guilt, the
ambivalence -- it should be me. So when I
picked up Forgotten Country, I
expected to connect with it more than I did.

Jeehyun (who is given the Anglo name of “Janie”), is a late
20-something Ph.D. candidate in math. Born in Korea, Jeehyun and her family emigrate to the US when she is a
girl. While Jeehyun comes of age in America, she remains the dutiful Korean
daughter who lives out her parents’ hopes for her. She truly honors and respects her parents,
such that she is baffled when her rebellious younger sister, Haejin, or Hannah,
willfully disappears without a trace. While the family searches for Hannah, Jeehyun’s father is diagnosed with
terminal cancer. The parents decide to
return to Korea for treatment, while Jeehyun is left to find her sister and
deal with her own simmering doubts about her family.

The novel is most compelling when it turns its attention to
the most urgent task at hand: caring for the family’s dying father. Jeehyun/Janie, Haejin/Hannah, and their
parents are complicated characters in a complicated situation, surrounded by
complicated extended family relationships. In this crisis, the family is forced both to love one another and
to address their unspoken resentments. There are fights, painful wounds exposed, and moving remembrances of
childhood and the parents’ courtship: all the ingredients for good drama. The narrative runs its inevitable course; it
is unflinching in the physical suffering the father endures and, by extension,
the emotional suffering his wife and daughters experience.

Forgotten Country is
the author’s first novel, written in a sure, poetic voice, and is ambitious in
its scope. Chung’s strength as a writer is in the beauty of her prose. On more than one occasion, the reader must
stop to admire the prose, the sound and taste of the words on the tongue.  Forgotten
Country is a page turner -- this reviewer finished it in two days -- and that is
a testament to the strength of Chung’s writing.

My mother walked a
mile to the DMZ, shuffling in the dark. She wondered what my father would say if he could see her.  How she would explain.

And then she saw them.

Behind the soldiers,
behind the fence, was a group of deer running in the moonlight. Their throats glowed pale and milky, their
undercoats gleaming luminous against their darker fur.

My mother had never
seen anything as graceful as those deer, their spindle legs gliding
weightlessly beneath them. Her breath
caught. It was like ballet, my mother
said.  It was like flight. She watched the deer skim over land no human
foot had ventured to cross in twenty years.

The thought came to
her suddenly, with the shock of revelation: All
boundaries are imagined.

It’s a beautiful anecdote with a grand statement. I love the image of facing the Demilitarized
Zone and realizing, “All boundaries are imagined.” I wondered how this story affected Jeehyun
and her family, the boundaries between them, as well as the boundaries they
drew for themselves. I wanted the novel to
go deeper with this exploration, but the idea of boundaries seems to begin and
end with this passage.

Forgotten Country
is full of passages like this. Much of the
book reads like a collection of lovely anecdotes with conclusions that don’t seem
to add up to a whole. The novel touches
on familiar themes in Asian American literature -- family secrets, displacement,
filial piety, the search for home, alienation, reconciliation -- however, none of
these themes is explored or developed in much depth. Photo of the author by Ayano Hisa Photography

Most problematic for me is that Jeehyun does not feel fully
realized as a character. The always dutiful
older daughter, Jeehyun is ambivalent about her chosen path in mathematics and
resentful of her younger sister, who seems free to do whatever she wants. At
one point, it is revealed that Jeehyun was in an abusive relationship in college. She tells no one, although Hannah has
suspicions. The relationship is then dropped and never mentioned again in the
book, as if it never happened. Jeehyun feels disconnected from herself, and
many of the scenes feel disconnected from an overall vision.

In the end, Jeehyun resolves to finish her dissertation for
her father, but her decision to do so was never really in question and feels
unconvincing. She is a character caught
up in duty and the expectations imposed on her; she is not aware of what she
wants for herself in her life and what truly drives her.

Perhaps Jeehyun doesn’t know herself very well, but by the
end of the novel, the reader should
know her intimately. This was not the
case for me. Even though I could
personally relate to the experiences of the immigrant family, cultural
expectations, and discrimination, Jeehyun remained an emotional mystery to me,
as much as I wanted to sympathize with her.

Forgotten Country is
an admirable first novel and a good read, but feels like the work of a writer
still searching for her own genuine voice and vision. 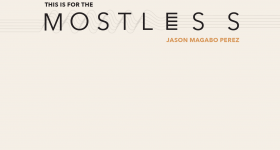 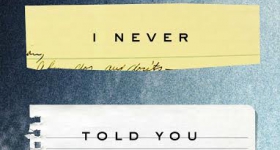 October Lit: Excerpt from 'Everything I Never Told You' by Celeste Ng eReader wrote on Tue, 06/05/2012 - 4:41am
found myself caressing pages of this book, to comfort it but also to appreciate its sadness. well worth reading. thank you, Catherine!