A little over a
year ago, 13 young adults born in South Korea and raised abroad gathered at a
government office outside Seoul to meet the Korean Minister of Justice. The 10
men and three women smiled and waved Korean flags while receiving documents
representing Korean citizenship. They were the first international adoptees in
the world to regain citizenship in their birth country.

All had spent at
least a decade living in the U.S., Canada or Europe and had long relinquished
their Korean rights, as dictated by Korean law. But each felt strongly enough
about Korea to return and seek citizenship after the country revised its
Nationality Law in 2011. Their experiences will likely influence whether other
countries with large numbers of international adoptees, such as China and
India, will establish their own dual citizenship programs.

The ranks of
adopted Korean dual citizens continue to grow. G.O.A.'L. (Global Overseas Adoptees' Link), a Seoul nonprofit founded
and run by adoptees, says 15 adoptees have obtained dual citizenship so far and
nine are awaiting government approval. Fourteen other adoptees have expressed
interest and are preparing applications, according to Oh Myeong-seok, a Korean
American adoptee who oversees G.O.A.'L.'s dual citizenship program. Adoptees
hear about the program through word-of-mouth, online searches and referrals from
adoption agencies and Korean consulates, says Oh.

Adoptees who
have become dual citizens say their new status reflects their hybrid sense of
self. "In the past I embraced a Korean identity but wasn't able to 'prove'
it by showing a passport or ID," notes Dae-won Kim, who was adopted to
Switzerland at age six. "That's not an issue any longer."

Other adoptees,
like Keum Yeo Brochet, believe dual citizenship gives them greater mobility as
global citizens. The 25-year-old French Canadian says she likes being attached
to multiple countries as she maps out her future. "Who knows where I am
going to end up, but I like the idea that I could go to France, Canada or Korea
and feel like a part of the country, not just a visitor," says Brochet.

Korea's dual
citizenship program is still evolving. New security measures have extended the
time it takes to obtain one prerequisite by several weeks compared to last
year. G.O.A.'L. is trying to work with the Korean government to streamline the
process.

Applying currently takes about nine months and costs at
least $50. Oh says the procedure is similar to the Korean application for
gaining citizenship through naturalization. Steps include applying for a
special (F-4) visa, an application review by the Korean Ministry of Justice,
taking a pledge not to use foreign citizenship in Korea, applying for a Korean
Identification Card (akin to a Social Security card) and applying for a Korean
passport. Male adoptees must also apply for exemption from military service.

Life as a dual
citizen brings its own challenges. Though they are excused from full
conscription, some male adoptees will have to participate in annual Korean
"civil defense exercises". Since dual citizens waive their foreign
rights in Korea, both males and females may lose access to jobs and
scholarships earmarked for foreigners. For the same reason, dual citizens will
enjoy only limited protections from their adoptive countries/embassies while in
Korea. This aspect of dual citizenship hasn't been seriously tested yet but has
sparked worries among some adoptees and adoptive parents.

Dual citizens
may also arouse suspicion when traveling internationally because they carry two
passports, one under their Korean name, one under their adopted name. To avoid
possible hassles, Brochet no longer connects through the U.S. during Korean
flights. "In Korea, they know you have two names but in other countries…if
you have to show both your passports, they get quite confused," she explains.

Both Brochet and Kim advise adoptees to seriously evaluate what they want from dual
citizenship. The chief advantages are cheaper medical insurance (Korea has
universal healthcare), the right to vote and run for office and easier access
to cellphone (subscription) service, credit cards and loans.

Brochet thinks
adoptees who don't live in Korea or visit often should pass up the "long,
tiring" dual citizenship process. "It's great to feel like you belong
to the country but honestly, if it's just for tourism, travelling as a
foreigner is just as good," she notes.

Kim, who
lived in Korea for nearly a decade and hopes to retire there, believes
citizenship should be reserved for adoptees who have spent a considerable
amount of time in Korea and can communicate in Korean. To aid adoptees who
aren't familiar with the country, Kim wants the Korean government to offer
special "re-integration" programs. Korea doesn't currently require
dual citizen applicants to take any cultural or language tests.

Reflecting on
their first year of dual citizenship, Kim and Brochet tally up more benefits
than drawbacks. "The best way to find balance when you are associated with
so many cultures is to just embrace all of them and take the best of
each," says Brochet. Kim adds, "Now, I can tell anyone I'm either
Swiss or Korean -- or both. It's my
own choice rather than having someone else tell me."

Elizabeth Woyke is a reporter in New
York. 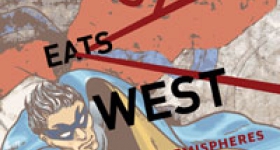