This article was first published on Colorlines.com

When it comes to the 40th anniversary of Roe v. Wade, I have this deep,
yet complicated sense of gratitude to people who poured their hearts
into the issue of making abortion a legal right. It is humbling to think
about all the work that came before this moment in the civil rights,
social change, and social justice movements.

As a young woman of color and an activist, it can feel like being a
tiny, relatively unimportant drop in a formidable tide of change. But
one thing makes me certain I must continue to do this work: somehow,
women of color, young women, low-income women, immigrant women, and
women in rural areas are still waiting while barriers to sexual and
reproductive health care, including abortion, continue to trump legal
rights and provision of health services, human dignity, and
self-determination.

After college, while working on public policy related to reproductive
health, I began to see a gap in the way our institutions treat people
of color, and believe that I must do something to help change the
situation. I volunteered for ACCESS Women’s Health Justice in 2007,
providing rides and housing to women traveling long distances because
they could not access abortion services in their area. On a very basic
level, I volunteered because, were I to need help, I would want someone
to be there for me.

I grew up in a conservative area and had internalized some
challenging attitudes about abortion, poverty, and the death
penalty—attitudes aligned with policy that worked against my (and my
family’s) interests. Still, I discovered that I was ready to drop
everything for a friend who needed my help. Eventually, I learned to
hold this level of compassion for complete strangers, too.

While volunteering, I had the honor of meeting incredible, resilient
women who chose to terminate their pregnancies. The most striking part
of this experience was when I realized that despite how seemingly
different each woman is, we are also all deeply connected by the human
experience, and that I needed to check my assumptions at the door.

Here are some things I learned when I began to leave my assumptions behind.

One of the first young women who came to stay with me was still in
high school. She came to the San Francisco Bay Area on a bus with her
mom. They didn’t have a suitcase and had to borrow her mom’s boyfriend’s
duffle bag and cell phone to make the journey. The mother was exhausted
from a long bus ride from the Central Valley, but she really needed
someone to talk to about her daughter. The mother also told me that she
got pregnant and had her daughter at her daughter’s age. Things had been
difficult raising her daughter, and she wanted a better life for her.
At least, she wanted her daughter to have the opportunity that she never
had—to graduate from high school. It was hard for her to see her
daughter pregnant, feeling sick, and vomiting, knowing that this was
only the beginning.

2) Real life is not a movie or a story with a neat conclusion.

The same mother and daughter both called me to say they felt relieved
and exhausted after the daughter’s pregnancy termination. They had made
it all the way home, but someone stole their bags, including the
lunches I packed for them, their clothes, their money, and the mother’s
boyfriend’s cell phone. The mother and the daughter were moving forward,
but the lost phone and bag seemed like it would put a strain on their
relationship with the mom’s boyfriend. I quickly learned that helping
someone access abortion services is but one moment in their broader
lives.

3) Many women who get an abortion already have kids.

When I was pregnant with my daughter, I became worried about
continuing to volunteer and putting women in a potentially uncomfortable
position being around someone who wanted to keep a pregnancy. But I
continued, and one day I picked up a woman in Fresno who was proud of
her three kids. She and a friend who came with her (who had two kids of
her own) gave me all their tips on what made them feel better from
pregnancy to pregnancy. They could see I was pretty freaked out about
the prospect of labor and coping with pain. They were brutally honest
about what it was like for them and how hard the recovery can be, but
helped me to know I would be just fine. They also had a great sense of
humor about what the first year could be like, depending on the child,
since every kid is so different.

Low-income women and women of color are more likely to experience
diabetes, heart disease, asthma, and obesity, all of which may
contribute to difficult pregnancies and high health care costs.
Furthermore, these women may struggle to access abortion services in
their area and must often travel long, expensive distances to find a
provider and receive care.   For example, I worked with a woman in West
Oakland who worked in a salon. The salon only paid her commissions,
which meant she earned around $8.00/week—not per hour, per week. She had
two adorable children that she struggled to support and was pregnant
with a third. She wanted an abortion, but was unable to have one nearby
because she had diabetes. The closest place she could go was San
Francisco, but she had never been on BART before in her life. Despite
its close proximity, San Francisco may as well have been a world away.

5) Terminating a pregnancy is not the only pressing medical issue a woman is dealing with.

A woman and her husband came to stay with me, and in the middle of
the night they came to wake me up. I thought maybe there was a
complication and I was getting ready to take her to the hospital. But
then her husband let me know that she was in an enormous amount of pain
from her teeth. Since she was laid off from her job and he had limited
work doing construction, they couldn’t afford insurance. She was in
excruciating pain, but was unable to see a dentist.

What I’ve learned and experienced has been a gift in my life. But I’m
still overwhelmed by the thought that women are forced to make tough
health care decisions for themselves and their families without adequate
supports and services. This is simply unacceptable.

I am now the Executive Director of ACCESS. When I think of the
anniversary of Roe v. Wade, it strikes me that ACCESS is receiving an
increasing number of calls from women in California who face tremendous
barriers in accessing all reproductive health care—not just abortion.
Persistent social inequity is at the root of my mixed feelings around
this anniversary, and it is why I am honored to continue working for
reproductive justice for all people.

This article is part of “Still Wading: Forty years of resistance,
resilience and reclamation in communities of color,” a series by Strong Families commemorating the 40th anniversary of Roe v Wade.

Former Hyphen staff and board member, Samara Azam-Yu, is the Executive Director at Oakland-based ACCESS Women's Health Justice. She lives in East Oakland with her partner, two-year-old daughter, and two chickens. 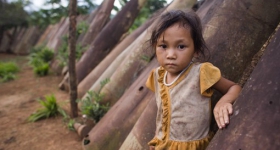 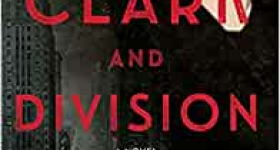 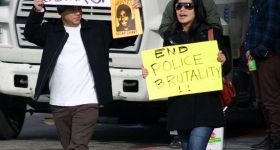