Photographs that would typically gather dust in an old family
album take on new meaning in Eric L. Muller’s compilation of Kodachrome
photography by Bill Manbo, Colors of
Confinement: Rare Kodachrome Photographs of Japanese American Incarceration in
World War II. The 65 colorful images fill a gap in the photo albums of over
110,000 people, two-thirds of them American citizens, who were ripped from
their homes and stripped of their property following the Japanese attack on
Pearl Harbor in December 1941.

Though the Japanese American internment experience has been
represented by more distinguished photographers (Ansel Adams, for starters),
not many capture the internee perspective -- let alone in such striking color.
Kodachrome technology was just seven years old when Manbo used his 35mm camera
and homemade tripod to document his family’s experience at the Heart Mountain
Relocation Center in Wyoming.

One of Manbo’s recurring subjects was his then three-year-old
son, Billy. In an iconic image, the child grasps a barbed wire fence and stares
into the distance as a row of barracks disappears into the horizon behind him.
From cover to cover, Billy is seen enjoying ordinary childhood activities -- ice
skating, toy car racing, and climbing -- in front of an extraordinary
backdrop of barracks, guard towers, and Midwestern desert. Manbo’s photographs
juxtapose the everyday and the exceptional, and capture many seemingly
incongruent aspects of the internment experience.

In another portrait of Billy, the child stands between barracks
modeling a miniaturized military uniform. He seems to be smiling with pride,
but his father likely had more dissonant thoughts from behind the camera.
Muller reminds us that Manbo -- and his fellow internees over the age of
sixteen -- were forced to complete a questionnaire to confirm their allegiance
to the US Army and disloyalty to Japan. Those who proved loyal were often
drafted, while those who failed were sent to a harsher segregation facility.
Manbo answered ambivalently, likely confused by questions that he could not
answer freely without risking his very freedom.

With this context in mind, the irony begins to seep through
Manbo’s photographs, like those of his young son dressed in American military
garb beside the confining barracks to which he was relegated. Muller has
compiled scholarly and personal essays that contextualize the rare photographs,
unearthing latent meaning behind them and encouraging a deeper look. Bacon Sakatani, whose childhood memories of Heart Mountain
mirror Manbo’s photographs, recalls the dissonant feeling of being “a defeated
enemy in my own country.” He remembers trips to nearby Yellowstone National
Park, like the one captured in Manbo’s image of Billy and himself posing in
front of the Grand Canyon. It looks like an average American vacation, but
Sakatani recalls the camp authorities’ allowance of such trips to encourage
“exposure to the ‘American way of life.’” Apparently, the government had begun
to fear the effects of the very segregation it had imposed.

Though the government struggled to understand the Japanese
American identity, Manbo’s snapshots illustrate the internees’ affirmation of
their multiculturalism. Orange, blue and purple kimonos mimic the moves of Bon
Odori dancers as they encircle the yagura,
a wooden scaffold constructed by the internees specifically for the
summertime Buddhist festival commemorating their Japanese ancestors. On the
opposite page, a Heart Mountain Boy Scout troop marches with the American flag,
flanked by the local bugle corp during a community parade. The complementary
images of sumo wrestling, Japan’s national sport, and baseball games, the
quintessential American pastime, reveal the dual identity embraced by the
internees.

Given the misunderstood identity of Japanese Americans at the
time, Manbo’s photography represents more than just a hobby. “Photography
became a representational battleground,” writes Jasmine Alinder in her essay, Camera In Camp. She reminds us that
cameras were considered contraband in many camps, effectively stripping
internees of their right to representation in addition to the constitutional
rights they had lost. But the complex experience of being American by birth,
Japanese by ancestry, and unwelcome in one’s own country was something that
outside photographers (Ansel Adams, among others) could not capture with the
same understanding and familiarity of a father recording his family’s reality.

As a fourth generation Japanese American (or Yonsei) myself, I have heard family
stories of internment that personalized the details I had learned through books
and history classes. But it was not until seeing Manbo’s collection that I
perceived my grandparents’ stories as more than distant memories. Muller
recognized this power of color photography to revive the past and has created a
book that presents the internee experience through a modern lens.

Just as Manbo’s slides were miraculously preserved (in a box in
his son’s garage), Muller’s compilation will help preserve our collective
memory of the internment experience. It is only reasonable to expect that as
the WWII generation passes, more images like those of Manbo will surface,
bringing new life to our history even as it falls further into the past.

Sachi currently lives, works, and plays in San Francisco. She’s
a paralegal by day, an athlete/filmmaker/foodie by night, and a writer by
fancy. 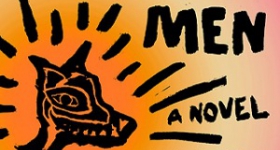 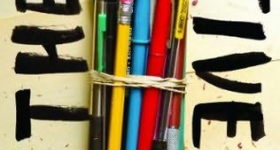