Whenever someone crosses that sad pissing circle drawn
around male celebrity, especially in music, there’s always a backlash. Now, I’m
too old to really give a damn, but in this case, I’ll pipe up. Lorde, the New
Zealand wunderkind who released her debut Pure
Heroine this year, with smash-hit single “Royals,” is caught in a
crosshairs for doing the unthinkable:

Internet trolls have taken to ripping apart Lorde and
her boyfriend, photographer James Lowe.
Apparently, fans of One Direction and Justin Bieber believe she called the
artists “ugly.” Now, defenders of baby-faced white boys the Twitterverse-over
are taking it upon themselves to unleash toxic and downright racist comments
about Lowe, as first reported by Jezebel
and BuzzFeed.

Outspoken
about artists like Selena Gomez and Nicki Minaj, Lorde presents herself as a
feminist and open critic of her fellow pop culture stars. This angered
some young fans. "I think there's a funny
culture in music that's only happened over the last 15 years, that if you have
an opinion about something in music that isn't 100 percent good, you're a
'hater,' even if you have perfectly reasonable grounds for that critique,"
Lorde told MTV News in October.

One Twitter user gets to her point, plain and
simple: “Lorde and Her Boyfriend Make Me Uncomfortable.”

This startling honesty is probably the realest thing we can
expect from racists. Their discomfort comes from difference. Difference equals
ugly, awkward and unsexy. Difference means we can’t imagine these two strolling
on a beach, just as much as we can’t imagine them having sex. It’s hard for
some progressive folks to imagine, for those whom interracial dating is as common as air. It
just isn’t a big deal.

And Lorde, despite her youth, whiteness, and cool factor -- is
subject to the vehement denial (and disgust) of Asian male sexuality. By
choosing to love James Lowe, it seems these haters believe she’s relegated
herself to the US' dating netherworld.

We’ve become used to this sort of backlash from sad
bigots that troll the Internet, apparently seeking to bully and break people down. If
Lorde had dated a Black or Latino pop star, there would be different
permutations of the same sad problem. We can't cast normative standards of
beauty on who we choose to love. That's antithetical to the whole idea, right?

Now, for those of us that love themselves some Asian men: hey
Lorde, welcome to the club. For the rest of the vitriolic haters on Twitter:

Leave Lorde and her boyfriend the fuck alone. 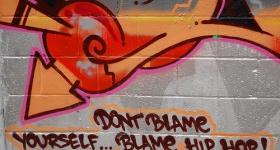 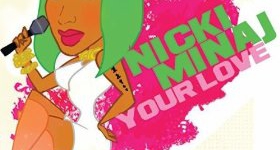