There is not much literature that illuminates the story of
Taiwan before 1949, the year Chiang Kai-Shek’s Nationalist party were chased
out of Mainland China by the Communists. Taiwan was a land native to both aboriginal
peoples and ethnically Han Chinese who came to Taiwan centuries earlier. Prior to 1949, Taiwan was occupied by the
Portuguese, Dutch, and Japanese until the end of World War II. It is a land of divided loyalties, a people who
struggle to define themselves in a colonized homeland.

My family is Taiwanese. Both my parents went to primary
school under Japanese occupation and have Japanese names as well as Chinese
names. My mother tells stories of
running to hide from American planes that were bombing the country. My father tells stories of how things got
worse when Nationalists came to “liberate” Taiwan. People were shot. Families starved. Nobody could be trusted.

It was with great interest that I picked up Julie Wu’s The Third Son. This novel tells the story of Saburo, the
bright but least favored son of a wealthy Taiwanese family, coming of age at
the end of World War II and the beginning of the Nationalist regime. Saburo runs from American planes as a boy, dreams
of a girl named Yoshiko, and spends the war years reading and re-reading a book
called The Earth, a science textbook
that inspires his curiosity. He manages to defy his family and societal
expectations to pass the rigorous entrance exam for a U.S. graduate student
visa. (This exam is legendary.  Before 1965, only 12 students annually passed
this exam.)

When the Nationalists “liberate” Taiwan, Saburo is called by
his Chinese name, Tong Chia-lin.  He is
ably protected by his demanding father, a proud Taiwanese patriarch who, having
lived under the Japanese and now the Nationalists, is a shrewd survivor who
becomes mayor of their hometown. Saburo’s
father, along with his bitter and long-suffering mother, withhold affection
from their seven offspring, except for their first-born son, Kazuo, who
receives the best bites of meat and eggs and all of his family’s favor. Saburo is largely ignored, except for when he
is beaten for small offenses.

Saburo/Tong Chia-lin’s experiences mirror stories I heard
only by word of mouth from my relatives, and it is heartening to finally have
these stories memorialized in print, given voice in English by Julie Wu’s
engaging prose.  The history of Taiwan and the Taiwanese is an
important story, one that should not be forgotten. Wu’s writing is compelling
as a witness to this story. Once Tong Chia-lin arrives in the U.S., he finds himself in
the middle of the American/Soviet Cold War Race to Space. Here, the story shifts to the more familiar
territory of Asian immigrant family narratives. Chia-lin is the gifted, but struggling academic, who takes calculated
risks to distinguish himself and succeed by American rules. It’s impossible not to root for Chia-lin and
his quest for the American Dream.

My main issue with The
Third Son is that it could have easily been 200 pages longer. There were moments when I felt the narrative
glossed over potentially rich complications in order to move the plot
forward. I would have happily read more
about these characters and their families, the ways they try to love each
other, how they succeed in doing so and how they fail. And underlying the whole story is the
question of identity: for Saburo/Tong Chia-lin, for his family, for the ever
colonized land of Taiwan. I wish these questions
had been more fully explored.

For me, the strained familial relationships in this story
offer the most heart-breaking moments. Saburo is the forgotten third son, who spends his life achieving to
prove himself worthy of the parental love he never received as a child. This seems to be the driving tension of the
novel. His parents’ love, seemingly
non-existent by Western standards, peeks out in achingly muted ways, perhaps too
subtle for their son to receive.

Towards the end of the novel, Saburo’s father visits him and
his wife in their modest home in Rapid City, South Dakota. He stays for four months, spends most of his
time watching American television and complaining. But there are also a few moments when I feel
like the father is trying to connect with his son and failing miserably. Saburo and his wife, caught up in their own
parent-child dynamic, cannot see the effort.
Perhaps, if Saburo were to look back on this visit as an older, wiser
man, he might have sensed his father’s attempts at love more clearly.

The Third Son is an
engaging read, set in a rich historical and cultural landscape, told by a
compelling character. I look forward to
reading more from Julie Wu.  Clearly, she
has more stories to write. 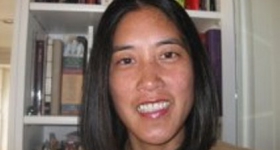 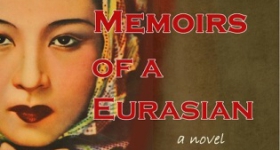