(This article first appeared in the Huffington Post on July 21, 2013)

The August 1 Rolling
Stone magazine will feature Dzhokhar Tsarnaev, one of the two Boston Marathon
bombers. The story inside is about him.

The controversial
cover -- where the doe-eyed Chechen American stares longingly into the camera
like the front man of the latest It Band?

The cover outside is about
you. And me. Us.

On its immediate
surface, the cover seems to glamourize a monster.

Part of me wants to
cut the staff at Rolling Stone some slack because the easy
sensationalism seems too base for me.

So beyond the shock
value, what else is this cover saying? And more importantly, how is it saying
it?

Regardless of the Rolling
Stone’s intent, I don’t see the cover as solely journalistic. To say this
is journalism masquerading as art would be a disservice to its visionary. This
is journalism that is operating at a level so high that it has become
art. Subversive art, in fact.

It’s about celebrity
and fame and who can get it and who gains (riches) from it.

Ultimately, it’s a
dark art that’s illuminating the dark side of the media moon: the hypocrisy
of its audience.

Every day, we buy rags
of lies at the grocery stores or watch “news” shows that stalk celebrities (who
some times want to be stalked).

Weekly, millions of us
tune in to see talent-less sisters do nothing, the prettiest sister auditioning
for her stardom through a sex tape.

Every fall Sunday,
tens of millions of us watch and attend NFL games, where they wear the jerseys
of and cheer for dog killers, wife and girlfriend abusers, drug traffickers, and
murderers.

On weekends, we attend
the concerts of junkies and watch movies by pedophiles.

The cover reminds me
of the title of Girl Talk’s fourth album Feed the Animals, where any
song is eligible to be consumed, combined, or fed out as long as it satiates
the crowd. (In fact, when I first saw the Rolling Stone cover, I actually
thought it was a Photoshop mashup.)

And its insatiable
hunger leads me back to Kate Durbin’s 2009 poetry collection The Ravenous
Audience, which highlights and critiques the willing cannibalization of
women, particularly celebrity women, by Hollywood.

At its core, the cover
challenges our heroes, our morals and ethics, and best/worst of all, our
mercurial tolerance.

Yes, it can be fairly
argued that it is premature, offensive, and “wrong.”

But it is also
thought-provoking, relevant, and brilliant in its conceit.

That’s what art does.

Except this piece of conceptual
art did something new and daring: It escaped the ghetto of the museum circuit, infiltrated
the mainstream media, and found (or created) an audience of millions.

It is the first truly Viral
Work of Art.

And for that, I believe
this Rolling Stone cover is the first
important piece of art of the 21st century.

One we all -- willingly or
not -- own and are responsible for. Like the subject of its story.

K-PoP is short for Ky-Phong on Pop Culture. Ky-Phong Tran is an award-winning writer and teacher based in southern California and he’ll be writing about music, art, literature, Los Angeles, fatherhood, and other musings. 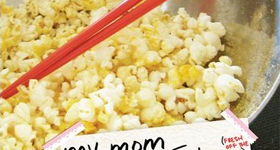 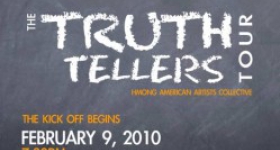 LTE wrote on Fri, 08/02/2013 - 1:53pm
...of a killer. . The cover is of the moment but in 10-20 years time, how many people will recall Tsarnaev? The R.S. cover was more like a commentary. . Many things I have seen called art have been forgotten and left stored away in some warehouse. . True art maybe something someone created a 1,000 years ago and when someone from our age can look at the creation and say, ah, yes!.