With President Obama reissuing the call to “fix our broken immigration system” and more and more states taking
action on the issue, Asian Americans are increasingly
seen by those in both parties as the “type”
of immigrants that this country needs. (Many note that tech-industry lobbyists play a role in this since they
push for “better
access” to H1-B visa holders who are predominantly
Indian and Chinese.) While many in our
community -- which has often held the dubious distinction of “model minority”
-- are skeptical of such characterizations,
others have been more than happy to offer themselves up as embodiments of the
“American Dream” -- presenting their lives as illustrations of how a scrappy
individual without a penny to his or her name can find prosperity through hard
work and clean living. With shockingly few facts in support, holistic New Age
guru and Ig
Nobel Prize winner Deepak Chopra makes
this claim in his 2013 memoir, Brotherhood: Dharma, Destiny, and the American Dream.

From a cursory overview of Deepak’s life, one
thing is clear: he grew up with abundant financial, emotional, and educational
resources. His father was physician to the president of India, and as his
brother (and co-author) Sanjiv puts it, “we were affluent and always lived in
nice houses with plenty of servants.” What’s more, their family could pull the
levers of power whenever they were in need. My favorite example is when their
dad convinced his patient Fakhruddin Ali Ahmed, the president of India, to lobby
Parliament to change the law so that Sanjiv could join his brother Deepak at
the All India Institute of Medical Sciences, the most prestigious medical
school in India, at a younger age than was legally permissible.

Of course, nothing about growing up in the lap
of luxury takes away from Deepak and Sanjiv’s hard work and accomplishments
both during school and after, but it is outrageous to imagine their story
supporting the idea that, in Deepak’s words, in America “you can climb the
ladder of opportunity or kick it out from under you and still succeed beyond
your wildest dreams” or, as Sanjiv puts it, in America “individuals climb up
the success ladder based on ability, talent, and hard work.” For, unlike most
of us, the Chopra brothers were born at the top.

Lest there be any doubt that one’s wealth and
education largely determines one’s life outcomes in the U.S., let’s review
three bodies of research on what the “opportunity ladder” looks like these
days:

Being
born poor significantly reduces the likelihood that you will graduate from high
school, let alone college and graduate school. Research from the Urban
Institute shows that, compared with people who are not born poor, individuals
who experience poverty for more than half of their childhood are nearly 90
percent less likely to complete high school by the age of 20.

According to research released this week by
the Corporation for Enterprise Development, nearly 44
percent of Americans don’t have enough savings or other
assets to get by for three months if they lose their income. What’s more, 56%
have subprime credit scores, leaving them with neither the wealth nor access to
loans to take the type of economic risk
that Deepak did in quitting private practice and pursuing Ayurvedic medicine.

To be fair, I doubt that Deepak Chopra genuinely
believes that his personal story is illustrative of the American Dream. He
openly acknowledges that his grandchildren live with the “protection of
privilege,” and he would likely concede that the same analysis applies to
himself. If, perhaps, invoking the American Dream is just the Chopras’ strategy
to sell books, what’s the harm?

First, by reinforcing the idea that in America
those who work hard are guaranteed to succeed, the Chopras indirectly cast
those who fare poorly as lacking sufficient work ethic.
If the brothers understood how stacked the deck is against those born into
oppression in this country, especially people of color and Native communities,
they might avoid such elitist analysis.

Secondly, by casting themselves as model
minorities, the Chopras reinforce structural racism and silence those among us
working toward systemic change. Vijay Prashad -- whose seminal work The Karma of Brown Folk
is a must-read for those interested in how Desis can and must combat racism and
structural oppression -- cites Lewis Gordon in describing how
buying into the model minority myth contributes to structural racism because
racism’s “maintenance and perpetuation depend on a collectivity of choices that
may or may not be efforts to hide from responsibility.”

Deepak
Chopra has written more than 70 books, including 21 New York Times
best-sellers, and has started a foundation to offer resources for the health and
spirituality of disadvantaged individuals and communities. I do not begrudge
him or Sanjiv their accomplishments; in fact, I am inspired by their story to
pursue my own dream for America. In my dream for America, we all have access to
the quality schools, healthy environments, living wages, and strong social
safety net necessary to live with dignity. In my dream for America, stories of
immense success are not limited to individuals born with immense privilege --
instead, they are found among those born to every class, every race, every
gender, every documentation status, every sexual orientation, and everything
else. His literary missteps aside, Deepak would surely share that vision as
well. 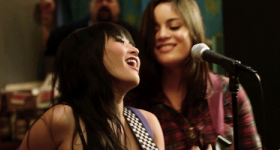