Remembering Alain Dang: Jack of All Trades, Master of Many

"I have
something important to tell you. I am going to run for Cupertino City Council,"
Alain told me in one of his visits to Los Angeles a few years ago. It was
quintessential Alain, trying to find another means for bringing about social
and economic justice.

I met Alain
18 years ago, when I was part of a group of UC San Diego undergraduate students
who trekked to Irvine to meet with student organizers from across several UC Campuses. It just so
happened, Alain hosted the meeting at his apartment to discuss organizing
strategies for the Nike Sweatshop Campaign.  It would be the first of many meetings where
we crossed paths -- especially when a student movement emerged to fight the passage of the UC Regents Special Policy 1 and
Special Policy 2; ultimately leading to California Proposition 209 banning
affirmative action programs.

My most
treasured memories of Alain were during graduate school. In Fall 2000, Alain
and I both entered the UCLA Urban Planning Master’s Program. This is where I
really got to know him well. We both specialized in the Community Economic
Development concentration and as a result, took most of our classes
together. We were often partners for group projects. One of my fondest memories
is learning how to use Geographic Information Sciences (GIS) software to
create demographic maps. We struggled together to learn how to best
display population information, but after all was said and done -- felt
empowered to map our respective communities in Los Angeles County (for him, the
Vietnamese population and for myself, the Filipino population). I remember we
both felt it was amazing to see where our people resided in various cities and
neighborhoods throughout Los Angeles.

Graduate school was intense; I remember
we would sometimes stay in the computer lab until midnight working on
assignments. Later would eat at In-and-Out Burger, then go to his apartment and
study some more. After we turned in those papers and finished midterms
and finals, we would celebrate by dancing to good house music at
the Abbey and Tiger Clubs in West Hollywood, or going to a karaoke spot on
Sawtelle Blvd. Alain could sing -- and was always getting the highest scores! In
the most challenging of times -- in school or in everyday life -- Alain
was my support group. He would make me laugh during the most serious of our
policy discussions, reminding me not to be so critical all the time.  I don’t think I would have ever survived
graduate school without Alain.

During
graduate school we also travelled to Toronto and Washington D.C. on our starving student budget, which meant getting as many students as possible to share a
hotel room. We co-presented on a panel at the Association for Asian American
Studies Conference with three other graduate students, and attended the National
Coalition for Asian Pacific American Community Development Advocacy &
Policy Conference. I believe these
opportunities demonstrated to us that we could bridge research with addressing
the needs of underserved communities.

After
graduate school, I got a job at the UCLA Asian American Studies Center running
the Census Information Center. Alain went on to work as a Policy Analyst at the
National Gay and Lesbian Task Force Policy Institute. Again, we were sharing
similar experiences, but now as researchers and policy analysts. I remember how
excited he was to be working with data from the largest-ever national survey of
Asian and Pacific Islander lesbian, gay, bisexual and transgender Americans. The co-authored report, “Living in the Margins: A National Survey of
Lesbian, Gay, Bisexual and Transgender Asian and Pacific Islander Americans”
was one of his proudest accomplishments. The report was historic and is still
one of the leading publications on API
LGBT Americans. Alain was quoted, “'Living
in the Margins' continues the Task Force’s longstanding commitment to racial
and economic justice and supports the efforts of local activists in a
partnership to create a strong, vibrant, diverse LGBT community where all are
welcomed and supported.”

Alain was a
fighter for equality, but he was also very caring friend. He would always
be there for the special moments in life. 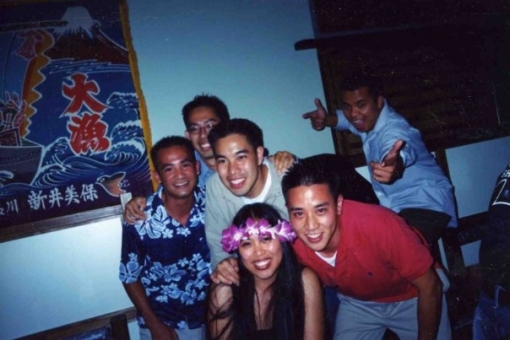 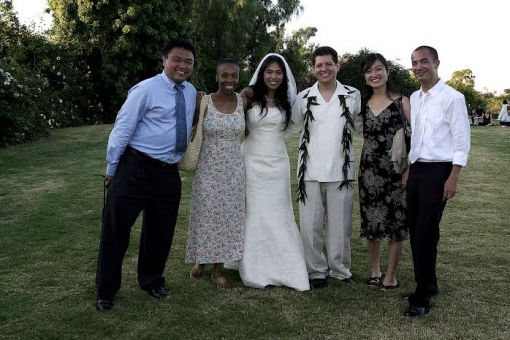 Alain never
ended up running for Cupertino City Council, but his passion to make a
difference from every angle is reflected by this goal and his dedication to
serve the people -- as a student activist, community organizer, researcher, policy analyst, planner, and friend. Alain always seemed
like he was on a quest to figure out how to make a difference -- as a jack of
all trades and master of many.

Melany De La
Cruz-Viesca is a sister in the struggle for social justice with Alain Dang. She
is the Assistant Director of the UCLA Asian American Studies Center and the
Managing Editor of AAPI Nexus, a nationwide journal focusing on Asian American
& Pacific Islanders policy, practice, and community issues.

All photos used with permission of Melany De La Cruz-Viesca. 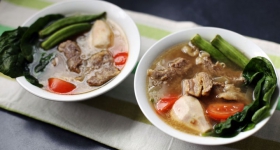 Home Cookin’ for the Soul 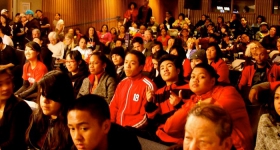