Having been to a lot of Chinatowns around the country, I can tell you
that what makes NYC special is how many immigrants live, shop, eat, and
also work there. But in the past 10 years, I’ve noticed something
disturbing in the area: signs in English for designer clothing, trendy
fro-yo, and even French bakeries.

From Starbucks to Quickly’s bubble tea, Chinatown storefronts are getting a major makeover to match the upscaling of the previously working-class neighborhood.

Proponents of gentrification laud it as a “revitalization” of a run-down neighborhood while its opponents proclaim it to be the erasure or “Disneyfication” of an immigrant space. According to one particularly outspoken local, Irene, something was amiss: “[o]n the one hand, I like the new buildings but on the other, there is something missing…a certain feeling. They feel fake…it doesn’t feel like the old-school Chinatown.” Indeed, there is no more “old school” Chinatown because it’s undergone such a dramatic transformation after 9/11. 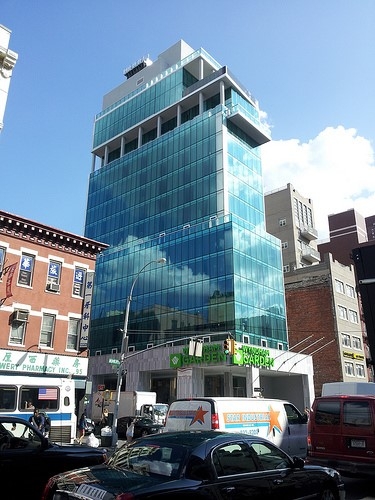 In 2008, the New York City Council (under the leadership of billionaire businessman Mayor Michael Bloomberg) approved the East Village/Lower East Side Rezoning Plan that protected parts of the Lower East Side from further out-of-proportion development. That is, developers are no longer allowed to build crazy tall towers that block out the sun and change the neighborhood’s scale and character. While this was of course a good step towards preventing over-development of a special place, this plan failed to include the historically significant neighborhood of Chinatown.

Much conflict surrounded the ultimate decision to exclude Chinatown from the plan because Chinatown itself was divided on the issue. I worked with Wing Lam and the Chinese Staff and Workers Association and the Coalition to Protect Chinatown and the Lower East Side when the plan was in its preliminary stages. We argued that by only protecting a small portion of the East Village and Lower East Side (incidentally the section with the greatest income), the plan would push developers into the surrounding (and unprotected) areas, including Chinatown.

Six years later, this is indeed what’s happened. Hotels like the Hotel Azure, Wyndham Garden Chinatown (pictured below), the Be Hotel, and the tentatively named Hotel Bowery (scheduled to open Spring 2015) have sprouted to create a gleaming wall of glass in the old Chinese neighborhood.

City Council members and real estate developers need to realize two things that are essential to preserving the dynamism of Chinatown: 1) diversity of residents and 2) diversity of neighborhood usage. An imbalanced neighborhood demographic would be disastrous for Chinatown’s future, as it neglects its roots as an ethnic and low-income space. A percentage of the new apartments and condos set aside for low-income residents would ensure that a variety of people might continue to afford living in Chinatown. Second, multi-national banks like HSBC and commercial offices are essential but so are mom-and-pop shops that cater to local workers and residents. Lastly, a neighborhood needs community spaces—not just consumer ones—to thrive. Public parks, handball and b-ball courts, and cultural centers sustain the character of a neighborhood. Otherwise, you wind up with a space that empties out after 5pm and is a dead zone on the weekends.

Notice that I used the term “low-income” vs. “affordable housing” because gentrification and anti-gentrification efforts often hinge on the wording of the issue. Developers often say they are making “affordable” units but then the question becomes, as Wing Lam, head of the Chinese Staff and Workers Association (CSWA), points out “affordable for whom?” In a place like Manhattan, where median income was around $68,000 from 2008-2012 but the cost of housing was about $827,000 (no, that’s no typo), “affordable” can be a slippery slope.

When I go back to visit my Chinatown now, I’m simultaneously proud and saddened by the drastic transformation. I hardly recognize the place because it’s no longer mine; it increasingly belongs to tourists and yuppies. But I’m proud of the resilience and perseverance of the residents who continue to fight to remain in their neighborhood. It remains to be seen what will happen to Chinatown and the rest of the City with the new Mayor Bill de Blasio, a self-proclaimed man of the (poor) people. Let’s hope that’s true and more low-income housing units will be made available to those who really need them. To Mayor de Blasio I say not “show me the money,” but show me you are anti-displacement of low-income residents!

See examples of gentrification in your nabe and
want to learn more? Want resources on community groups and activists working in
your area to ensure equality in urban planning? Stay tuned for my next post! In
the meantime, check out some stories straight out of Chinatown NYC via the Asian
American Writers Workshop and hit me
up with comments below.

Winnie Tam Hung is a Cultural Studies Ph.D. from
NYC who studied Chinatown extensively and continues to be interested in cities,
urban restructuring, and immigrant neighborhoods. 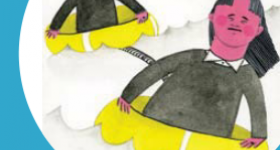 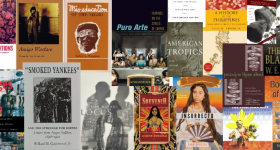