A few weeks ago, as I was putting my kids to bed, my older one, in an effort to avoid sleep, said to me, "Mommy, blonde is my favorite color of hair. I wish my hair was blonde."

Before freaking out, I asked her why, and her reply was simple. "Blonde is the prettiest."

I took a moment to gather myself. This was not a discussion I could have with her right before bedtime. I said to her, "I don't really agree with that, but we can talk about it in the morning."

This is a moment I had been preparing for since the day I found out I was pregnant. From the jump, I've been determined to prevent my children from having the same weird experiences with race that I had growing up. I thought I had controlled for all the factors here so that we wouldn't even get to this point -- the vast majority of my kids' dolls were POC's (Princesses of Color) with the exception of Rapunzel, I took a hard stance against letting them have Barbie dolls, not a single show they watched on TV had an all-white cast, and we even moved back to Los Angeles and sent the big kid to a magnet school so ensure that the world around her was diverse.

And yet, here we were.

I’ve had all sorts of weird experiences with race that my parents weren’t well-equipped to handle. My dad had landed in the United States just months before my birth (I’ll do the math for you: I was conceived in the Philippines), and was navigating problems of racism and xenophobia on his own. My mom’s best advice was to ignore racial bullying -- which may have worked for her as a young, beautiful 20-something when she came to America, but kids can be much more overtly cruel.

Wanting to look different took on different forms as I grew older. When I was in elementary school, I’d thought of the blonde hair and light skin my stack of Barbies had. I’m not sure I ever wanted blonde hair for myself, but I'd already known at a young age that blonde was a signifier of beauty, of being desired. In high school, I'd wished I was a little bit taller and not so chunky around the waist. In college, when I started dating and learning what the men I liked paid attention to and after I'd already slimmed down considerably, I'd lament the fact that I didn't have bigger breasts and a fatter ass. Sometimes I still do this, and it pains me to say that I've spent a majority of my life actively disliking what I see in the mirror.

So when she came home with these ideas of being blonde haired and blue eyed, I silently freaked. I took to Facebook, partly to lament my utter failure as a conscious parent, and partly get my friends' takes on the matter. Most said to give it some time and she'd likely grow out of it -- wasn't there a point in my childhood where I wanted to try on some other skin, even if it was completely silly? (The answer is yes, and I wanted to be a Muppet Baby.) Another friend suggested that my Barbie ban might have had the opposite effect. I cautiously decided I'd take my kid to Target that afternoon and finally let her pick a Barbie out for herself. It was an exciting moment for her, but she really surprised me. Out of a wall of Barbies of different forms -- mermaid Barbies, bride Barbies, equestrian Barbies, and fashionista Barbies -- my girl chose the racially ambiguous, looks-like-Kimora Lee Simmons doctor Barbie, and she wasn't even blonde.

On the ride home, I asked her why she told me she wanted to be blonde the other day. Her answer? "Because I want magical powers like Elsa, Mommy!"

So it's not always a fire, but don't judge me for trying. I know I tend to get oversensitive and navel-gazey when it comes to race and my kids, but it's important to me that my kids grow up with a healthy self-image and feel comfortable in their own skin, and I think it's something most modern parents want for their children. We all have weird ways of navigating race as we're growing up, and I'd like to believe we all arrive at some form of self-love sooner or later, but if you've read the manifesto of the UCSB shooter, you know the kind of extremes unchecked self-hate can lead to. The difference in my case? My daughters are more likely to be the victims than the perpetrators of this type of gendered violence.

But this was a good reminder for me that while my kids’ experiences with race may look similar to mine on the outside, they may not always be the same. I hope this will only mean good things -- that my kids will want blonde hair for a week because of Elsa from Frozen, and not for the rest of their lives because of racism — but I know this means I’m not always going to have the right answer right away. I'll just try my best to remember that it's not the end of the world every time she says something familiar from my own childhood. 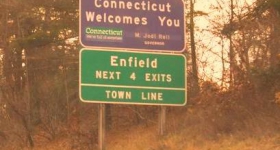