I met Yuri in 2002 while writing a lengthy profile of her for a local newspaper. Yuri
was 80 then, but full of energy. I was amazed. She went to meetings, protests, and marches in her walker. In fact, she seemed
disappointed when an event we showed up at turned out to be a press
conference, not a march.

When someone asked her what the point of marching was, Yuri replied, “I
think it's very important. If they did not have all those years of
marching and demonstrations, they never would have gotten the Civil
Rights Act of 1964. ... I like it because it's a people's thing. It's
not an individual thing. It's all the things that people do together
that gives you strength."

This last point applied not only to marching, but served as Yuri's most basic credo.

Yuri
made time for everyone. She drew people together. She rarely spoke
about herself. Instead, she was genuinely interested in what other
people were doing and often you would find yourself on the receiving end
of Yuri’s questions.

I feel blessed to have spent time with Yuri.
I have been doing social justice work in my own way, through
journalism, the arts, and youth development. Sometimes I find it
difficult to keep going -- I feel simultaneously burnt out and that I'm
not doing enough. But I remember Yuri's example.

I wrote of Yuri in the profile, "To be a Movement person is to live a life of losses, yet still retain hope. And Yuri never lets go of hope." This has stayed with me over the years, a prescription for life.

She modeled how to live a life of social justice with generosity and tremendous spirit. For that, I am thankful.

As a college student, I became politicized through radically left, multiracial campus
groups that centered Black liberation and the Clinton Doctrine's
collateral damage. In particular, we focused much of our attention on
the case of Mumia Abu-Jamal, the former Black Panther and radio
journalist sentenced to death in the killing of a Philadelphia police
officer in 1981. This was also the time of Mayor Giuliani's draconian
policies to "clean-up" NYC. Much of my activism consisted of
speak-outs on campus and bus trips to anti-police brutality, anti-war,
and pro-Mumia protests throughout the East Coast. I always felt a bit
strange as one of the few Asian Americans in these spaces. "Why does he
care so much about these issues? These are Black issues," is what I
imagined most Asian Americans on my campus to be wondering. Sometimes I
wondered myself.

Then I
heard about an elderly Japanese American activist who had wondered
about these same questions, stopped wondering, and got busy. For me, Yuri
Kochiyama's vibrant legacy of cross-racial, under-the-radar (save for
that historic moment in the Audubon Ballroom) activism crystallized the
powerful notion that one can craft an identity around one's politics,
rather than a politics around one's identity. That was made evident when
I finally met her in the fall of 2006. I brought a few of my UC Davis
Asian American studies students to Oakland to hear a report-back by a
Korean American peace delegation that had returned from the Democratic
People's Republic of Korea. As we walked down the hallway, I saw a frail
Asian woman gingerly walk towards us, her thin hands gripping a walker
covered in political stickers. I knew right away who she was. I
nervously introduced myself and my students to her; she greeted us like
we were friends rather than strangers.

Her presence that day, in support
of the reunification of my parents' divided homeland, spoke volumes
about the arc of her life. That revolution isn't a moment, but a
lifetime. That revolution is found in the warmth of fire and not in its
cold ashes. That revolution is how one cradles a comrade in need. That
revolution is going beyond the limits of oneself to imagine and do
otherwise. That even when the body gives way, one's spirit can still
shine. Thank you, Yuri. Through us, your arc will continue to bend towards justice.

Women leaders,
and women of color in particular, are too often defined by their proximity to
greatness instead of their own accomplishments. For Yuri Kochiyama, the prevailing
image that defines her in the national imagination is that of her cradling
Malcolm X’s lifeless body, and her contributions mostly limited to their brief
but important friendship. But she was a powerhouse in her own right -- a grassroots
leader before we knew that grassroots leadership could build presidencies. And her
message to build “bridges not walls” between people of color in our continued
fight for self-determination and equality is something we should all commit
ourselves to learning, and re-learning every day.

Civil rights
leadership of the past takes a particular shape in our minds, and Asian
American women continue to be out of focus. When we imagine her, let it be with
clarity, megaphone in hand, marching in solidarity.

I've never had the honor of meeting Yuri Kochiyama, but her power,
her passion, her presence has continually lingered in the atmosphere,
like a spark in the ether. The iconic image of Yuri speaking with
ferocity at a 1968 anti-war demonstration is branded into my brain, and
no doubt countless others -- young and old, Asian American and non --
who, like me, hope to manifest even a small part of her fearless life
and vision.

This image of Yuri is audacious, it is righteous, and it
still quickens my blood every time I see it.  It shows someone who does
not look like what we've been conditioned to believe a hero can look
like in America, but who was nevertheless propelled by the courage of
conviction, who boldly lived her values, and who modeled what justice
can look like when we build together. I see a woman warrior, and it is
in Yuri's legacy that I can imagine the promise and potential of our
beloved society. Thank you Yuri, for all you've given us.

When I visited one of [Yuri's'] places in Oakland, her walls were covered with
political posters such as “Free Mumia” and her bed was also
covered -- with stuffed animals. She kept an album of photos and postcards
of Malcolm X, but also many other things -- letters that she would write,
many with political prisoners who she corresponded with for decades.
Whenever someone would visit her, she also asked them to sign their
names in a book that she kept.

As
an elder and inspiration to many in the younger generations, she took a
keen interest in young peoples’ lives. Some note that instead of
talking about her life, she often asked the young people what they were
doing.

She
recently turned 93 on May 19, a birthday she shares with Malcolm X. Her
memory and spirit live on with the many people she has met and
inspired.

Want to read more reflections from the community about Yuri, or share your own? You can submit to the Tumblr 'Because of Yuri' here. 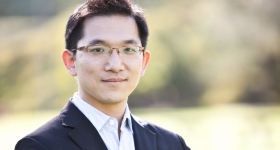