In his latest novel, The City Son, Samrat Upadhyay explores
the devastating trauma of sexual abuse and the impact it has upon a family. He
deftly handles the narration of a scorned wife's determination to punish her
adulterous husband, his mistress and the son produced by her husband's
infidelity. The story is grim; upon learning of the betrayal, there is no
redemption for the vengeful wife Didi nor for those over whom she exerts power.

Similar to his previous works
such as The Guru of Love (2003) and Buddha's Orphans (2010), the
Nepalese-born writer Upadhyay sets The
City Son in modern Nepal, dispelling illusory notions of moral and mystic
purity too often associated with that country. In The City Son, he describes Kathmandu
and nearby villages not as romantic
dreamlike environs but "rancorous and alive" places. Within this setting,
this novel delves deeper than his previous works into human experiences of
love, lust and their untoward consequences.

The
City Son starts
with Didi learning of her husband's city mistress and son. With this knowledge,
she leaves the countryside, taking her two sons to the city. Throughout the
novel, Didi takes swift, decisive action: "She's not at the start of this
momentum; she's already in the middle of it. The boys are going to suffer.
Other people, unknown faces she hasn't yet met, are going to suffer -- people
who are now suddenly connected to her." And suffer is what everyone does
as she commands fear and obedience from her husband who is too weak even to try
to protect his mistress and their son Tarun. 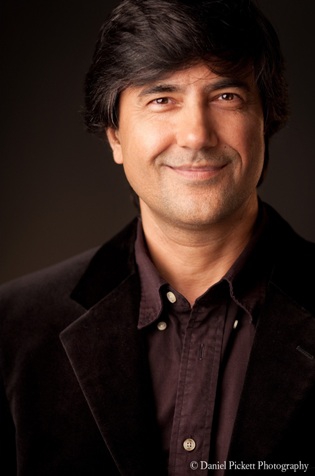 While the novel opens with Didi's
point of view, it ends with Rukma, Tarun's wife, who recounts the aftermath of
the damaged lives left in Didi's destructive wake. Rukma offers no resolution
because there is little solace to be found in learning what traumatic sexual abuses
shaped Tarun into the man who is her husband. She considers leaving; she still
might leave. But she wonders, "[W]hat about all these people? By going
away she'll be announcing that they don't matter. But she wants to believe they
do."

What responsibility does Rukma
have to Tarun and his family? She marries into his family to escape her own
humiliation over a lost love. She saves her parents from the disgrace of those
rumors. She is not someone to allow secrets to infect her sense of morality and
justice. When she learns Tarun's secret she takes her own actions, ones that
may enable Tarun to begin to understand the grave harm sexual abuse has exacted
upon him.

Other adults share responsibility
in their failure to protect Tarun from becoming the shattered man Rukma meets
and marries. When confronted by his wife who suspects his infidelity, Tarun's
cowardly father Masterji abandons his mistress Aspara and willfully ignores his
wife's sexual advances and assault of Tarun, which start when he is only a
child. Aspara is similarly ineffectual in protecting Tarun. She relinquishes
all maternal care when Masterji rejects her, leaving Tarun desperately seeking
a mother's love from the depraved Didi. One of Didi's sons, Amit, seeks to make
his stepbrother's life miserable, but when he senses his mother's growing
affections for Tarun, he descends into his own version of hellish,  drug-induced blindness. The complicity of
silence infects the family like a disease made apparent through madness, drug
addiction and reclusiveness.

As a young boy, Tarun was
frightened yet drawn to a masked dancer in the crowded townsquare. As a young
man, he finds himself again approached by a lakhey, who moves his body with
similar abandon, but dances in an open space. The lakhey, a dancer masked as
the Nepalese folklore demon, is emblematic of the novel's larger themes. In
crafting this brutal but compelling novel,
Upadhyay forces us to face the pivotal question faced by Tarun: given
his wife's determination to confront rather than willfully ignore the sexual
trauma of his youth and its aftermath, will Tarun be able to accept himself as
a man who can embrace the emotional and physical energy that are no longer masked? 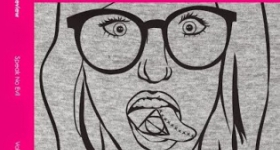