With the recent terrorist attacks around the globe, the South Asian and Middle Eastern communities in the United States are on high alert. Backlash towards these communities similar to the post 9/11 hate crimes that took place has resurfaced. Over Thanksgiving, a Muslim American cab driver in Pittsburgh was shot in the back by a passenger. CAIR, the Council on American-Islamic Relations, reported the passenger asking the cab driver about his background as a “Pakistani guy” before he brought out his rifle.

As a growing writer and community advocate, I have learned the power of backstory when it comes to individuals and communities, and the history and context that has lead to a current reality. They let the reader understand what motivates and fuels particular political or cultural players, their actions and their goals.

We Too Sing America: South Asian, Arab, Muslim, and Sikh Immigrants Shape Our Multiracial Future is a necessary backstory. It provides a critical history of the specific race and faith discrimination South Asian and Arab communities struggled through and are still reconciling in our post-9/11 era.

National figure Deepa Iyer, know for her leadership at South Asian Americans Leading Together (SAALT) and now serving as a Senior Fellow at the Center for Social Inclusion, constructs this history through an alchemy of personal narratives, journalistic reporting, research, statistics and multi-level analysis. 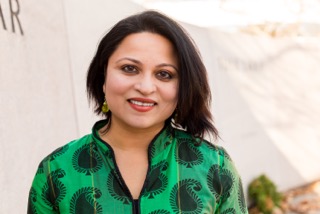 As a Sikh American woman married to a turbaned Sikh American and raising two children adhering to the faith, the first chapter alone forced me to put the book down for two days. I had to take pause to stomach the haunting details of the Oak Creek massacre in Wisconsin, during which white supremacist Wade Michael Page fatally shot six people and wounded four others in the Oak Creek Gurudwara, a Sikh house of worship.

The vivid descriptions of hate violence propelled me back in time. First to the tragedy of Oak Creek. Then to the hate crimes against Sikh, Muslim and South Asian Americans immediately after 9/11. And then even further back, to my experiences as a student in the Central Valley, California. “Go back to your country, you fucking Hindu” was a refrain I heard over and over again that stigmatized and traumatized both American-born and immigrant Sikhs on school grounds.

As I read Iyer's book, I realized that I and my fellow students in Central Valley were far from alone in our struggles with race and faith-based bias. Iyer discusses the sweeping exclusionary history that was in effect long before 9/11 dating back to the 1907 riots in Bellingham, Washington. Iyer writes:

At the time, all along the West Coast, Chinese, Korean, Filipino, Japanese, and Indian laborers, were exploited for their labor but not welcomed as residents or as U.S. citizens. These racist attitudes, reinforced by laws such as the Chinese Exclusion Act and anti-naturalization policies, often took the form of actual violence. This is what occurred on September 4, 1907, in Bellingham, Washington, where five hundred White residents rounded up around two hundred migrant workers –- most of them Sikhs and Hindus –- and locked them in the basement of the city hall.

Iyer goes on to illustrate significant cases of Islamophobia in New York City and the Bible Belt. She provides the reporting and narratives that major media outlets missed or deliberately ignored in reporting on these significant historical events that greatly affected South Asian and Arab communities. She includes assessments of the contradictory involvement of the government -- both discriminating and protecting specific communities -- along with special interest groups and community responses.

For example, the National Security Entry-Exist Registration System (NSEERS), a program created by the government in the name of “national security” after 9/11. This program targeted nonimmigrants, students, visitors or temporary workers, specifically from South Asian, Arab, and Muslim-majority countries. The NSEERS reporting requirements were so controlling that it set up an automatic failure to comply. This failure resulted in nonimmigrants being flagged in a database for local authorities to apprehend, and in some cases deport. This policy tore families apart and altered the lives of many families, specifically children.

As Iyer describes the delimiting viewpoints and intolerance our communities have had to endure from specific programs like NSEERS for at least the past fourteen years post 9/11, she uses personal narratives to counter their effects as well. The personal narratives of community activists and members greatly helps to humanize their struggles. They described in heartbreaking detail the struggles and the energy it took to galvanize support and turn these harmful and dangerous situations around on behalf of our communities. As a reader, I was most thankful for the prolific descriptions of gutsy alternative narratives to counter mainstream media's grossly distorted sketches of who we South Asian and Arabs are as a people.

Finally, Iyer generously offers teachable moments to community activists who want a different tomorrow. She expands the definition of discrimination to include spiritual faith bias, and offers the reader a fresh perspective on racial profiling. In addition, she walks the reader through the critical linkages South Asian and Arab communities share with immigrant communities and the Black Lives Matter movement. She confirms the critical need for collaboration within and amongst all our communities. Iyer’s powerful explanations of alliance building to combat discrimination helped me conclude that how we organize with one another, will determine the future we have with one another.

While We Too Sing America touched painful memories in me as a second generation Sikh American, this book also inspired me -- it offered resolve, and it taught me greater patience toward others and how to maintain wider perspectives on the work needed for the kind of future I want to create for my own children and other children across all communities.

Thank you, Deepa Iyer for your courage -- and for this book.

Meeta Kaur is the creator and editor of Her Name Is Kaur: Sikh American Women Write About Love, Courage, and Faith published by She Writes Press in 2014.  Additionally, she is the creative director of the online Sikh Love Stories Project.  Kaur is currently a project advisor and consultant for a new publication while deepening her craft in non-fiction, essay, and fiction. 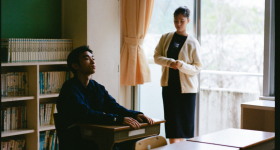 “THAT YEAR evokes this ambiguous, nostalgic feeling that also seems to point to a specific time”: An Interview With Creative Studio THAT YEAR