In Chord, his third collection of poems, Rick Barot leads us through far-flung concerns, continually hovering in a space between real and imagined. The days are gods. The manzanita trees are gods. Gardens bloom all white or all black or not at all. Typhoon Nina shakes Barot’s childhood home in the Philippines all over again, and the sugarcane fields burn and burn. The Annunciation is rewritten. Barot campaigns for governor. Family members die and the surviving relatives are still arguing. The towers fall. The dead are burned with their horses.

The poems in Chord, though varied in their concerns and modes of deployment, are grounded by Barot’s careful syntax and his precise, inventive imagery. His images often focus on minutiae -- everyday objects and scenes that, from another poet, might risk being mundane. But through Barot’s imaginative renderings and the complex psychologies they reveal, the quotidian becomes new, even bizarre, even sublime.

“Inventory,” like many of the poems in Chord, begins with Barot’s eye focused on the ostensibly quotidian:

Bridges and streets. The neon like candy.
Brake lights blooming in rain. Rain.

Barot then moves inward, his eye roving an interior scene that contains more imagery of commonplace objects (“Spoon. Chair. Bed, bread, and stitch.”) before lingering on an addressee:

The ginger of you. The cream of you.
The eyes and bones. The scratch-and-sniff
of you. The back. The back of the hand.

The quickening rhythmic pace effected by the monosyllabic words (all the words in the tercet are monosyllabic except for “ginger") captures the speaker's urgent longing for his beloved. The agile turn of phrase from “back” to “back of the hand” evokes tenderness, violence, and their inherent kinship. The poem hinges on this passage, which propels the strangeness of every image that follows: “The fence-posts like souls…Moon that is the sun of statues…The crow, a knuckle of the landscape.” On display here is not only Barot’s imagery with all its sharp inventiveness, but the complex psychology the images enact: we see vulnerability; we see restiveness.

Poems in Barot’s previous two collections also use the image as the unit of the poem; in Chord, however, Barot shows not only a heightened awareness of the work images do but the ways they can fail. In “On Gardens,” which describes the presence of Spanish colonialism in his Filipino family history, he writes: “somewhere between / what the eye sees and what the mind thinks / is the world” -- a declaration made many times and in many ways in Chord. For him, the connection between eye and mind is tenuous and unstable, and he knows not to trust it fully. From the same poem: “I know it’s not fair / to see qualities of injustice in the aesthetics / of a garden.” On one hand, there is what the eye sees: a garden, its fence, its snow-covered bushes. On the other, there is what the mind thinks: injustice, centuries old. Between them, we have the world of the poem -- which, by Barot’s own admission, is flawed. He has reached the limitations of metaphor and even the limitations of art: poeticizing injustice through metaphor can only, at best, approximate the poet’s rage.

Barot is continually to be drawn to that which exposes the limitations of art in this way, from colonialism in the Philippines two hundred years ago to 9/11, the Iraq War and their immeasurable, rippling effects. In “The Man with the Crew Cut,” a poem about a young, one-armed war veteran he sees while eating noodles, Barot writes:

There is always a war on, somewhere.
Someone making a sign to bring to a protest,
my aunt facing a biopsy, a city block

For Barot, our historical moment is defined by war -- yes, war as nations at conflict, but also war as a set of attitudes and behaviors. War permeates everything, even the trip to the noodle shop that provides the occasion for the poem. Even in America -- especially in America -- where Barot is acutely aware of his own privilege, it finds us. In “Some Roses & Their Phantoms,” the poet recalls witnessing 9/11:

roses, the smoke like the smoke-like
fish in water: everything in flux,
as though against the very

Barot attempts to process the visual memory of 9/11, trying on two similes for the smoke before rejecting both. The moment defies not only poeticization, but sight. He writes three lines later, “my translation stops working” -- referring to the process of translation from the eye to the mind. Barot’s work interrogates this process, enacting its limitations and failures, and as readers we’re made keenly aware of how fragile the process is.

Though many of these poems begin in a quotidian realm, they reach an unfamiliarity acute enough to bring us to panic. The poems invite us -- compel us, even -- to consider: What happens when comprehension fails us? What happens when the poem fails us? What are we to do in the wake of this failure? All these questions extend beyond the poems, long after Chord is closed. Barot’s gift to us isn’t merely the poems that beg these questions, but the charged silence after they end. 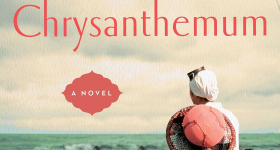 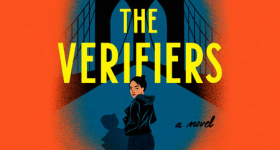 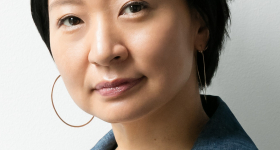