“Catastrophic” is not the word a mother wants to hear upon her daughter’s birth.

Writer Deanna Fei went into labor prematurely, at 25 weeks of pregnancy. Her doctor tells her that, in another era, her labor would have been considered a miscarriage. For months, Fei's daughter Mila hovered at the edge of life and death, weighing just one pound and nine ounces at birth. On one level, it would be impossible to put a price tag on her daughter’s life. However, on another level, the broader forces of health insurance, corporate management and privacy in an Internet age further challenged the already fragile state of her daughter’s life. These forces insisted that a price tag was not only possible but necessary causing a great deal of public debate about the cost of human life. Somehow finding immense bravery amid her turbulent experience, Fei has written a memoir, Girl in Glass, about the early days of her daughter’s life and “what [they] taught [her] about the essence of love, heartbreak, and miracles.”

Many of Fei’s strengths as a novelist translate well to this book, her second after A Thread of Sky (2010). She’s able to construct a scene with just a few details and go straight to its emotional heart. For example, four days after her daughter’s birth, Fei changes back into the clothes she was wearing in the ambulance on the way to the hospital: “The contents of the bag that I was given at triage are relics from another era.: clog boots, a black sweater, my skinny maternity jeans with a soft, stretchy waist panel. The denim is dark and doesn’t show the blood. Only I can feel the stiffness, the weight.”  Through Fei, readers witness her baby’s “raw, bony flesh”; her lips that are at first “slivers of flesh,” her “gaunt, raw-skinned face.” Part of the book reaches back even further in time to provide bittersweet contrast between her daughter’s dramatic entrance and the relatively “normal” birth of her first child, a son. Her writing immerses readers through intimate vignettes: the first time she was able to embrace her daughter; the daughter’s first feedings achieved painstakingly for months; her daughter’s first unassisted breaths.

Fei also involves the reader by combining these intimate scenes with clear-headed introspection. She’s honest about the strains on her marriage and her use of painkillers. We can feel the toll of her insomnia, her husband’s career changes, the precarious balance between the care of their “distressed” newborn with their energetic toddler son, even the proximity of her sister’s healthy baby born shortly after her daughter. It’s amazing how she’s able to ask so many of the hard questions. She thinks about what it might be like to have a child with a disability, for example: “I understand that if my daughter turns out to have a serious disability, her life can still be well worth living…But what if [my child’s] life turns out to be one that no one would wish for their child?” She also worries about the effect of her daughter’s early months on their relationship: “[I worry that] I’ll never be able to forget how I wished for the chance to let her go.” These are questions that parents rarely admit to asking, much less publicly. After just a few pages we can feel why Fei sleeps at night with the assistance of painkillers, “fists clenched,” for weeks.

Although the book is billed as an exploration of three issues (her daughter’s premature birth, health care and corporate privacy, and what these issues taught her), the middle issue really only arises two-thirds of the way through the book. Fei is to be commended for exploring a broader swath of issues that her daughter’s birth raises, and telling the stories of other parents who endured similar narratives. I wonder if the issue is one of structure—if the book had intertwined the larger societal issues throughout the narrative, like The Immortal Life of Henrietta Lacks, I think that that it would feel more satisfying at its conclusion. Because I was so riveted by the first two-thirds of the book, with her daughter’s struggle to live and her parents’ struggles to cope, the final third felt somewhat anticlimactic.

Nevertheless, Girl in Glass raises many important questions about the value of one fragile human life. Anyone who recognizes or questions the idea that human life has a price tag will want to read this book. It’s a dramatic story that made me want to read the ending first, uncharacteristically: does Fei’s daughter survive the extreme measures taken to save and sustain her life?  “I’m as guilty as anyone,” Fei says, midway through the book. “I want to hear the happy ending, too.” 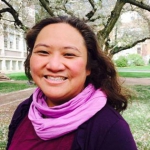 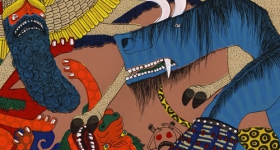 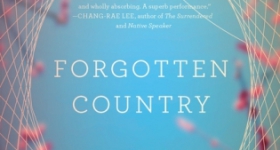