I am the Worldman

Set in mid-1930s New York, the novel follows the lives of Wong Wan-Lee and Pearl Chang, both of whom have lofty aspirations: Wan-Lee, the owner of a small hand laundry business, hopes to be a wealthy businessman, while Pearl, a restaurant worker, aspires to be a movie star. Unfortunately, their goals prove to be unattainable due to barriers imposed by racism and capitalism.

On the surface, And China Has Hands seems like a realist novel, making it a major formal departure for Tsiang, whose previous works were wildly experimental. The shift was a direct consequence of wanting a larger audience, which he achieved; And China Has Hands was his best known and most read work. The realism of the novel serves Tsiang’s political aims well: the realistic depictions of Wan Lee’s daily labors -- of laundering, drying, mending and even the details of midday meals -- all portray a life of tedium and futility. Amid these descriptions, two sentences occur over and over: “Wong Wan-Lee was working in his laundry. While he was working, he was thinking of Pearl Chang.” Even love becomes just another element in the monotony of his labor, and at these moments and others, Tsiang makes the argument that the proletarian worker’s emotions eventually become subsumed into his work.

Yet for all the effectiveness of Tsiang’s concerted move to realism, his experimental tendencies come through. There are major plot gaps, only some of which get filled later. One of these gaps even causes Wan-Lee’s abrupt and ambiguous public demise, and the novel ends with a bizarre formal shift into verse. These challenging oddities, however, always feel productive, and Tsiang’s politics are ultimately served as much by his experimentalism as his realism. In this way, the novel stands out from the realist proletarian novels that were so in vogue among Tsiang’s contemporaries -- one of the many reasons it feels so relevant today.

Perhaps the most pertinent example of Tsiang’s transcendence of realism is the way he weaves Chinese nationalism into his critique of American capitalism. The novel opens with a dedication: “To the Death of the Japanese Empire / This Book is Mournfully Dedicated.” His thinking continues in a very mathematical fashion: “casualties in the first four weeks of the undeclared Shanghai war, reported to be ten thousand [Japanese] against twenty thousand Chinese,” if left to continue at that ratio, would wipe out the entire population of Japan before long. Tsiang probably didn’t believe Japan would actually perish, as by his own admission, this would require the death of a quarter of China’s population, but the bizarre dedication nonetheless reveals a major preoccupation: in addition to its mention in the novel’s title, China is never far from the characters’ minds, despite the fact that the novel is set entirely in the U.S. Tsiang’s depiction of the U.S. poignantly captures its ubiquitous racism, present in the smallest of interactions that Tsiang so ably collects. At every moment, the characters are othered, forcing them into a feeling of kinship with China, however tenuous that kinship might be. In the face of the novel’s pervasive -- and distinctly American -- racism, is there any other choice?

This phenomenon is illustrated marvelously through Pearl and Wan-Lee’s contrasting relationships to China. Born in the American South to a Chinese immigrant and an African American, Pearl has comically skewed ideas about China, all of which are based on appropriated cultural ideas. For example, her entire image of what she calls “her countrymen” -- of whom she has met only two -- comes from American films, and she believes chop suey and chow mein to be China’s “national dishes.” This perhaps shouldn’t be surprising, considering Pearl also refers to a signature as a “John Hancock” and uses the phrase “Gee, swell!” Pearl is told continually by other characters that she does not belong, leading her to identify with China, even though that identification is based entirely on misconceptions.

In contrast, Wan-Lee, a perfect foil to Pearl, is a recent immigrant who continually reminds us that he descends from Chinese royalty. Throughout the novel, he shows he will do anything if he believes it will better China. As the Depression worsens, Wan-Lee attempts to gain customers by performing free services and giving credit to regulars, who, in turn, never return. Wan-Lee’s reaction is fascinating: “His Excellency, Wong Wan-Lee, the Chinese ambassador, was happy; for he thought that he might have gained a friend for China, though he had lost a friend of his own.” It’s an absurd reaction, given how thankless his kindness goes and how costly it is to his business, which eventually fails. When it does, Tsiang writes the shortest and perhaps most memorable chapter of the book, which is a litany of Wan-Lee’s hopes that will go forever unrealized. The last of these is Wan-Lee’s desire “to buy airplanes to beat back the Japs and save China from being a colony, so that it should remain the Great Middle Kingdom forever.” But like all his other ambitions, “Now all his hope had gone with his laundry.” Of course, in the face of his many obstacles, we as readers see these hopes as unattainable.

The entwined stories of Wan-Lee and Pearl serve to create a nuanced portrait of proletarian hardship. That said, while the characters do serve as archetypes -- and not extraordinary ones at that -- they still feel like individuals, and the novel would be neither as lasting nor as effective without the sympathy and kindness with which Tsiang pens the central characters. In addition, coming out of a historical moment when the realist proletarian novel is very in vogue, the hybridity of Tsiang’s realism and experimentalism makes the novel feel both singular and current. Much more so than readers in Tsiang’s day, who were mostly puzzled by Tsiang’s experimentalism, readers of the reprint will appreciate his nuanced and remarkably current critique of capitalism, one in which economics, racism, the personal and the political all interconnect. 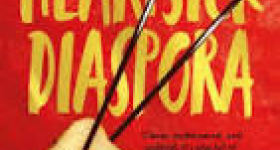 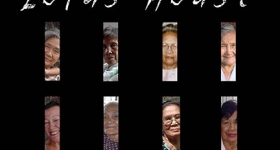