The transnational Asian community has new cause for celebration as another Asian actor hits mainstream media. Tune in to the CW on Tuesday, April 19 at 9pm (8pm Central) to watch actor George Young in the show 'Containment.' Young plays Dr. Victor Cannerts, who discovers a mysterious, deadly virus and orders a city-wide quarantine in Atlanta to contain the epidemic. As desperate loved ones are separated from each other and begin to turn restless and suspicious, Dr. Cannerts rushes to treat those affected and find a cure for the virus before uncontrollable havoc and destruction erupt.

Young may be playing a doctor, but Dr. Cannert's role defies the stereotypically portrayed nerdy, stoic immigrant doctor who speaks with a fake Asian accent. Instead, Dr. Cannerts is an intelligent, suave, calm and collected, cosmopolitan man of the world who speaks with a posh English accent, yet is also accessible, down to earth, compassionate and kind, with a downright sweetly seductive bedside manner. Bad news has never come in such a sexy package.

As a mixed race, transnational, multicultural actor, Young may just represent the future trend in Hollywood. Born to a Malaysian Chinese father and a Cypriot mother, Young grew up in England and became a lawyer before moving to Singapore to pursue more acting. 'Containment' is Young's first American gig, and promises to be the hit to catapult Young to greater stardom.

Hyphen caught up with Young over the phone and got the low-down on his latest project and his experiences as an Asian trying to make it in Hollywood. Based on his genuine charm, indisputable talent, and good looks, we've now become huge fans. We dare you not to join our George Young fan club.

How did you get started in acting?

I did acting at school and then did commercial work in Asia. I previously had never thought of acting as a viable career. None of my friends were in the acting profession while I was growing up in England, so it seemed ridiculous in the environment I lived in. I studied psychology in school to help better understand my brothers who have autism, and then law happened because I was too squeamish to be a doctor and too rubbish at math to be an accountant. But then when I was working in law firms, I was still taking "sick" days to go to auditions and doing drama courses on the weekends. So I just decided to go for it and here I am now.

What attracted you to 'Containment' and playing the role of Dr. Cannerts?

What intrigued me about the show is the dramatic question it asks: What would you do if your friends, family or loved ones are stuck one street away and trapped in this city-wide containment quarantine because of a very real threat and you may never see them again, or if you do, you may catch the virus. And it's something that can happen because we've seen the Ebola virus a few years ago.

Cannerts almost holds the fate of the country in his hands, if not the world, depending on how drastic the situation becomes. He makes the controversial call to enforce the quarantine, and it's now all on him, as it were. He's right there on ground zero within the contained area right in the epicenter of it and he's trying to find a cure. He is under so much pressure yet at the same time, needs to appear calm and controlled. That's a ton of pressure I hope in real life I'll never have to face. And that scale of stress asks the audience what they would do in the same situation, but at the same time, probably makes them glad that they're on the other side of the screen watching rather than having to witness that destruction and make the sort of choices Dr. Cannerts has to.

Your real-life surname is "Ng" -- how did you come to choose your current screen name of "George Young"?

In England when I first started acting, I used my real Chinese surname "Ng." It's quite a common surname in Asia but in England, it's less frequently seen so nobody could pronounce it. Casting agents took that name and pigeonholed me into exclusively Asian roles. When I started using the surname "Young" which has "Ng" in it, I found almost immediately I could cast a wider net in terms roles I could go for. They couldn't place me just from the name and so they'd look at my headshot more closely. In fact, my first professional role in England was a BBC drama where I played a guy who was supposed to be Caucasian initially. So it's interesting how people form inclinations as to who they're supposed to see -- it's not just imagery that affects expectations, it's text as well. So I stuck with George Young because it was more ambiguous and that helped me to get Asian, non-Asian, multiracial, Caucasian roles, etc.

How would you describe your experience so far as an Asian man trying to get acting work?

I'm glad you asked that because it's certainly progressed a lot, especially in American TV. 'Containment,' which is set in Atlanta, is a very good example of diversity in casting and reflecting back the real world that we live in. The character of Dr. Cannerts just happens to have an Asian ethnicity, and for the most part, race is treated as something incidental in the show which is definitely a way forward. Of course, there are obviously racial issues in the real world and you'll see that reflected in the show as trust between people begins breaking down and deeper questions about racial divides are posed.

If you could make any changes in the entertainment industry, what would they be?

I'd like to see more color blind casting where race isn't so much a factor. Maybe "blind" casting isn't really the right term because it's seeing the world as it is. What I mean is casting for the right person for the job, the right human being for that character, and that's it. I hope we increasingly see Asian characters, mixed race characters, Black characters, Latino characters, etc. play all sorts of roles, and not just the usual stereotypes. That should be the ultimate goal. I'm seeing it more now and I think we're slowly getting there and breaking down those barriers.

As someone who's of a transnational, cosmopolitan, mixed-race background, how do you think of and negotiate "identity"?

That's an interesting question, it's something I don't think about sometimes and then the environment I live in makes me think about it. For instance, when I was growing up in England where I've lived for most of my life, I never saw myself as any sort of ethnicity. I grew up with Asian relatives and European and Greek relatives everywhere. And when I went into boarding school from 11-18 years old, one of my brothers and I were the only Asian people there, along with two Black kids, and that was when we started to see race. We would play sports against other schools and we got some racial slurs and were picked on for being different-looking. Then as an adult I moved to Singapore and it really didn't become an issue anymore because it was a very Asian, very multinational community there.

At times, like during the Oscar controversy over underrepresentation of certain ethnicities, I do question and think 'Where do I stand in all this?' But at the same time, I do find it reassuring that I'm now working in a show like 'Containment' which does a good job of trying to tell people that it shouldn't be a question of race, but of human beings. So in terms of race and identity, I've experienced highs and lows throughout my life. But I think it's on a positive trend in the moment because of this show that I'm lucky enough to be in.

What would your dream role be?

I'm a bit of a comic book fan and so it would be great to do one of those characters in comic books and graphic novels. CW has a few shows like that. So maybe Nightwing or some similarly extraordinary character who also happens to be flawed. That's not something you see many Asian or multiracial or non-Caucasian actors take on, and I hope having this super role model kind of thing becomes more available to minority actors.

The Cast of 'Containment' 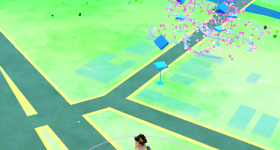