In recognition of National Minority Mental Health Awareness Month, we’re pleased to feature Armin Tolentino’s poem, “A Mascot for Your Mental Illness,” which employs the extended metaphor of the “always stirring” bullhead unfazed by “sharp things” to illustrate both the silence and relentlessness of struggling with a mental illness especially as an Asian American. This honest poem artfully warns of the pain of confronting and bringing a mental illness to light, while braving that task itself.​

A Mascot for Your Mental Illness

Armin Tolentino received his MFA at Rutgers University in Newark, NJ. His poetry has appeared in BACKWORDS Press, Blue Earth Review, and The Raven Chronicles. He is an Oregon Literary Arts Fellowship recipient and wastes many hours on the Pacific Northwest waterways trying to catch whatever will bite. 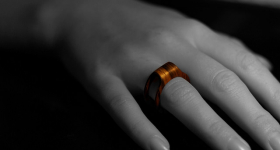