Min Jin Lee's Pachinko is an epic, sweeping saga of four generations in a Korean family that spans nearly seven decades and three continents and has just been longlisted for the National Book Award. After the publication of Lee's first novel, Free Food for Millionaires, Lee moved to Japan to research a new novel. That novel, Pachinko, is a marvel of masterful storytelling. The novel has garnered accolades from literary critics and book reviewers, making the “Best Fiction of 2017” list for Amazon.com, Esquire, BBC, Entertainment Weekly, The Guardian and Book Riot, among others. Lee's short story “Motherland” won the Peden Prize from The Missouri Review and also focused on the topic of Koreans living in Japan. I recently interviewed Min Jin Lee about her past and current work and her next upcoming novel, American Hagwon.

TT: I remember hearing about your plans working on Pachinko after Free Food for Millionaires ("Millionaires") was published, and before Millionaires was released, you wrote an award-winning short story, "Motherland" (which, as noted above, won the Peden Prize in the Missouri Review). Pachinko appears to be a continuation or an expansion of "Motherland" and seems to involve the same characters from the novel (e.g., Etsuko, Mozasu, Solomon, Hana, etc.) When you were crafting the epic span of the canvas that eventually became the novel, did you start with this short story as a narrative kernel? Or did you end up creating the timelines of the novel first and realize that this story would fit in nicely within this larger world? What was your methodology and process in writing and building Pachinko?

MJL: I had written a complete manuscript of Pachinko from 1996-2003 in another form, which I never submitted for publication. The story you mention, “Motherland,” is from that first manuscript. It is the only section which made it into the final version of Pachinko, which was eventually published in 2017. I have worked on this book off and on since 1996. I got the idea for the book in 1989. I had not meant to work on this for so long. It was trial and error and mostly error.

TT: The extensive research you went through to accurately flesh out the historical periods rendered in the novel really shows. I feel as if I am transported to those eras in a very cinematic way when I am reading, yet taken beyond the visual realm because I also experience many other senses through your words. Can you describe your research methodology?

MJL: I do extensive book research for all of my projects, both fiction and nonfiction. Also, I do a lot of personal interviews with dozens of subjects. I don’t think my way of working is smart or efficient, but I think my working style alleviates my personal anxieties about getting things right.

TT: The characters are very memorable, and in some ways reminded me of some of the characters from Millionaires as well. Sunja, for example, appears to be the protagonist of the novel as we mainly follow her through most of the major story arcs. In many ways she is a contrast to Casey Han of Millionaires (primarily due to the chronological difference in the eras or time periods) but in some ways they share similar traits, perhaps resilience being the most apparent commonality. What made you decide to center the narrative around Sunja's point of view and her family/timeline?

MJL: At the risk of sounding odd, for me, Sunja is not the central character because I work in an omniscient point of view. Sunja is an ordinary working class woman who becomes a matriarch of an ordinary family. She is not powerful in the world, but she is important to her family. I wanted to write about an ajumma who is unheralded in history books but who is so important in our daily lives. Moreover, I wanted very much to write about regular men and boys who make up so much of ordinary history. I explore the masculinity of oppressed minority men in this book, and that was one of my most important challenges in this work. I want to write community novels, and the interconnections of themes and multiple characters are far more important to me than one character. 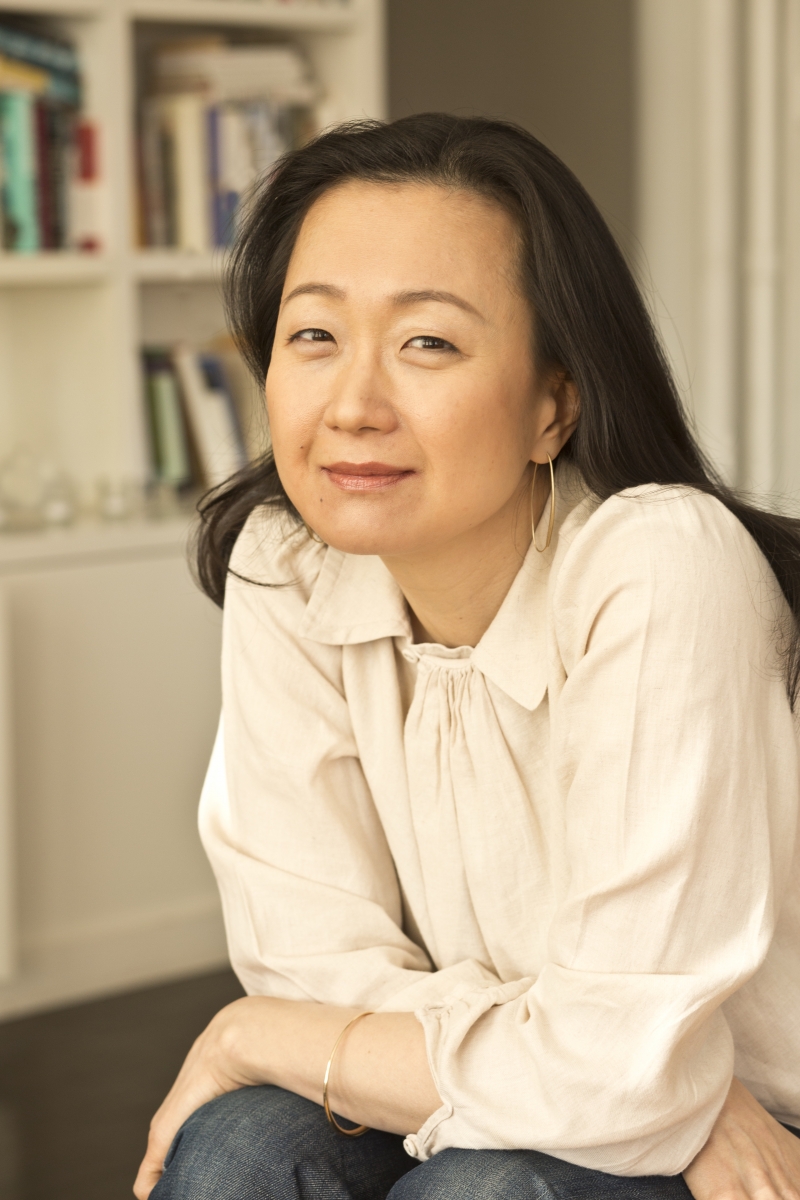 TT: Koh Hansu appears to be one of the most interesting characters I've encountered in literature and probably my favorite one in the entire novel — very compelling, charismatic, cool, but you later see his more villainous aspects — really not a character intending to be evil or criminal, but because he wields so much power and resources and is ambitious as well as disciplined, intelligent and talented, he just can't help it. I also found in Koh Hansu some similarities to the character of Sabine Gottesman from Millionaires, who was, quoting a line from that novel, "fairy godmother, mentor and bad cop" to Casey Han. Koh Hansu seems to be a gangster godfather, mentor and good cop/bad cop to many characters in the book as well. What were some inspirations in constructing both characters?

MJL: Characters like Sabine and Hansu populate the upper echelons of the world. Strong and powerful people are remarkably similar because they have clear codes of behavior, which are often nonnegotiable. They also cannot exist without subjects to dominate.

TT: Building on the last question, Koh Hansu wants so much to exert an influence over Noa and pave a promising future for him. However, I found it interesting that you made Hansu financially support Noa so he could wholeheartedly study English literature without distraction — which seems a bit at odds with the normally expected "useful/pragmatic/practical" degrees and careers that Asian immigrants want their children to pursue (e.g., the pachinko manager comments on the "uselessness" of an English degree before he hires Noa; I can also easily imagine Sabine Gottesman or even Joseph Han balking at this choice of academic path). Was the choice to make Noa study English deliberate?

MJL: I think Hansu has none of the traditional immigrant anxieties because he is not someone who is obsessed with money and conventional security. He is an intellectual and a philosopher, and I think it delights him that his own blood has strains of genius with a strong work ethic.

TT: Out of curiosity, are Millionaires and Pachinko based in the same universe? Also, I was wondering what you thought the characters of Millionaires are currently up to now?

MJL: The characters exist and continue vibrantly, but I couldn’t speculate here as to what they are doing.

TT: The influence and dominance of South Korean culture now, not just on Japan but also worldwide — e.g., the global takeover of hallyu, K-Pop, K-dramas, Samsung/LG/tech, leading world cinema and film from acclaimed auteurs, all of that — was that something that can be historically predicted or how do you think it was caused by, or could be explained by the characters in Pachinko — do you feel contemporary Koreans in Japan exhibit more nationalist-like pride for their home country? Also in Japan now, is it easier to become a citizen or to formally integrate if you are Korean, or do you think vestiges of discrimination against Koreans or non-Japanese "others" still exist, similar to the type the characters of Pachinko faced?

MJL: Korean-Japanese are still perceived to be an inferior and suspect class of people today. Unfortunately, “foreigners” are considered untrustworthy in Japan. However, it is worth noting that many foreigners are treated miserably in South Korea today, too. As for predicting the rise of hallyu, I think in many ways, it is fun and cool, but I think it conceals the great deal of suffering and mental anguish of a nation which has grown remarkably quickly without enough time to lament. South Korea is now an OECD country, and it has the highest rate of suicide of all OECD countries. I want very much to respect the extraordinary complexity and resilience of the Korean people, but I want to acknowledge their vulnerability to suffering, too.

TT: Have you ever thought of writing a novel about the world of (maybe Asian American or Korean American) attorneys, judges, judicial law clerks, law professors and the law? Which brings me to my next and final question: What is next for you in terms of projects, and what are you currently working on?

I wrote a story about lawyers called “Axis of Happiness,” which was published in Narrative Magazine. I think a novel about lawyers could be very fun. My next novel is the third of my “The Koreans” trilogy, and it is called American Hagwon, which will explore the role of education in the lives of modern Koreans in the world. [Note: "Hagwons" are private cram schools or academies prevalent in South Korea]. 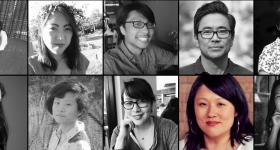 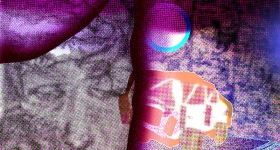 Finding Food Securities Series Introduction
APRIL YOUTH POETRY FOLIO
Deconstructing Cookbooks
Asian Prisoner Support Committee Anthology: Call for Writing Mentors
Cambodian Cuisine and The Elephant Walk Cookbook
The New Normal: Finding Peace for Humanity During the Technological Revolution
MARCH NON-FICTION: "WHY I HATED MY CHINESE EYES GROWING UP (BUT LOVE THEM NOW)"
FEBRUARY POETRY: "THIS HOUSE DRINKS NO WATER" BY ALICE LIANG
A Magical Origin Story:
Rap and Fine Dining: The Mix in Heartsick Diaspora
Immigrant Linguistics: A Conversation with May-lee Chai
April Fiction: How to Say Goodbye in a Language That Does Not Feel Like Home
March Fiction: Excerpt from "Days of Distraction" by Alexandra Chang
“Hoping against hope that a seed will flower into fable”