"Now, with the ferry raised, parents will find their children’s bodies sealed inside the cabins, while the messages those parents saved remain ghosts."
Matthew Salesses
November 9, 2017

Yesterday they raised the Sewol ferry. It sank three years ago with most of its passengers, including 250 of 324 students. The captain and crew escaped after telling passengers to stay in their cabins.

The last time I went to Korea, I noticed that you can ride the subway and stream a movie on your cell phone, call your parents with the exact time you will arrive home. While the Sewol ferry went down, many victims called or texted. If someone chose to save them, those messages remain.

Disasters have changed with cell phones. Now a victim can leave behind her departure. Long ago — say, 35 years ago — in the view of the survivor slowly sinking left the same trace as being swallowed by a sinkhole.

I have been thinking about my adoption, of course.

Birth parents could always leave messages. There are rumors they left messages on their babies’ skin, to know each other again someday by the marks.

When I think about my adoption, I think about ghosts. I think what is this desire to haunt? What does it mean to be raised? When is too late too late? I think I never got the message. The last time I went to Korea was the last time. A recording is not a record. I think what does a body mean to me as an absence? I think who is to blame? I think how do I know whether to stay or to escape? What is a disaster and what is a disaster?

Jerry Ma is a New York-based graphic designer/comic illustrator. Best known for his work as one of the founding editors and artists for the ground-breaking graphic novel Secret Identities, Jerry has also created his own line of graphic tees and is now working on his creator-owned comic project, Legend.

Jerry’s work has also been featured at Lincoln Center for The New York Asian Film Festival, The Lunar New Year Festival at The Metropolitan Museum of Art, Kangol Hong Kong, The World Journal, and Linsanity the Movie.  He has also been a keynote speaker at events ranging from Rutgers University to The Smithsonian Museum.

He is currently in the middle of opening a Taiwanese restaurant in downtown Manhattan. 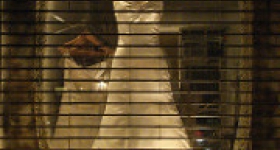 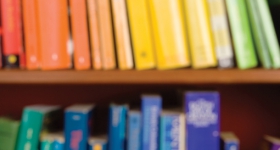