Set in Boston in the 2010s, SJ Sindu’s Marriage of a Thousand Lies deftly navigates immigrant family culture, war trauma, sexuality and authenticity through the main character, Lucky. When we meet her, she is traveling between and across binaries and grappling with multiple categories of identity in order to fit into the social environments around her.

Lucky is a lesbian in her 20s who married her gay best friend Kris, a tactic to hide both their sexual orientations from their Sri Lankan families. Kris is conceptually important to the narrative but not a central figure in the book. He appears to his extended family as the ideal Sri Lankan husband. When an old romance is rekindled with her best friend, Nisha, Lucky finds that her cloak of lies is wearing thin. Sindu only allows us partial entry into Lucky’s thoughts, which provides an opportunity to slowly discover the narrator as she is discovering herself. Despite Lucky’s efforts to appear dutiful, obedient and even-tempered to her family, even the most mundane actions seem to betray her hidden existential pain. In one instance, Lucky’s driving becomes reckless and she chases “the turn of the road inches away from being swallowed by the night and not caring one bit. … ”

While navigating the intersections of family tradition and authenticity, Lucky finds the greatest tension to lie between her love for women and her love for her family. Within the tight-knit Sri Lankan community, there are certain rules that must not be broken. High on that list are the governing rules of marriage. The most dutiful of Lucky’s sisters, Shyama, nearly broke the rule of not dating outside of her race and religion when she loved a white man. In the end, she settled down with a “nice brown husband” and raised a family. “Om shanti shanti shanti, as the prayer goes. Peace at any cost, as the prayer goes.”

Not surprisingly, non-heteronormative behavior is viewed as threatening to the characters in the book. The first time Lucky was caught being queer, her parents cut off her funds, and she became a homeless college student. From her family’s point of view, the result of this punishment was positive: Lucky married a man and her secret stayed a safe distance from Sri Lankan gossip. The second time, however, Lucky was caught in bed with her best friend and love interest, Nisha, who was a part of the community and engaged to a man. This action not only violated the rule of mandatory heterosexuality and no sexual relations during the engagement period, it also created shame for the two families involved.

At this point, the events unfold in a refreshingly well-paced and realistic way. This is a testament to Sindu’s overall success in unveiling Lucky’s complex situation, especially in describing moments when a metaphor is needed. For example, after the tipping point in the book when Nisha’s mother catches Lucky in bed with her daughter, Lucky makes her way to the safest place available to her. This is the house of queer rugby players who are friends of Nisha. Lucky has many decisions to make, and we get a glimpse of her thought process as she observes “a father [teaching] his daughter to walk on the grass.” She remembers her father teaching her to walk. But then she sees bikers pedaling by and recalls, “I taught myself how to ride a bike.” In these snippets, we accompany Lucky to a realization of her own independence.

It is not only Lucky who must vary her performances according to shifting contexts. Her parents, who occupy an important space in this story, are refugees who fled civil war with little choice but to make a new home in America. These experiences create a strong bond of unity out of an intense need to protect their traditions and identities. In this community among the older generation, individual desires are secondary to group harmony, and yet, they also struggle to figure out ways to live their own truths. Most families within the Sri Lankan community are nuclear. Lucky’s father, however, divorced her mother and married her mother’s best friend, and her mother is thus ostracized from the rest of the community that devalues an unwed woman. None of this bodes well for the other females in the family, who are tainted by the matriarch’s shame. Her father is unscathed by his actions, of course, in this patriarchal culture.

In choosing to title her novel Marriage of a Thousand Lies, Sindu seems to suggest that Lucky is wedded to a fate that feels like a death by a thousand cuts. With each lie she dies a little, until at last she can figure out how to live again. While Marriage of a Thousand Lies is certainly equal parts coming-out story and generational story, similar to other well-told stories about family and love, it also manages to find its own unexpected turns and resolutions. 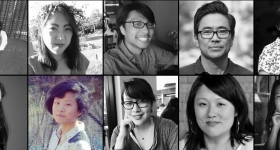 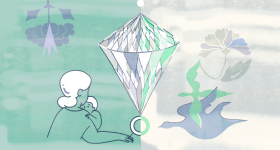 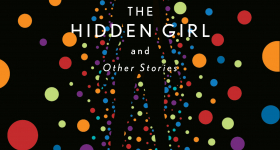