(Please note: This review is based on, and all quotations come from, an uncorrected proof.)

Stacey Lee’s historical fiction follows a compelling pattern: she finds an unseen or forgotten Chinese American community of the past and places a spirited teen girl there, pushing at its boundaries. Lee’s latest young adult novel, The Downstairs Girl (G.P. Putnam’s Sons Books for Young Readers, August 2019, $17.99), is set in 1890s Atlanta, where “an eastern face in western clothes always sets the game wheels to spinning between curiosity and disapproval. Most of the time, the pointer lands on disapproval.” For 17-year-old narrator Jo Kuan, Atlanta’s distaste for Chinese Americans has always presented problems. She and her adoptive father Old Gin live as squatters in a neglected basement — thus the book’s title — because they cannot legally rent or buy a place to live. As the novel opens, Jo loses her treasured job as a milliner’s assistant to a less-qualified white girl. The color of her skin is not the only problem, though. “You’re … a saucebox,” her erstwhile employer assures her. “You don’t know when to keep your opinions to yourself.”

Jo controls her tongue well enough to secure a new job at the Payne mansion, where Old Gin has worked as a groom for years. As a little girl, Jo had helped out in the stables and played with the Paynes’ difficult daughter, Caroline. Now, Jo assures herself,

Working as Caroline’s maid makes good economic sense … Maybe finishing school will have snipped off a few of Caroline’s more disagreeable threads and stitched a sound hem on her rough edges.

While Caroline doesn’t hide her spite, her mother, kind one moment and distant the next, is harder to read. Jo introduces Mrs. Payne with an image that is memorable, spot-on and foreboding: “Her manners have always been flawless, but if you put a hand to her forehead, I expect she runs cooler than most.”

After work, Jo discovers an outlet that could benefit from her opinions. Her basement quarters, formerly part of the Underground Railroad and reached by hidden tunnels, lie forgotten beneath the home and print shop of the Bell family, publishers of the Focus, a newspaper with a progressive vision. Learning the paper may fail, Jo is distressed for the Bells’ sake and her own: she and Old Gin could be discovered and evicted if the Bells close the paper and move away. Noticing that a competing newspaper has a successful advice column, she offers to write for the Focus as agony aunt Miss Sweetie. She hides behind the pseudonym to avoid attracting the attention of her unsuspecting landlords, but she also knows the white ladies of Atlanta are not ready to accept advice, especially forward-thinking feminist ideas, from a Chinese American girl.

Miss Sweetie becomes popular immediately, perhaps because Jo, living outside of the Atlanta social structure, interacts with and understands all kinds of people. She knows working middle-class white women from her millinery job. At the Payne estate, she is friendly with the kitchen staff, who are fellow women of color sharing her struggles with finances and discrimination. The wealthy Payne family members send mixed signals as to whether Jo is accepted as a companion or tolerated as a domestic worker.

Meanwhile, Jo’s oldest and steadiest companion, Old Gin, is being mysterious. “Do not worry,” he says. “I have taken steps to ensure our future, even if that future is not in Atlanta.” Old Gin is ill, coughing and getting thinner with each day, yet he also works extra long hours with no explanation. Jo suspects he is indebted to a lowlife named Billy Riggs and wonders if the debt is connected to hints of a marriage for Jo, or possibly even to the long-ago disappearance of her parents. Jo feels worried and lonely, knowing he is keeping secrets from her.

The Bells are the people other than Old Gin who feel the most like family to Jo, yet they barely know she exists. Years ago, when Mrs. Bell sang lullabies to her son Nathan, Jo heard the crooning and was comforted, too. Thanks to an Underground Railroad-era listening tube, Jo has been the proverbial fly on the wall for years of Bell family discussions. She may be a little sweet on Nathan, and she definitely respects the Bells, sharing many of their opinions about the world and how to make it better:

Nathan will make a fine publisher one day, maybe not as charismatic as his father, but just as principled. And despite his grouchy disposition, unlike his father, he treads lightly upon the world, as if he knows there is more than one way to make a lasting mark.

The Downstairs Girl gives a unique, rich and varied perspective of historical Atlanta. In an author’s note, Lee shares some of her research process, and it’s not surprising to learn she dives in head-first and dives deep, finding an interesting moment in time to highlight. For example, who knew the late 19th century brought both electricity and segregation to Atlanta’s streetcars? Lee’s novels are a pleasure to read because the historical details she uncovers are delicious, and she employs turns of phrase well-suited to her characters, the period and her themes. For example, Jo says the “tricky thing about giving opinions is that sometimes they cost you more than you wanted to spend.” Later, she says of Mrs. Payne: “... trying to understand [her] is like trying to unfold a wet newspaper, impossible to do without tearing the pages.” A sentence like the following places the reader right in the middle of an ugly reality of 1890s Atlanta: “The stench of sewage and overworked bodies smells extra foul this evening, locked in by a layer of brown clouds that float like the scum off boiled bones.”

Lee also handles Southern dialects with aplomb. Rather than distract with constant irregular spellings, she uses figurative language up-front to evoke an accent:

... she speaks in a drawl pleasing to the ear, dropping r’s and g’s along the way. Those letters don’t have much business here in the South for colored and white alike, as worthless as the pecan shells strewn on the floor.

A little later, Lee uses a fresh image to show a variation in the dialect:

“Still pretty as a June ‘pay-itch,’” she says, drawling the word peach. Like other ladies of her class, she has a habit of leaning into her words as if to squeeze out all their juice.

Lee includes several of Miss Sweetie’s columns, showing that Jo’s wry sense of humor makes her a good match for Nathan, a man whose editorials include titles such as “Combined Sewer System Stinks: Flush at Your Own Risk” and “Fired Shoe Factory Workers Just Didn’t Fit In”:

I get shucks in the foot from time to time and my freind told me to salt a tomato and wrap it around the shuck and after a day the shuck will pop out, and I wunder if it is true.

SHUCK IN THE FOOT

Dear Shuck in the Foot,

That seems like a waste of a good tomato, and not much good for a splinter out of season. The simplest solution is already in your cupboard: vinegar. Soak the foot in a bowl of vinegar, and in about twenty minutes, the splinter should have broken through the skin enough to pull out.

There is a lot going on in The Downstairs Girl; there’s even a big horse race to be run before the story is complete. The intrigue and humor, characters and historical details make the book a fun read, but the novel also inspires discussion of racist beliefs and behavior, institutional racism and what Jo calls “the great contradiction of Southern society”: a reader complains to Miss Sweetie about a new law “requiring my maid to sit in the crowded back rows of the streetcar, even if there is a perfectly empty spot beside me.” Jo, contemplating how to answer, observes:

No one minds putting colored people in the back of the streetcar, so long as it’s not their colored people ... But no wonder lines must be drawn. The farther away you stand from someone, the harder it is to like them.

The converse is implied. Diverse books like The Downstairs Girl are opportunities for people of different backgrounds to come closer together. 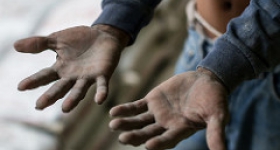 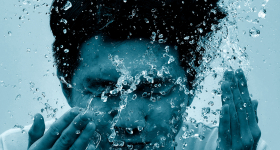