The roots of Indian America's conservative politics — and how other Indian diasporas may point to possible alternatives.
Shivani Parikh
November 26, 2019

Earlier this fall, about 50,000 Indian Americans gathered in Houston, Texas to attend the “Howdy Modi” joint rally hosted by President Donald Trump and Indian Prime Minister Narendra Modi. Indian coverage of the event has lauded the spectacle as a demonstration of the nation’s strong relationship.

In the process, Indian and Indian American media outlets conspicuously ignore the fact that Trump terminated India’s preferential trade status and how a crackdown on H-1B visas has adversely affected recent Indian immigrants and emigrant hopefuls, especially women. What is increasingly evident is that Indian Americans, whose population is largely composed of upper caste individuals with visas for skilled workers, are concerned about their theoretical sense of power and belonging in their motherland. This is in spite of how the Modi administration’s right-wing stances are parallel to the white supremacist rhetoric and populist policies being used by the Trump administration toward them and other minorities.

This raises the question: How will upper caste Hindu Indian Americans balance the duality of being a racialized minority here with their buy-in to Indian jingoism that expressly rejects minority rights there?

Meanwhile, Indian diasporas in other multiracial nations have made concerted efforts to organize against the values that the Trump administration propagates. Though the Indian diaspora in the United States is largely comprised of more privileged emigrants, looking at these other communities may reveal possibilities for building resistance here, especially through the leadership of grassroots organizations that are committed to anti-racist work.

The Indian American diaspora’s broad support for Modi is a reflection of a wide belief that he has brought about a long-awaited change in India’s position on the international stage, both diplomatically and economically.

Modi’s fascist and Hindu-nationalist leadership of the Bharatiya Janata Party (BJP) comes after 49 years of rule by its main opponent, the Indian National Congress (INC). After decades of accusations of scandal, corruption and cronyism, the INC’s Nehru-Gandhi family dynasty was replaced by the BJP in 2014, in the largest voter turnout in the history of Indian general elections. With Modi now in his second term, the BJP’s reign has resulted in a rise in Hindu nationalism, centralizing Brahminical patriarchy, and a firm push downward on the voices of women, religious minorities and low caste citizens in India.

Yet, the attendance of so many Indian Americans at the “Howdy Modi” rally does not necessarily mean that Indians support Trump. Despite their socially conservative leanings, anti-affirmative action tendencies and support for lower taxes because of the group’s high income, polls and surveys have recorded their voting patterns to be largely Democratic for years. The question remains: if Indian Americans have also been recipients of xenophobic attacks and anti-immigrant sentiments, will the display of an apparent alliance between Trump and Modi dissuade them from organizing against politicians and policies that are explicitly in favor of white supremacy? Or does any possibility for resistance still remain?

How will upper caste Hidu Indian Americans balance the duality of being a racialized minority here with their buy-in to Indian Jingoism that expressly rejects minority rights there?

The social conservatism of Indian Americans can largely be explained by the socioeconomic status of the bulk of Indian immigrants and their families. This, in turn, can be explained by the barriers and immigration policies that privileged academics and skilled workers. Many Indians in the 1970s through the 1990s migrated to the United States through F, J and H-1B visa programs, resulting in a diasporic population largely comprised of people who were degree-holding, upper caste and sought opportunities for work in white collar fields. This neatly coincided with the emigration push factor of the 1991 Indian economic crisis and India’s ensuing economic policy of market liberalization. For the most part, this brain drain resulted in only those with above-average financial and social capital getting the chance to move to America, and, as noted by the study “The Other One Percent,” the sociological phenomenon of Indian immigrants’ overall success.

Since the start of Modi’s term, we’ve seen increased American media coverage of the various religious minorities — largely Muslim, Sikh and Dalit families — as well as some political dissidents who are seeking asylum in the United States due to persecution in India. This new wave of migrants seeking to leave — or, to be more accurate, flee — India demonstrates a stark contrast in demographics to the Indian Americans who left between the 1970s-1990s. Arguably, these differences make it difficult for Indian Americans to have a united reaction across racial and ethnic lines in the face of alarming media reports coming out of Immigrations and Customs Enforcement (ICE) detention centers. News of detainees on hunger strike being force-fed and poor conditions in ICE facilities in addition to the recent death of 6-year-old Gurpreet Kaur due to dehydration en route to asylum should have galvanized a reaction from the community. But, outside of limited social media sharing and a public statement from the Sikh American Legal Defense and Education Fund, the overwhelming response has been silence.

Yet reactions to state repression and hate crimes have unified Indian Americans with other South Asians in the past, not just in the United States but across Indian diasporas.

Resistance Across the Diaspora

Indian diasporic communities in the United Kingdom, South Africa and Fiji paint a different picture from the conservatism of Indian America. Their politicization is shaped by the particular racial and economic histories that shaped each community.

In the United Kingdom, groups of radical working class Asians fought against the racism of both the British state and far-right, as well as conservative elements within the South Asian community itself. This movement arose largely in response to “Paki-bashing” after Enoch Powell's inflammatory Rivers of Blood speech in 1968. In South Africa, Indians organized to fight back against Apartheid laws under which they, as non-whites, were subjugated. Major leaders, including Fatima Meer, Mac Maharaj, Yusuf Dadoo, Amina Cachalia and Ahmed Kathrada, were targeted and imprisoned because of the threat they posed to the stability of the South African Apartheid government. In Fiji, Indo-Fijian activists demanded political equality with Europeans from the 1920s onwards. These activists agitated for better wages and living conditions through disruptive strikes and boycotts, which they did not receive until Fiji’s independence until 1966. Leaving India with little privilege, these migrants' experiences with injustice informed their steadfast engagement with the political process in their new homes.

The leftist, anti-imperialist traditions of other Indian diasporas demonstrate how their histories of migration — under coercion, desperation or duress — could inform their class and race politics. These diasporas' organizing efforts, namely those examples of resistance which have sought collective justice and liberation, were done so with the intention to benefit all marginalized people in their societies.

Similarly, Indian Americans have also faced discrimination because of their foreign origin, religion and race. The rise of the DotBusters, the assault of Sureshbhai Patel, and the Oak Creek Massacre are events of recent memory that have affected the Indian diaspora in the United States, in spite of their collective relative privilege. The aforementioned conditions in which Indian asylum seekers are facing at the borders in ICE detention centers are, too, deplorable and well-documented.

In the face of this violence, the business decisions of Niraj Shah at his company, Wayfair, and of Satya Nadella, the CEO of Microsoft, are particularly troubling. These two Indian American CEOS have defended their companies’ decisions to work with ICE, neglecting a response to the horizontal violence that their companies’ products facilitate. When capitalist gain outweighs human rights, a paradox is brought to the forefront in which folks ostensibly of the same community neglect to address their complicity in harming their brethren. The parallel historical examples of how Indian Americans could use their positions to support one another have been forsaken for capitalist gain, and it remains to be seen if these leaders in tech will choose compassion over profit.

It may be that we are only now arriving at a place where Indian American youth can begin to address the struggles that their parents’ generation did not.

As the 2020 election continues to heat up, progressive Indian Americans may take inspiration from the examples set by these and other nonprofits. Polling data continues to show support for Democratic candidates, with Kamala Harris leading Indians’ preference (perhaps in part due to her mother’s Indian background). And recent polls from California show that 60% of Indian Americans polled still do not approve of Trump, though it’s still unclear what effect the Howdy Modi event may have on those numbers.

Lastly, it may be important to remember that South Asian migrants only began to develop a sizable population in the United Kingdom in the 1930s, and it was not until the 1970s that their youth movements began. Therefore, with the bulk of Indian immigration to the United States taking place in the 1980s and 1990s, it may be that we are only now arriving at a place where Indian American youth can begin to address the struggles that their parents’ generation did not.

If so, we may very well be about to witness a sea change in the conservatism that has defined the Indian diaspora in America for so many years.

Shivani Parikh is a News Editor at Hyphen. She is a Cornell alumna and budding South Asian American racial and immigrant rights advocate. She is a member of the New York City Chapter of National Asian Pacific American Women's Forum and serves on the executive committee of MannMukti, a South Asian mental health nonprofit, as the Vice President of University Chapters. She lives in New York. 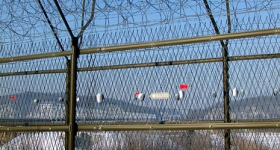 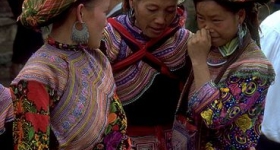