“all parts of nature are composed in one body … therefore … there is no body without colour, nor no colour without body” —Margaret Cavendish, The Blazing World

The 17th century utopian fiction, The Blazing World by Margaret Cavendish, chronicles an encounter with another world filled with various species of talking animals over which she becomes the Empress. In what Cavendish referred to as a “hermaphroditic text,” she incorporates and blends a wide variety of genres in an effort to achieve a reversal of male-female roles and detail a kind of academic and intellectual subjectivity that had never before been associated with a woman. She invents, in other words, a new kind of female agency born out of interrogations about the very capacity of female subjectivity to perform acts of agency in a world populated by human, nonhuman and arguably transhuman beings whose varieties of existence highlight the strange alienations of female subjectivity living under a heteropatriarchal rule. Roughly 150 years later, Mary Shelley publishes Frankenstein, a novel born out of a ghost-story contest between herself, Percy Shelley and Lord Byron. Shelley’s novel, concerned with acts of monstrous creation, is as much a meditation on 19th century racial politics and the newly evolving discourse of biological science as it is a meditation on corrupted and monstrous forms of creation and motherhood. It is a novel that is, at least in part, concerned with a vision of female subjectivity and the female body that is alienated and estranged from itself. In both texts, non-normative agency, a queer agency if you will, is something otherworldly — from outside the normative universe of their contemporary moment — and both texts perform their own timely interventions as they posit a queer, posthuman subjectivity.

Franny Choi’s luminous new collection of poems, Soft Science, is embedded in this genealogy of texts that stretches from Cavendish to Shelley to Donna Harraway’s musings on the cyborg and feminism to Larissa Lai’s Automaton  Biographies. While these earlier texts provide provocative commentary on their own historical moments, Choi’s voice is immediately urgent and much more personal, and yet also emblematic of a profound alienation from a white, mainstream, heteropatriarchal, cisgendered world rooted in the disenfranchising logics of runaway techno-capitalism. Choi’s invocation of a posthuman persona is straight up fearless and fierce, a visionary in a blind world who displays all the hallmarks of someone recovering from any variety of traumas but refusing to be diminished in any way.  She provides witness in a world unwilling or unable to perceive individual traumas: “i rage & all you see / is broken glass / a chair sliding toward the window.” In “Touring Test _Boundaries,” responding to the request to state her name, she offers an Adamic assertion of fierce subjectivity: “[I am] bone-wife / spit dribbler / understudy for the underdog / uphill rumor / fine-toothed cunt / sorry / my mouth’s not pottytrained / surly spice / self-sabotage spice…/ harbinger of the singularity / alien invasion / alien turned 104 wpm / alien turned bricolage beast.” In the last three acts of self-naming, Choi invokes the old stereotype of the Asian Invasion (sometimes conjured in popular culture as a “yellow invasion,” and yet she turns the figure of the alien into a poetic creator (“turned 104 wpm”) as well as a postmodern Frankenstein (“a bricolage beast”) who draws upon their artistic power to unseat and subvert the old order. As Cavendish’s 17th century narrator journeys to and through the North Pole to discover a new utopian world, Franny Choi has journeyed into the future of human subjectivity, found it to be queer, resilient and unbowed by the vicissitudes, travails and traumas of our contemporary historical moment. She has returned to the present to bring us happy news of her survival along with a blueprint for enduring situations that we doubted we could have.

Each section of Soft Science opens with a “Turing Test” poem named after the artificial intelligence tests devised by Alan Turing in the 1950s. Turing devised these tests in consideration of his famous question, “Can machines think?” — a proposition that stretches back to Descartes and Diderot. These tests were rubrics that proposed to define the parameters of nonhuman machine intelligence. Where Turing’s “test” seems to have been rooted in a fairly reductive and singular conception of what and who might be considered human, Choi’s versions of these “tests” emerge from hallucinatory ontological reflections about the very nature of the human in a world constructed by alienating ideologies. In using these “Turing Test” poems as an organizing principle for the collection, Choi sets her speakers up as a Greek chorus refuting and responding to the singular logic of the Turing test — that there is a singular definition of the human available, that there is a codifiable and knowable vision of the human that can be transcribed, prescribed and defined. The first of these poems, simply titled, “Turing Test,” asks, “//where did you come from.” To which Choi’s cyborg speaker replies, “in order to contemplate lineage / you start with what you know / hands, hair, bones, sweat.” She begins her response to the unidentified interrogator with a reframing of the question itself — where the original question presumes a singular ontological possibility as a response, Choi opens with the primacy of the physical and tangible, but swiftly pivots to more abstracted forms of identification: “you know / you are not / animal, monster, alien, bitch.” She concludes her answer to this particular question with an assertion of an alienated identity rooted in myth-time: “some of us / are born / in orbit / so learn / to commune with miles of darkness / patterns of dead gods / & quiet.” Where the original question presumes a singular locative possibility in asking, “where did you come from,” Choi refuses to be grounded in a single location and positions herself and her identities in constant motion, “in orbit.”

Near the end of this first “Turing Test” poem, Choi’s speaker is asked, “//why do you insist on lying?” And where the question itself presumes a singular and available truth, Choi again, trickster-like, refuses the terms of engagement and instead asserts a version of reality that’s entrenched in alterity and multiplicity: “this is how it happened / i was born in a basement / i was born miles beneath the ocean / i am part machine / part starfish /part citrus / part girl / part poltergeist.”

Throughout the collection, Choi employs a variety of allusive, typographical and linguistic strategies to blur the boundaries between normative literary language and everything from pop culture to computer programming languages. Even as she asserts the multiplicity and hybridity of human identity and subjectivity, she also suggests that the forms of human expression are themselves emblematic of particularly observable alterities. In poems such as “In the Morning I Scroll Back to America,” Choi  considers the difficult labor involved in maintaining a necessary humanity while embedded in this immediate historical moment. She writes, “As if softness were proof of anything but a promise to rot,  / I walked into another day dressed in my finest tongues….Outside, I watched the sharpness / come down in sheets, studied those eyeless trumpets…/ If tenderness is any sort of currency / maybe I don’t want what it can buy. / Maybe I’d rather not stretch my hide until it dries into someone else’s coat. That’d be the smart way to walk / around the world.” And even as she confronts the coarseness and violence of our contemporary history in poems such as “On the Night of the Election,” she reaffirms her own individual resistance to the dehumanizing and delegitimizing narratives that populate our culture and politics: “Maybe my body was all three, / there in the hotel room, / liquor-shot and reaching / in every direction for an answer…or / if nothing else, an exit, / a view, at least, of what / waits on the other side of despair.” She also simultaneously interrogates our inevitable complicity in the production of these narratives, asking, “is there anything that works / that isn’t a machine for killing , / or doomed to collapse, or stolen / from the sweat of the hungry?” Despite this, Choi affirms, again and again, a participatory resilience driven by a necessary emotional openness. In the poem, “In the Morning I Scroll Back to America,” she writes, “I’ve learned what sad armor smartness makes, / I showed up to the square early and naked again. I watched the blue stone / as it condensed from the sky and hurtled toward the earth. / I watched the news come. And opened my mouth.”

In the collection’s final section, Choi includes a poem entitled, “Introduction to Quantum Theory,” in which she parses the moral logic and the potential implications of the desire to live in another universe, a desire born out of the need to escape the violence and horror of our own world. She allows that there are universes where the living might have avoided some of the trauma and violence of our own global history: “There is a universe in which no one is lying / emptied in the street as the gas station burns, / a universe in which our mothers never learned to wrap / their bones in each small grief they found.” She declares that “I could tell you / about the many universes in which bad things / happen to people other than the people / you love.” But such things have their own cost, Choi cautions. “But know: / by signing, you agree also to be responsible for the universe / where the oceans glow red…the other in which / human exist, but only in the nightmares / of small children. Will you hold that one too?” 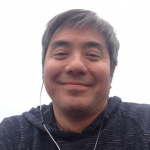