A Review of Saucy by Cynthia Kadohata and illustrated by Marianna Raskin
Mary Malhotra
November 30, 2020

National Book Award and Newbery Medal winner Cynthia Kadohata’s middle grade novel Saucy (Atheneum/Caitlyn Dlouhy Books, September 2020), follows the adventures of Becca, a girl who finds and fosters a sick pig. Digitally rendered in grayscale, Marianna Raskin’s warm illustrations depict tender moments, such as the main character crying herself to sleep and funny moments, like the eponymous pig standing proudly in a kitchen she has just torn apart. While wholly of this time, the art is also reminiscent Garth Williams’ illustrations in that other book about a pig, E.B. White’s Charlotte’s Web.

Saucy recalled to me two of my daughter’s experiences in grade school: reading Charlotte’s Web with her third grade class, yes; but also, a few years later, upon a horrified classmate’s recommendation, watching YouTube videos about factory farming. While a fantastic spider in White’s classic weaves superlatives into her web to save a pig from slaughter, the girl who loves the pig has no real power to save him from misery and death. Saucy, on the other hand, is a realistic contemporary novel that explores what power 11-year-old Becca really has and how she feels when she fails or chooses to use it.

Becca, one of a set of quadruplets, lives with her three brothers, her parents and her grandmother. The family takes a walk together every evening, and one evening Becca sees something in the bushes at the side of the road. It turns out to be a piglet deathly ill with sarcoptic mange. Becca convinces her family to rescue the pig, whom she names Saucy after a quick assessment of the wee pig’s impertinent attitude.

Before finding Saucy, Becca judges herself lacking compared to her brothers. Bailey composes music. Jammer is a hockey standout. K.C. is a physics whiz who explores the very basis of human existence. Becca, on the other hand, is ordinary and lacking in purpose:

Like why were her brothers all so focused? They were nice enough people, but they were like sharks for what they liked. She was more like a jellyfish. Just floating around here and there.

Even worse, Becca believes she is a bad person. Months ago, Becca turned her back on her best friend, MacKenzie, after MacKenzie’s mother was arrested and went to jail.

Becca holds her cowardice and betrayal as a dark secret. When Becca and her dad take Saucy to the veterinary hospital after her rescue, the receptionist appreciates Becca’s earnestness. Becca, though, feels unworthy: “... her eyes were getting teary ... because the receptionist had said, ‘Just keep being you!’ She didn’t know that Becca had bad parts inside of her.”

Becca’s brothers are expensive in terms of time and money. Bailey, who has cerebral palsy, has frequent physical therapy appointments. Jammer has multiple hockey practices and games each week and physical therapy, too. Kadohata thoroughly inhabits Becca’s point of view, painting the family budget in terms kids understand. For example, regarding Bailey’s new motorized wheelchair,

Becca had heard her parents discussing how the “insurance” would pay for most of it — it cost $15,000! — or was thinking about paying for it, or something. She didn’t know who or what exactly the “insurance” was, but it was nice of them to pay for part of it. If they had.

A little later, Becca talks about how her parents have to wait to buy Jammer new hockey skates:  “Then her parents got their ‘tax refund’ in May, and they could afford the new skates. A ‘tax refund’ was where you got a check in the mail, for some reason.” Becca’s limited definitions lets younger readers decide for themselves whether or not to follow up if any terms are over their heads.

Becca, meanwhile, “never asked for anything that cost a lot of money, because she was saving up imaginary credit for someday when she really wanted something. Also because she was just Becca.” Saucy changes everything. She is expensive, what with the vet bill, extra groceries and the curtains she pulls down in the living room. Mostly, though, she demands lots of time and attention, and Becca takes full responsibility. Saucy is the focus for which Becca has searched. Saucy needs special baths until she fully recovers. She needs companionship when sleeping on the kitchen floor at night.  She needs to be fed, frequently and often and a lot. Looking for something to eat, she barrels her way through kitchen cupboards, the front-door screen and Becca’s mother’s vegetable garden. Becca worries, keeping a running list of all the things Saucy breaks or ruins or ingests, but

... cleaning up ended up being fun, with Saucy following her around from here to there, and from there to here, back and forth across the kitchen. Becca liked having a pig follow her every step. She liked it a lot.

The whole family is on Team Saucy in no time. As Bailey explains, “She’s not a bad pig ... she’s a crazy pig. There’s a big difference.”

Almost from the beginning, Becca knows Saucy will grow too big to be kept at home. Her parents have identified a pig sanctuary where Saucy can live out her natural life in safety, but Becca still has a fear:

She thought about how just a couple of months ago, she was an ordinary, normal girl without a pig. Now she was special. She wondered if she would go back to being ordinary after Saucy was gone. That is, if you’d been special for a while, did it “stick”?

Becca discovers she does have the power to help a sick pig. Unlike the girl in Charlotte’s Web, she doesn’t depend on a spider who can spell. With her own hard work and the help of her family, she nurtures Saucy to robust health and finally delivers her to the safety of the pig sanctuary. This is where those YouTube videos my daughter watched come into the story. Lying awake and missing Saucy, Becca remembers one evening when the family was taking their evening walk and Saucy had plowed through the same bushes where Becca had first found her, revealing a large field with several foreboding buildings in the distance. Becca gets her brothers up and the four investigate, discovering the horrible truth of where Saucy came from: a factory farm crowded with miserable sows and their piglets in filthy, cramped pens. There are so many; Becca can’t save them all. Or can she? What she does next, and who she gets to help her, will determine whether or not she’s doomed to return to being an ordinary kid — or worse, a coward with bad parts inside of her.

My daughter read Charlotte's Web in third grade, while my granddaughter’s first grade class is reading it now. However, more than the average reading age has changed since Wilbur came on the scene almost 70 years ago. Back then, children were supposed to be seen and not heard. They might save a runt from immediate doom, but absent a magical spider, that runt would still grow up to be bacon. (It is worth noting, by the way, that while Becca and her brothers are sickened to see the factory farm Saucy came from, Kadohata does not hammer at its connection to the meat we eat. Just like the definitions of terms like “tax refund,” she lets readers self-determine if they want to follow up on that connection.)

Saucy leads Charlotte’s Web into the present. It’s not just about technology, like the cell phones the quadruplets use all the time for taking selfies and texting. It’s also about kid empowerment. Becca gains confidence from caring for Saucy, and she gains empathy from working to understand the inner lives of her brothers, her parents and her friend MacKenzie. As she grows, Becca discovers that she can take meaningful action in response to painful realities. I was concerned back when my daughter watched those factory farming videos. Wasn’t she too young to worry about things she couldn’t change? But with its empowering, hopeful takeaway, I can recommend Saucy for the middle grade audience, third to seventh graders, or in some cases even younger. The wide world of information is already constantly at their fingertips, and in Saucy, Kadohata gives kids tools to deal with it. 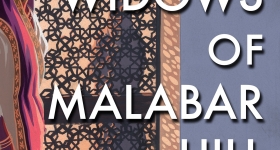 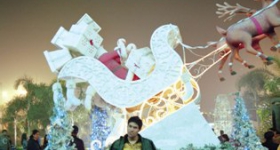