A Review of the Legend of Auntie Po
Arvin Temkar
December 1, 2021

Shing Yin Khor’s charming graphic novel The Legend of Auntie Po bills itself as “a new American myth,” a testament to the way stories and culture are ever-evolving. This new myth is conjured by 13-year-old Mei, who lives in a Sierra Nevada logging camp with her father in 1885 and spins tall tales of “mother of all loggers” Auntie Po and her giant blue water buffalo — a counterpart to legendary lumberjack Paul Bunyan and his ox.

Mei helps her immigrant Chinese father in the kitchen and is renowned in the camp for her mouthwatering pies. After work, she entertains children with stories of Auntie Po, a colossal god in a pink Chinese tang suit and blue jeans. Auntie Po may not know Paul Bunyan, but Bunyan “sure knows about” her, Mei says. Auntie Po is also a protector, a kind spirit who can be called upon when the work of chopping and delivering towering trees becomes life-threatening. But the god is no match for roiling anti-Chinese sentiment that ends up forcing the white supervisor of the lumber camp to send Mei’s father and other Chinese workers away. Mei stays behind, struggling to confront her rage as well as her unrequited love for her best friend, the camp boss’ daughter.

The book, suited for middle grade children, addresses racism and sexism while acknowledging nuance: the white camp boss works to build a friendship with Mei’s father; Mei is presented with an opportunity other young women may not be afforded. Mei’s romantic feelings for her friend Bee remain muted though, perhaps a sign that some barriers are harder to overcome.

Throughout, Khor brings the characters and landscape to life with beautiful watercolor illustrations that also serve to educate the reader about 19th century logging. There are labeled illustrations of camp items, such as a butter churn, wood stove and various saw tools. A reference to a Wild West burial tactic adds a sense of researched authenticity to the graphic novel. In an afterward, Khor lists her source materials while noting that “researching working-class Chinese in lumber camps is not easy.” She says that any liberties she took with history were due to the fact that “our histories have been repressed and our people were not deemed worthy enough to document.”

The character of Auntie Po is a welcome and novel addition to a lore landscape bereft of Asian influence: think Johnny Appleseed, Rip Van Winkle, Huck Finn, John Henry. But some stories, sadly, remain the same. The book is set during the Chinese Exclusion Act, which banned Chinese immigrants from entering the country for 10 years. The racism often resulted in violence; in 1885, white miners in Wyoming killed 28 Chinese miners in an act known as the Rock Springs Massacre. The book was published in June 2021 — three months after the Atlanta-area murders of eight people, six of Asian descent, following a year of rising hate crimes against Asian Americans.

Perhaps then it is fitting that the book offers hope in the face of hostility and champions storytelling as an antidote to adversity. By creating a new myth, Khor welcomes Asian Americans to the fold, frames them as essential where they’ve long been ignored or worse, mistreated. Khor’s book offers both rebuke and rebuttal, an insertion of Asian American narrative and dignity into past and present. It’s particularly effective as a channel of representation for children who may not see themselves in traditional history books. The Legend of Auntie Po says loud and clear: Our stories will be told. We will not be excluded. 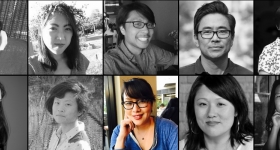 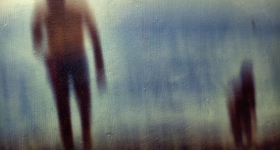