The Books section is debuting a new series, “Take 5,” that features five questions with Asian American authors whose books will be published in 2022. If you have a book that you would like to be considered for the series, you can submit it here.

Where or how did your most recent book begin?

I started writing Constellations of Eve in 2017 while living on the Upper West Side in New York. At that time, my relationship with my husband was at a crossroads — it was a major test in our then five years together. In writing the book, I was able to channel some of the difficulties I was experiencing into fiction, to metamorphose pain into something I can hold, perhaps even something beautiful. The story reincarnates three times — in the end — I think my view of love is hopeful.

If you could create a soundtrack for your book, what artists and/or songs would you include?

I love this question! I listen to music while I write, and it was no different for Constellations of Eve. I played Yumeji's Theme Songs, particularly "In the Mood for Love," on repeat.

In your opinion, what elements make a good story?

It takes generosity and courage to be a good writer, I think, because good writers reveal quite a lot. Emotional vulnerability, fearlessness, some indication that the writer has gotten to that place by writing and not by some preconceived notions, surprise, a willingness to ascend to the tallest peak as well as to descend to the depth of nightmare. But of course, good writing is quite mysterious, too, even to the writer.

Who or what in your real life inspires your writing the most?

I'm not sure if "inspires" is the right word in my case, but my mother, complicated as she is, remains one of the biggest driving forces behind all that I write. My works have been described as "difficult" perhaps due to the characters, which may not be conventionally likeable, if not outright hateful for some readers. But I only write from a place of love and a curiosity to understand the people I love. It takes a long time to write a novel — I would never devote that much time thinking about people I don't care for.

What is a question that no one has asked you about your work, and how would you answer it?

Do you write slowly, deliberately, or do you quickly get through a draft and then revise? I write each sentence slowly and carefully. My overall speed, though, as far as I can see from my average, is about two years for every book. The tinkering, submission process, politics of publishing, can of course take an indefinite amount of time. You have to be patient to be a writer. 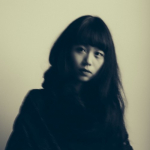 Abbigail Nguyen Rosewood is a Vietnamese and American author. Her debut novel, If I Had Two Lives, is out now from Europa Editions. Her second novel, Constellations of Eve, is forthcoming from DVAN/TTUP, a publishing partnership founded by Isabelle Thuy Pelaud and Pulitzer-winning author Viet Thanh Nguyen to promote Vietnamese American literature. Her works can be found at Salon, Cosmopolitan, Lit Hub, Electric Lit, and Catapult, among others. She is the founder of Neon Door, an immersive literary exhibit. 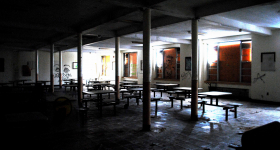 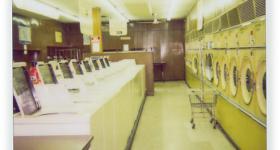