The Things We Learn about Life
Susan Choi's My Education is about relationships. But it is far from being just another tale of a young twentysomething who endures a slew of sexual awakenings. This novel transcends those tired storylines and, instead, achieves an unusual level of emotional complexity.
The protagonist, Regina Gottlieb, is entering her first year as a graduate student in literature. The object of her affections is Professor Nicholas Brodeur, a man of many dualities: brilliant yet offbeat, sexy, desired, attractive, and the subject of a sexual harassment rumor mill. Regina, and many of her peers, are quickly drawn to his looks and his aura. She changes outfits for an appointment she has with Nicholas and falls victim to his intelligence by telling him she's not suited to be his teaching assistant. In this early part of the novel, Regina has little confidence in herself as a student--or as a person.
It seems inevitable that Regina is preparing herself for an affair with Nicholas. In the meantime, she has several sexual encounters with her roommate, Dutra, who fulfills the many roles of friend-with-benefits, ally in troubled times, and the kick-in-the-butt when Regina needs it. Dutra is an intellectual too intelligent for his own good. Generally, the men we meet in Regina's life are quite compelling, but often adhere to the archetype of the quirky, cerebral academic. And then we meet Martha, Nicholas' wife.
Regina first notices Martha from a distance. Regina is immediately curious, primarily because Martha adds to the mystery and enticement of Nicholas and his private life. The first real conversation between Regina and Martha is a bit awkward. Martha is under the assumption that Regina is another TA that must be sleeping with Nicholas. Regina is awestruck and fumbles her chat with Martha. Their first conversation involves Martha’s speculations about the racial and ethnic backgrounds of Regina’s parents:
“I'll guess [your father was the] shy, quiet type. Germanic, obviously. Military? He must be, but I can't guess which branch. He meets Miss X while he's posted in Fill-in-the-Blank. For the hell of it I'll say Jakarta. Miss X is vivacious – she's going to spend her later years running around Palestine – and of course she must be beautiful. I'll guess Mr. Gottlieb is adequately handsome – perhaps he's not a heartthrob, but he has the kind of face that people like. An odd couple, they wed, and find enviable happiness, if it doesn't last quite long enough. Their – two? – children are very fond of them. So how did I do?”
Martha’s quick reaction and assumptions regarding the mixed race experience is a major turnoff (this exchange is notably, one of the only passages in the novel about race). However, Regina confirms that Martha, in fact, got it right. Regina swaps Jakarta for Manila and is impressed with Martha's read of her. The scene sets the dynamic for the rest of their relationship. Regina's character is unable to break loose from Martha’s control and willingly–perhaps uncontrollably–surrenders herself to the physical and emotional need of Martha, the source of her education and painful longing. Thus begins an incredibly tempestuous, steamy, and confusing affair.
Regina falls hard for Martha and their relationship is the heart of this novel. Regina is very young when her affair with Martha begins, only in her early twenties, and Martha is fourteen years older. Regina expresses her love for Martha physically and in often very needy gestures. Martha reciprocates, but continually reminds Regina that she knows nothing about love: “You 'love' me, you want to come set up house? You 'love' me…You want to pay half my mortgage? You want to bake little pies every day? What is this bullshit? What more do you want? You have me. Quit the 'gimme’.” For Regina, love should be straightforward, exclusive, and fully consuming--Martha can accommodate some of that, but not all of the time. Despite all of the friction, you still want to root for them even though there is a sense that the relationship was doomed from the start.
While reading My Education, I felt anxiety, self-loathing, nauseated (more like indirectly hungover, a lot of alcohol is consumed by the characters), inspired, infuriated, hopeful, and exhausted. Susan Choi’s style projects emotion and embattled inner dialogue that helps the reader connect with Regina in an in-depth and complicated way. The strong emotional reactions can be much attributed to Choi's fearless voice as a writer. In one scene, Choi’s voice is especially potent. Regina is trying to navigate her day normally, but her mind races with a sense that Martha is omnipresent, watching her: “[Martha] saw me at home, grimly watching my printer saw out the accordion pages of three end-of-term papers that were each, in distinctive ways, brilliant and overly long and excessively weighted with footnotes and for good measure handed in early, and destined to be skimmed and rewarded the cursory A.” Throughout the story there are long sentences such as this one, all which potently drive home Regina's anxiety, trepidation, and, most acutely, a wisdom that comes from such heightened self-awareness.
It’s certainly not news that relationships are complicated. Choi’s My Education asks: When relationships end, what can be learned from them? Do the lessons make us better people, or worse? Choi reminds us of what it means to be young, inexperienced and uneducated. What she teaches us is the importance of a kind of self-awareness, an honesty that does not evade uncomfortable truths.
Andrea Kim Taylor lives in Seattle and works in the city's Chinatown-International District.

Susan Choi's My Education is far from being just another tale of a young twentysomething who endures a slew of sexual awakenings. 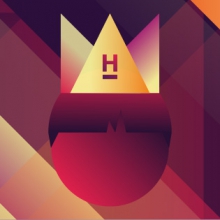 Thank you to all those who submitted applications to Mr. Hyphen 2014! After careful review of the record number of applications we received, we're so excited to announce our 12 semi-finalists! 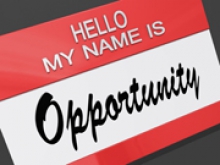 What might be gained -- and lost -- in taking a Western name?

Defining Myself For Myself: Helping Our Children Not Get Eaten Alive 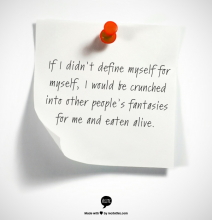 How do we give our children the tools to define themselves before the rest of the world does it for them?

To witness Ben Ahn performing live is like sitting on the porch in the afternoon sun with your childhood best friend -- eating a cone topped with an oversized scoop of your favorite ice cream. That is to say: pure joy. 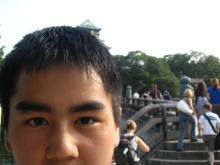 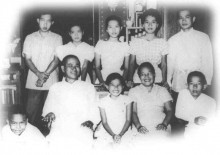 If language has cultural significance, it's significant what our culture says about language.

For the last seven years since its inception in 2006, Mr. Hyphen has been the signature event for Hyphen magazine. This year, we are re-evaluating the original purpose and goals of of Mr. Hyphen to be more intentionally inclusive.