Defining Myself For Myself: Helping Our Children Not Get Eaten Alive

Yesterday, on Audre Lorde's birthday, I was reminded of one of my favorite quotes of hers:

If I didn't define myself for myself, I would be crunched into other people's fantasies for me and eaten alive.

Last night, my six-year-old asked me, "Mommy, am I Chinese?"

We recently visited family in our home state of Connecticut, over a year since the last time we had been back. It was a great trip, probably the best visit we'd had since moving back to Los Angeles (where my husband and I spent much of our young adulthoods) in 2010.

We'd had enough time and distance to really miss our family and friends and enjoy the short amount of time we could spend with them, but enough had happened in the time between to make us appreciate being on our own for the past three and a half years. Couples had gotten divorced, friends had picked up different interests, social circles had broken apart and reunited, and gossip abounded. People had more or less gotten stuck in the baggage that comes with staying in one place for most of their lives -- they had lived in definitions of themselves that had existed since childhood, invented by people outside of themselves -- and were struggling to redefine themselves in the context of their own history.

While moving away in my young adulthood was, to me, a step in learning how to define myself, I'd long had the sense that it was seen as an act of defiance by my extended family. In my limited and selfish perspective, I was just trying to chart my own path and "find myself" -- an act that was a staple to American childhood. And my family might never admit this, but I know it was a disappointment, even a sign of disrespect for the path my parents and my aunts and uncles had planned and laid out for me.

My kids spent our entire week in Connecticut playing with my family. My husband and I barely saw them while we were there, and they hardly missed us. It broke our older daughter's heart to leave, and she has been bothering us about moving back to be with her cousins ever since. But moving away from my family was as much an act of defining myself and figuring out who I was in (and out of) the context of my childhood as it was an opportunity to empower my daughter to define herself out of the context of her extended family.

When my daughter asked me if she was Chinese, I'd already had some idea of where it was coming from. Yes, technically she is Chinese, as I myself am part Chinese, but this came from my dad's side and the cultural divide he experienced growing up (as the illegitimate child of a Tsinoy businessman and his side piece) was largely painful and nothing I was allowed to talk or ask about. Culturally, I was raised Filipino and know nothing about what it means to be Chinese except that it put me on the outside of my own family. My cousins and I were otherized in our suburb for being non-white, and my being Chinese gave them an opportunity to otherize me.

I knew, even before asking her, that this was something my daughter had picked up from my family in Connecticut because she asked the question with a hint of shame and a roll of the eyes that was never there when she had asked me before if she was Filipino or Korean or a Jones. It was actually the first time she had ever asked me a question already with the sense that she did not belong. It was something I knew I'd have to address at some point, and I'd fully intended to spin this positively before my family (and the baggage I have with them) beat me to the punch, but it's easy to forget to address race and culture amidst the hustle and bustle of daily life. And that realization of being an Other was inevitable -- she was going to be excluded from an important group at some point in her life, I was just hoping I wouldn't have to deal with it so soon.

But what is there to spin positively when there's nothing to spin at all? I've had limited interaction with my dad's side of the family, and they would probably identify culturally as Filipino anyhow. I never really identified as mixed ethnicity growing up, never participated in anything traditionally Chinese, and never even really bothered to learn much about Chinese Filipino history. And anyway, my daughter has never met my dad and she might not ever get to. Do I go the way of some adoptive moms, learn to bake mooncakes, and attempt to claim Chinese culture as my own, even though I'd never eaten a single mooncake in my own childhood? I wonder if it even matters, but I know from personal experience that if I make zero attempts to give them a sense of history and to frame their culture in -- at the very least -- a neutral way, it can become a source of shame that haunts them for the rest of their lives.

This latest trip to Connecticut was our best precisely because I felt such a deep appreciation of where I came from without all the guilt of who I'd become. It made me realize that being away gave me new terms with which to define myself that I may not have gotten had I just accepted everyone else's definitions of who I supposedly was. I know that my daughters will need to chart their own courses in life and come to their own definitions of themselves, but it's my hope to minimize the confusion and conflict on the way to getting there. 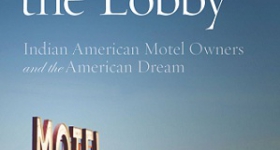 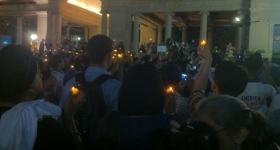