For May, we bring you two poems by Sally Wen Mao. These two poems are part of a series of poems Mao has written, imagining Anna May Wong flying through history in a time machine, revisiting various points in history and meditating on how her life and career might have turned out differently. The poems are imaginative and heartbreaking, commenting on race and gender and conveying the longing and anger of a woman who yearned to transcend the boundaries of her time while highlighting to us the ways in which, perhaps, the world has really not changed all that much.

Anna May Wong on silent films

so I could cast one glance westward
and you’d know what I was
going to kill. Murder in my gaze,

treachery in my movements:
if I bared the grooves
in my spine, made my lust known,

the reel would remind me
that someone with my face
could never be loved.

How did you expect my characters
to react? In so many shoots,
I was brandishing a dagger.

The narrative was enchanting
enough to make me believe
I, too, could live in a white

palace, smell the odorless gardens,
relieve myself on their white
petals. To be a star in Sun City—

to be first lady on the celluloid
screen—I had to marry
my own cinematic death.

I never wept audibly—I saw my
sisters in the sawmills,
reminded myself of my good luck.

Even the muzzle over my mouth
could not kill me, though I
never slept soundly through the silence.

Anna May Wong has breakfast at Tiffany’s

In Santa Monica, the sunrise has this way of emptying
everything inside you. I visit my future deathbed.
It’s February 1961, and I watch myself sleep.

Dawn: outside my window, date palms sway and lovers
in blue Corvettes make their morning getaways.

There will never be another breakfast. I die of a heart
attack. Perhaps the night never pauses its seesaws.

Perhaps I resign myself to this fate: a siren is a temptress
who doesn’t deserve human love. Because beauty

is my emergency. Sincerity too. Because being seen
has a different meaning to someone with my face.

There will never be another breakfast. The French
toast sits untouched with the blackberries. So I speed up
time, reckless, toward a world where I don’t exist.

Eight months later, Audrey Hepburn walks down
Broadway in a black Givenchy. This is the role
I’d have died for. This is love that’s reciprocated.

Beside her, Mickey Rooney plays Mr. Yunioshi,
another tapeworm-eyed uncle with a limp. And I yawn
at another generation of white men in yellowface.

Before him: Roland Winters, Sydney Toler, Warner Oland.
There is applause for them. The laughter is constant.
I have played their daughters—their pretty but untrustworthy

incarnates. There is no second generation for actors like me
but I’ve often pined for them. My progeny. Girls with tar-black
widow’s peaks, who stumble across spotlights in purple tights,

taught to be meek. Girls who inherit my warnings, victories,
and failures, too. But for these girls, there will never be
breakfast. I will travel through all time searching for them.

Minh Nguyen is an illustrator based in Seattle. She works at the Wing Luke Museum as an exhibit developer and manager of the teen arts program. See more of her work at root-loop.tumblr.com.

Sally Wen Mao is the author of two poetry collections, OCULUS (Graywolf Press, forthcoming 2019) and Mad Honey Symposium (Alice James Books, 2014). She is the recipient of a Pushcart Prize and fellowships from Kundiman and the New York Public Library Cullman Center for Writers and Scholars. Her work has been published in A Public Space, The Best American Poetry 2013, Poetry, Tin House and others. Her flash fiction has appeared in Guernica. She is the 2017-2018 Jenny McKean Moore Writer in Washington at George Washington University. 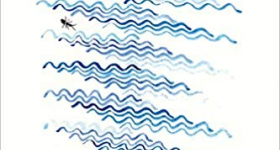 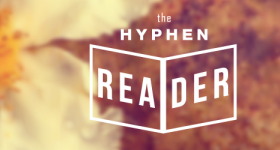