We put Jon Moritsugu, Justin Lin and a tape recorder in the same room.

Ten years before Better Luck Tomorrow, San Francisco underground filmmaker Jon Moritsugu had already made a stereotype-smashing feature film about delinquent Asian American teens: Terminal USA, a wild punk-rock masterpiece that pissed off a lot of Asian Americans who felt they were being portrayed too negatively. So a week after Better Luck Tomorrow made its smash debut in theaters, Hyphen brought director Justin Lin back to the source, catching a few of his spare moments for a chat with Moritsugu. The two had barely met before — except for a 20-second chat at one of Moritsugu’s screenings in 1995 — and this time around, they had plenty to talk about: inspiration, poverty, selling out, and the struggle for distribution.

JM: So you’ve been in a whole bunch of cities [lately], huh?

JL: Yeah, it’s been crazy. I’ve only been in L.A. for three days in the last five weeks. Hotels and all that kind of thing. Next I have to go up to L.A. for some press. Then I have to go to Austin, and then I think I have to head up to the Midwest. Every day I’m like a baby; I have no idea what my day’s going to be like. They fax me my itinerary, and...

JM: And you have interviews lined up...

JL: I just show up and they just take me.

JM: But it must be exciting. Because this is your energy, and it’s your tour, with something that’s so meaningful to you. Not like, ‘Well, I’m this businessman with this stupid job’ — it’s really meaningful.

JL: I can never complain. And also the fact that anyone wants to talk to us at all, is like...

JM: You’re so into it! That’s cool because you’re not all jaded.

JL: I made this no-no-budget film with Quentin [Lee] in ‘97, and I remember when Quentin and I were trying to get Shopping for Fangs out, it was a struggle just trying to get anybody to talk to you. It was a great experience. But it was just so brutal, that all this — I’m just cherishing every little bit.

JM: Have you found you’re getting different responses in different cities? You know, cities have a certain vibe, maybe?

JL: In New York, they just seem to be a lot more in tune with independent cinema. But when we played in Toronto, at the film festival, the audience — there are certain superficial issues people get caught up in, and they already kind of went past it. It did feel like the East Coast, as much as I’m a West Coast [guy], the dialogue was more interesting because it really dug down below.

JM: Below the superficial, like, ‘Oh man, you have a bunch of Asians doing fucked-up shit...’

JM: That’s one thing that sort of struck me, I’ve read a lot of the criticism of your movie, and I understand you’re Asian, I understand the Asian American thing, obviously, but I could definitely just look at the movie as a movie about kids and growing up, and how this fine line between good and bad is just so thin. I could definitely see the movie in just universal terms. And it freaks me out that so many people are just cluing into the Asian thing and that’s really superficial.

JL: I think that it shows you where we are as a society. I can’t say Better Luck Tomorrow even represents Asian American teens; it only represents six very specific perspectives. I think it’s easy for people to just label everything. That’s what we tend to do as a society, so even when you try to break away from the labels, you get shit! [laughs]

I was in New York, and this older gentleman came out [of a screening], and he was pissed. He was like, ‘You should be ashamed. Kids don’t do this!’ And I was like, ‘Oh, you don’t think kids do this?’ And he was like, ‘No, absolutely not! And my son, my son is in high school, and he told me to come see this!’

At first I was so freaked out, because I was thinking, the son’s going to get it. He was waiting for [his son] after the screening and all the people were coming out and he was going to make a scene and drag him out and stuff. Then I realized, I think something good will ultimately come out of it, because at least it’s creating dialogue. But it was intense.

JL: I was talking to this senior VP at the studio who called me Tuesday, and he was trying to get numbers for Perry [Shen] and Roger [Fan, two stars of Better Luck Tomorrow]. He was telling me he’d wanted to make this Asian American project for years, but he knew it wasn’t going to get green lighted. But after [Better Luck Tomorrow’s] opening weekend, he thought that it has a really good shot, so he wanted to get everything together.

JL: Yeah, yeah, yeah. It’s human nature, I guess. Because also a lot of people like to say, ‘Oh, so you made an Asian American film because you knew you could exploit that.’

JM: You saw the market, and it was untapped...

But also, I have to say, it was funny, in ‘95 when I saw your film [Mod Fuck Explosion], that was such a great screening. It was that one screening at NAATA [in San Francisco], and the sound went out, and your cast was there...

JM: Oh my god! I forgot that! All the leads were there, and they had their lines down, so they started shouting out their lines from the audience. They almost had a perfect lip-synch going...

JL: That was the highlight for me. Because you had your crew, and you had your cast, and it seemed like you guys were really tight. And I had just gotten out of film school, and I had my first short film and got in...

JM: Wait, what short film did you do?

JL: It was called Soybean Milk. And I remember I had all these ideas when I was driving up with Quentin [Lee] to the festival, and I was like, ‘Man, this is my community!’ And I got here and there was a lot of backstabbing, and people were very snide, and there was a lot of negative energy. And I realized real quick that it’s hard for me to expect that we’re all going to be a community just because we’re all the same color; that’s just not fair! And that was the one saving [grace] — I went to see your film and I went, ‘Wow, one day, I would hope to work in that kind of environment.’

JM: Oh, man! You know what, I’m so glad you got that impression, because that was a hard movie to make. There were four producers, and by the end of production, they couldn’t all sit in the same room. We had to have separate meetings. I was the glue between everybody. To this day, some of the producers aren’t talking! It was definitely a fun movie to make. It was stressful, and people do get along, but it felt like being in a band.

JL: That was the one where I was really like, for whatever reason, if I could try to stay true and try to create some energy like that, that’s what filmmaking is. Because it’s so hard. I also know that in film school a lot of times, a lot of people are like, I would never sell out and make studio films! But I do think that for me, it’s a different monster. Having that opportunity is even like…

JM: When I was younger, I saw it as black and white — you’re either pure or you sell out. I see it in every shade of gray now. I think there’s an element of sell-out in everyone’s life, whether it’s going to a job you hate, or you lie to someone, you represent yourself in a wrong way. Sometimes you have to make compromises for the better. Even low budget, having no money is a compromise, that’s the weird thing.

JL: I don’t think I’m ever going to get any money from [Better Luck Tomorrow]. I just talked to my accountant, and he said I’m going to run out of money in a couple of months, so I have to go back to work.

JM: I don’t think anyone realizes that as the director, you work the hardest, and you get paid last.

JM: Is that cool?

JM: Oh, shit! I’m sorry. You know, I wanted to do one of these stealth things — ‘By the way, I have a recorder right here. I’m going to take this to your attorney!’ I think [Hyphen] wanted us to just talk, and then they’re going to go through and find all the interesting moments. 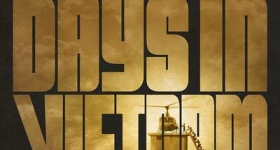 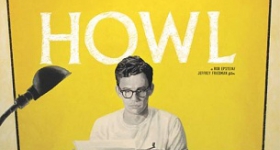 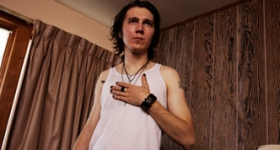