HE APPEARS out of nowhere, offering a seemingly offhand remark. He solicits her opinion as he joins her circle of friends at the bar. He's confident and implicitly spontaneous. In a seductive ballet, he deftly swings her around so that she faces him while he leans against the bar.

She laughs, if not out of amusement, then out of nervous politeness. He draws her in, whispering inaudibly into her ear. He sweeps her hair from her face.

Her friends offer a furtive glance in her direction to see if she needs an escape. They see her lean into him. Unable to communicate via facial expressions, they leave her alone as her body language suggests that she is interested in him.

One might think this guy is simply a confident, entertaining fellow having a good time. But in reality, he is executing a tried and true routine of seduction. He is Jerry Tran, otherwise known as the Asian Playboy.

Crowned in 2007 as "The World's Greatest Asian Pick-Up Artist" at the Global Seduction Summit in Hollywood, Tran is the Messianic answer to all Asian American men bridled by a lifetime of negative stereotyping in the media.

He is no different than any other pickup artist who travels around the world empowering legions of men to realize their full alpha male potential. Highlighted by Neil Strauss' bestselling book, The Game: Penetrating the secret Society of Pickup Artists, and VH1's new reality series, The Pick-Up Artist, these prophets of seduction proselytize different schools of thought by day. By night, they gallivant as modern-day Lotharios, using seduction as their only drug.

But Tran has also helped dispel some of the pervasive misrepresentations in popular culture about Asian American men, who are often villainized, desexualized and eunuchized in the collective minds of the mainstream.

Born in Texas, Tran studied as an astute aerospace engineer at the Florida Institute of Technology. But upon graduation, he experienced an exigent dissatisfaction with the direction of his social life and sought solace on the Internet, where he encountered the writings of Erik von Markovik, a.k.a. Mystery, a tall, gaunt Canadian-born master pick-up artist of German ancestry.

Tran signed up for Mystery's bootcamp as a primer for becoming a pick-up artist and diligently practiced his newly acquired craft.

"There were weeks when I trained four to seven nights a week," says Tran, 30.

For four long years, he observed and then reverse-engineered the social protocols that existed in social circles. Gradually, he developed his own system of the pick-up artistry called the "ABCs of Attraction," which leverages the use of ethnicity as an added advantage in the game of seduction. As a chronicle of his progression, he maintained a blog about his success in the field. It found a devoted following.

In 2005, Tran received a desperate call from the mother of a male devotee who was beaten up by a gang of neo-Nazis in Toronto. She requested his assistance in developing a better sense of self-confidence in her son and offered to pay all of Tran's expenses in exchange. This was the Asian Playboy's call to duty.

Since that fateful day, Tran found his calling as a sergeant of seduction, drilling Asian American boys into the new world order of the new Asian American man: sexualized, confident, dominant. But he has found that not all are receptive to his message.

"There's been a lot of anger [among Asian American males]. You can either do something about it or you can wallow in your own self-pity," Tran says.

The ones who wallow are the ones who Tran can't help. "They don't want to take responsibility for their own mediocrity in their life," he explains.

Asian feminists have also voiced their objection to the inherently misogynistic principles that underlie the game of the seduction.

"They despise me," he laughs, "[but] I'm not an ethics instructor-I'm a dating coach."

At a recent New York bootcamp, fellow compatriots were quick to jump to the Asian Playboy's defense.

"The feminists have a problem with the fact that he calls himself a playboy," a young pick-up protege named Saffron explains. "But they don't take issue with the idea of a [white] playboy."

Indeed, there was a strong sense of fraternity among this motley band of brothers fused by a shared experience of struggle and a common ideology of seduction. All of them ready for the sexual liberation of Asian American men.

"I get the girls that every white man wishes he can get!" the Asian Playboy cries, leading the charge for seductive empowerment, with his coattails sashaying in the breezy gust of the collective sighs of relief from socially-indigent Asian American men everywhere. 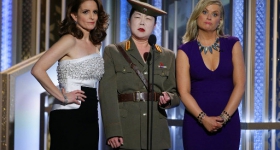 JT "Asian Playb... wrote on Wed, 05/11/2011 - 4:19pm
First, I'd like to thank David for putting me (my stage/pen name being "Asian Playboy") and my company (the ABCs of Attraction) in this story about representing Asian men and enhancing our image as masculine and confident and not the stereotypes that the media perpetuates, a subject near and dear to my heart. Obviously, my approach is from an alternative angle- helping Asian men be confident and successful in their dating, sex life, and romantic life- but achieving confidence is something both universal and something that can be applied to all areas of our lives. My students have gone off to have sexual adventures, but to also fall in love, settle down, and get married. It is so SO important for Asian Americans to learn that emotional intelligence is a HIGHER PREDICTOR OF SUCCESS than simply your grades and college education. Working with people, interacting with them with confidence is what will make you both successful and happy. The mission statement of my company falls in line with wanting to help my Asian brothers be successful in all areas of their lives. My first client, in fact, was a Canadian Chinese mother who called me up after hearing about me from her son. She literally hired my to fly up to Toronto and help socialize her son who had been harassed by neo-Nazis in highschool. And for three days and three nights, I was the big brother he never had, teaching him the secret language that Wesley points out in the beginning of the story. Anyways, hopefully Asian Americans who read this will begin to strike out on their own, to be more successful, and to achieve their own happiness. And if I and my company can be of any small help in that part, I am proud to do my part. JT Tran http://www.abcsofattraction.com
JT Tran wrote on Thu, 03/15/2012 - 3:53pm
Recently ABC Nightline and Emmy winning female report Juju Chang taped us live during class and in the infield and in action to expose what it is that we really do... SMASHING STEREOTYPES: http://www.youtube.com/watch?v=W1ZRcYGVp4k