IT WAS THE PHRASE "loving couple" that touched my heart one spring day during my senior year of college in 2007. Glancing over my dinner of Lucky Charms, jelly beans and Diet Coke, I noticed an advertisement in my newspaper: "Loving couple seeks an intelligent, healthy egg donor of Chinese descent. With SAT scores above 1450 and no major family medical issues, aged 21-32." Four years of pre-medical courses had impressed upon me the grief of infertility, which affects 1.2 million women a year. I decided to answer the ad. A few weeks later, I received an offer of $30,000 for my time as an egg donor.

I acknowledge the traits I received from my egg donor-my mother-such as paintbrush-thick hair that refuses to curl under the barrage of any drugstore hair product known to man, a tenor in my cough when I am ill, and a mule-like stubbornness in spirit. Despite all this, I felt grateful for inheriting my parents' blessing of opportunity. Their unwavering faith in me was dominant over genetics, capable of overcoming other unfortunate traits I possessed.

Being the recipient of such fortunate inheritance instilled in me a duty to give, expressed for the first time when my mother admonished me for spending Saturday mornings at the mall and instead drove me to the other side of town to tutor the children of local Chinese immigrant families. Early altruistic acts carry the awkward expectation that we are here to care for somebody less fortunate, executed with the confidence that we have enough in life, and more to give to those who are so unlike ourselves. Yet, caring for others is an act with uncontrollable elements because we recognize, gratifyingly, that we are all connected as human beings. For me, the urge to "give" snowballed into a happy duty to donate things whenever I could: my time, my clothes, my blood, my hair to make wigs for cancer victims and now my eggs.

Despite my initial enthusiasm, I felt some apprehension about donating my eggs. As a liberal, I was comfortable with relinquishing maternal sentiment to the woman who would raise the child. As a staunch feminist, I believed in a woman's choice to wait to have children. And I've always supported every procedure that empowers women to decide their reproductive fate. Yet I struggled with the idea of accepting money for something I would do for free. If I accepted the money, would I look back on my actions in the future with pride?

I also questioned if traits could really be purchased. As I considered the parameters of the ad, I shivered in insecurity-what if, for $30,000, my egg still didn't perform? What if my egg prefers television to books? Shopping to studying? (I suppose that the apple wouldn't fall so far from the tree.)

The purpose of egg donation is to help women experience the intimacy of pregnancy. Many mothers want to share their genetic identity with the children they carry. As Asian American eggs are lower in supply compared to other racial groups, they are more marketable and in demand. Perhaps it is this mixing of money with genetics that I take issue with. There are some traits you can buy and some you cannot.

I owe most of my success to my parents, but perseverance is born out of strands of stories woven together with hope, not nucleotides. My genetic makeup was the product of romance and great love. The thought of putting a price tag on my identity was something I felt uncomfortable with.

Still, don't be surprised if someday you see a listing in an egg donor catalog for a Chinese woman with thick black hair. You will know it's me because I will explain that I hope to be helpful to a loving couple and that if they will allow my child leeway for television and shopping along with books, I just might do it for free.

Carol Duh graduated from Yale University in 2007 and began her first year at Vanderbilt Medical School in August 2008. 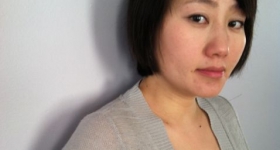 Through the Long Winter: A Look Back at Radiolab's Yellow Rain Controversy