The United States of Asian America

What is the New Asian American Story? And where are the new pockets of influences coming from?

In California, Asian American-owned companies have transformed the economic landscape and are emblematic of a new breed of Asians on the move: highly educated and savvy entrepreneurs who have created multimillion-dollar businesses. Asian American investments have also kept the economy buoyant in many other parts of America. But it's the Tibetans in Colorado and Laotians in Louisiana that are making a splash.

This visual mapping explores the cultural landscape of Asian American settlement and communities across the United States, focusing on patterns since the late 1990s and how they propagate new influences in mainstream American culture.

Within the context of this article, Asian Americans are defined as ethnic groups from East Asia, Southeast Asia and the Indian subcontinent.

Many of the more than 53,000 Indonesians in the United States immigrated to attend colleges or graduate schools. Approximately 80 percent of Indonesian students are male, and half are between the ages of 31 and 35. Over half worked as professionals for several years after aquiring undergraduate degrees in Indonesia.

The majority reside in large cities such as Los Angeles, San Francisco, Houston, New York and Chicago. An estimated 13,000 to 15,000 live in the San Francisco Bay Area, most of Indonesian Chinese descent.

Los Angeles has the largest Thai population outside of Thailand and the world's first Thai Town; about 70 percent of all Thai Americans live there. Is it just a coincidence that Bangkok in Thai is known as Krung Thep (which roughly translates to "City of Angels")?

Other cities with sizable Thai populations include Chicago, Houston, and Philadelphia.

These Tibetans then began moving to 22 other cluster sites, located primarily in the Northeast, Great Lakes and lntermountain West. Other communities include Austin, TX, and Charlottesville, VA. Colorado has one of the highest concentrations of Tibetans in North America. There are now more than 10,000 Tibetans and 30 Tibetan community associations in the United States.

After California, Texas has the second largest Vietnamese population in the United States, accounting for one out of every four foreign-born Asian in the state.

The growth of other Southeast Asian communities outside New Orleans emerged because of new job opportunities produced by the Louisiana oil boom and by federal funding for job training.

Vietnamese, Cambodians and Laotians flocked to Alabama in the late 1980s for the warm climate and jobs in the shrimp and crab business that were being abandoned by white and black workers.

In Bayou La Batre, at the tip of Mobile Bay, a third of the old Cajun fishing village's 2,600 inhabitants are now Vietnamese or Cambodian.

The largest group of Asian Americans in Atlanta is from the South Asian subcontinent: Asian Indians, Bangladeshis and Pakistanis. Members of an educated work force, they were drawn to Atlanta's white-collar jobs in professional, scientific and technical industries, which employ one in five of Asian Indians in the metropolis.

Atlanta is also home to Vietnamese, Koreans and Chinese. Nearly one-third of the Vietnamese work in the city's manufacturing industry. Koreans became the small shopkeepers of Greater Atlanta, while the Chinese often came with educational credentials, also seeking white-collar jobs.

Minneapolis and its twin city, St. Paul, have an estimated 35,000 Hmong residents, the highest urban population of Hmongs in the United States.

In 2002, Mee Moua became the first Hmong American to become a state legislator. Now serving her second term as Minnesota state sentator, she chairs the judiciary committee and holds the highest office of any Hmong American politician.

Since 2006, over 10,000 refugees from Myanmar have resettled in the United States. Most are located in New York City; California; Amarillo, TX; Washington, D.C.; and Fort Wayne, IN.

The Washington, D.C., area is also emerging as a hub for ethnic Chin, a minority that speaks a distinctive language, practices Christianity and hails from western Burma.

In Rhode Island, much of the Asian population growth began with two Cambodian students who found themselves unable to return to their homeland after it fell to the Khmer Rouge in 1975. After settling, they sponsored Cambodian refugee families, who in turn sponsored other families to the region.

An estimated 15,000 to 18,000 Mongolians live in the United States, with large enclaves in California, Colorado, Illinois and Arlington, VA, which is home to about 2,600 Mongolians.

Mongolians in Arlington are a new phenomenon, with most arriving in the past five years, coming on student and tourist visas, and helping each other find jobs and apartments. After English and Spanish, the local school system's most common language is Mongolian. Arlington has no Mongolian restaurants, but there is a Mongolian weekly newspaper.

About 66,000 Korean Americans reside in the Washington, D.C., metropolitan area.

Annandale, VA, is 18 percent Asian and now home to Korean businesses like bakeries selling Korean pastries and video stores specializing in Korean movies and TV dramas. The city is poised for redevelopment into a town center of high-priced condominiums, landscaped fountains and public spaces funded by Korean American real estate developers like Michael and Brian Kim, both prominent Korean voices in the debate over the city's future.

LISA YONG, who created the map of emerging Asian American communities in this issue, found the medium particularly suited to this issue's theme: "Personally, I love to explore the minutiae of info-graphics. Your eyes don't know where to start, and part of the discovery is like a journey - a road trip." Yong is the driving force behind Y Vision, the research arm of San Francisco's Y Studios (ystudios.com), where she helps Asian and Western companies develop culturally appropriate design solutions and business strategies. She has previously worked with MTV Asia, WGSN, Style Vision and Marie Claire. Compiled by Lisa Wong Macabasco 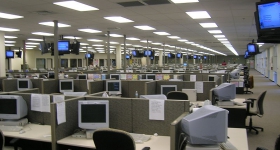 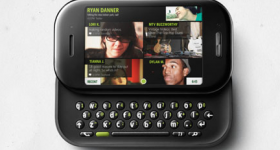